The Comment Commanders need a new lucky rabbit’s foot, or a bigger one. Their current model failed to prevent a Pod IFV potting their (inadequately) armoured car two seconds into turn number ten.

Annoyingly for Recon Team Bravo, and Muttley and Droopy, our two TOW Mutts, the BMP responsible for the BRDM-2’s demise doesn’t stick around to savour its victory. All three units get fleeting glimpses of the assassin as it speedily reverses up the embankment then backs across the highway. 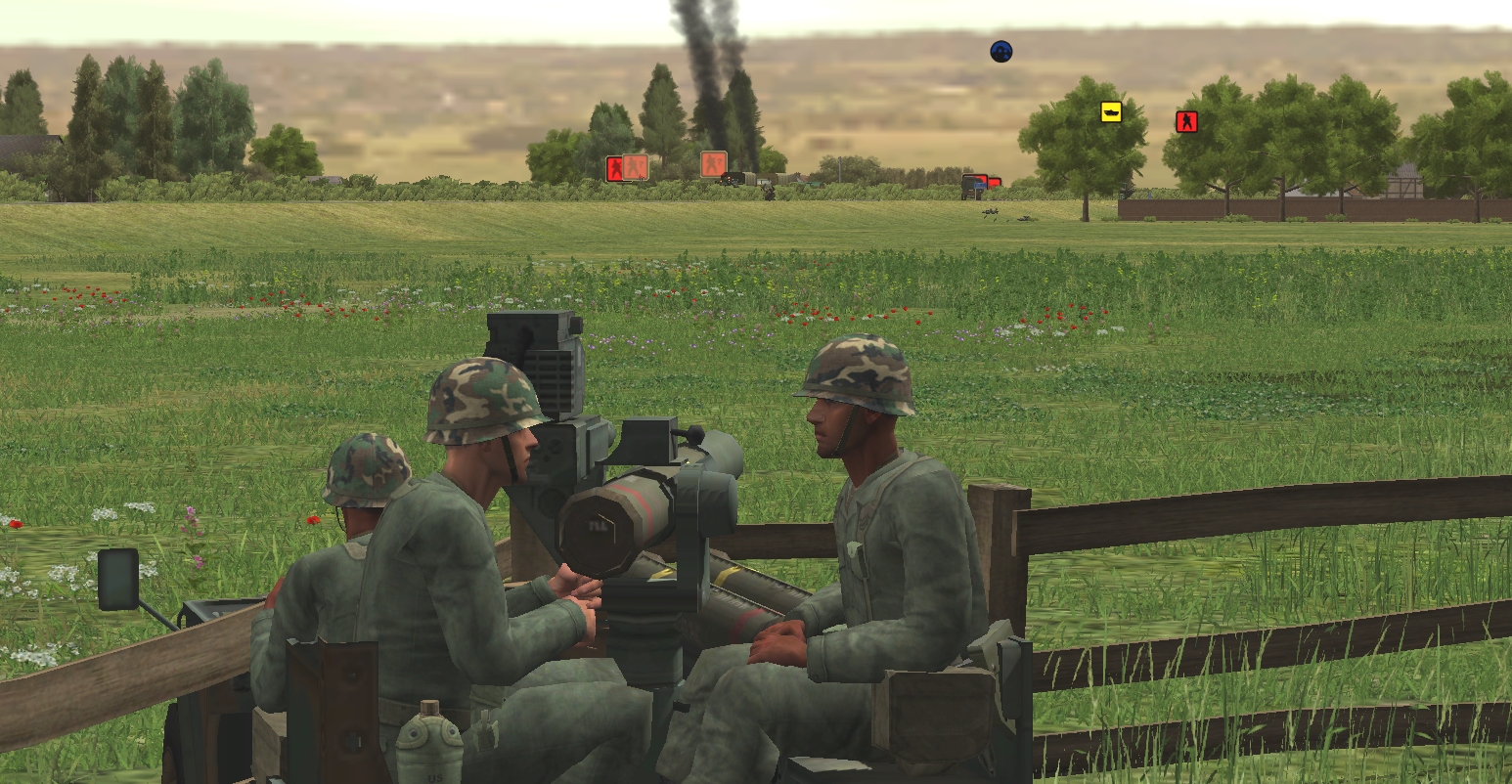 While the Zens artfully scattered about Strupnic don’t bag anything big this sixty, they do neutralise…

The bloke in question emerged from a MT-LB that appeared on the northern slope of the embankment mid-way through the turn. How this vehicle slipped into the village unobserved by Viktor or more recent dovecot tenants, we may never know. The MT-LB also disgorges an LMG team. Said team are taking fire from the hotel when the turn ends. 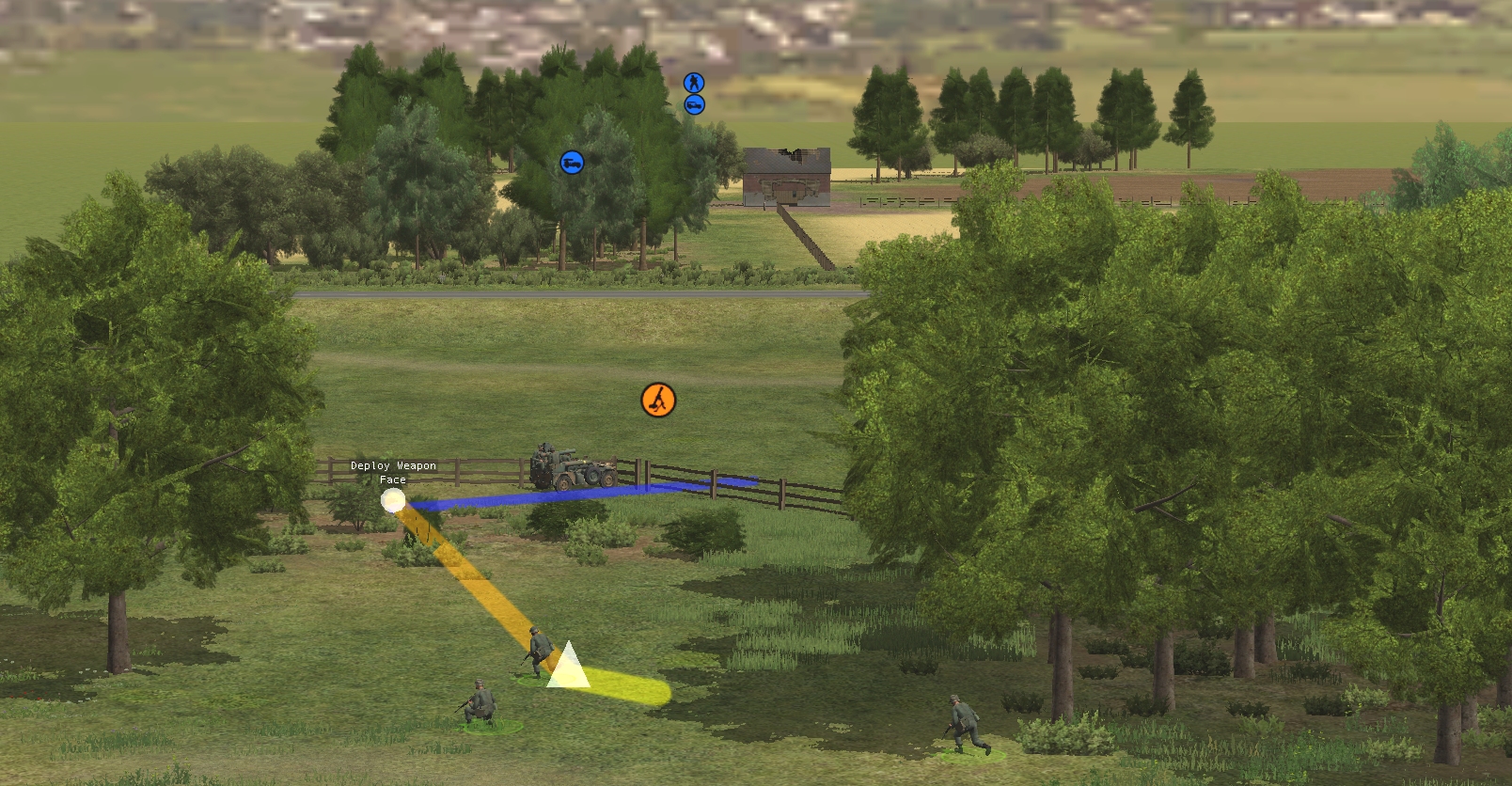 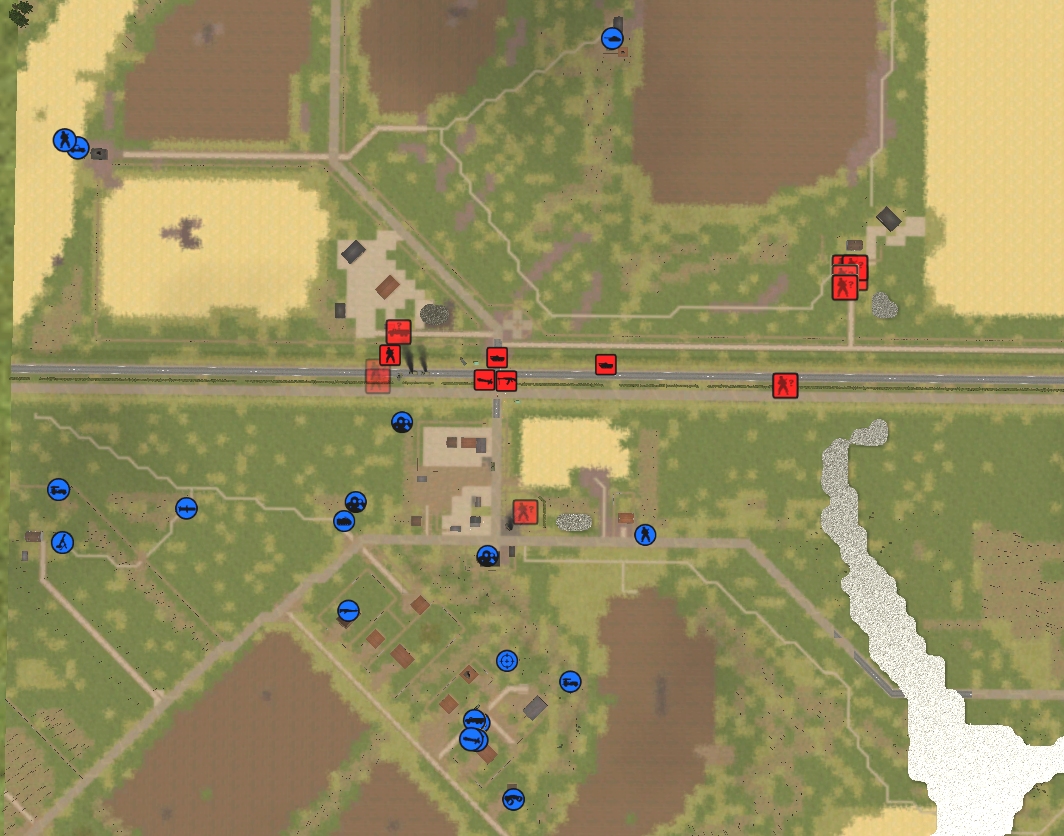 At the start of turn 11 the only friendly with eyes on the BMP is the BRDM commander.