Having identified the most enjoyable wargames ever made, singling out the battle sims most likely to turn genre curiosity into genre passion, shouldn’t be beyond us. What makes the perfect introductory wargame? These are the qualities I look for in gateway grognardiana… 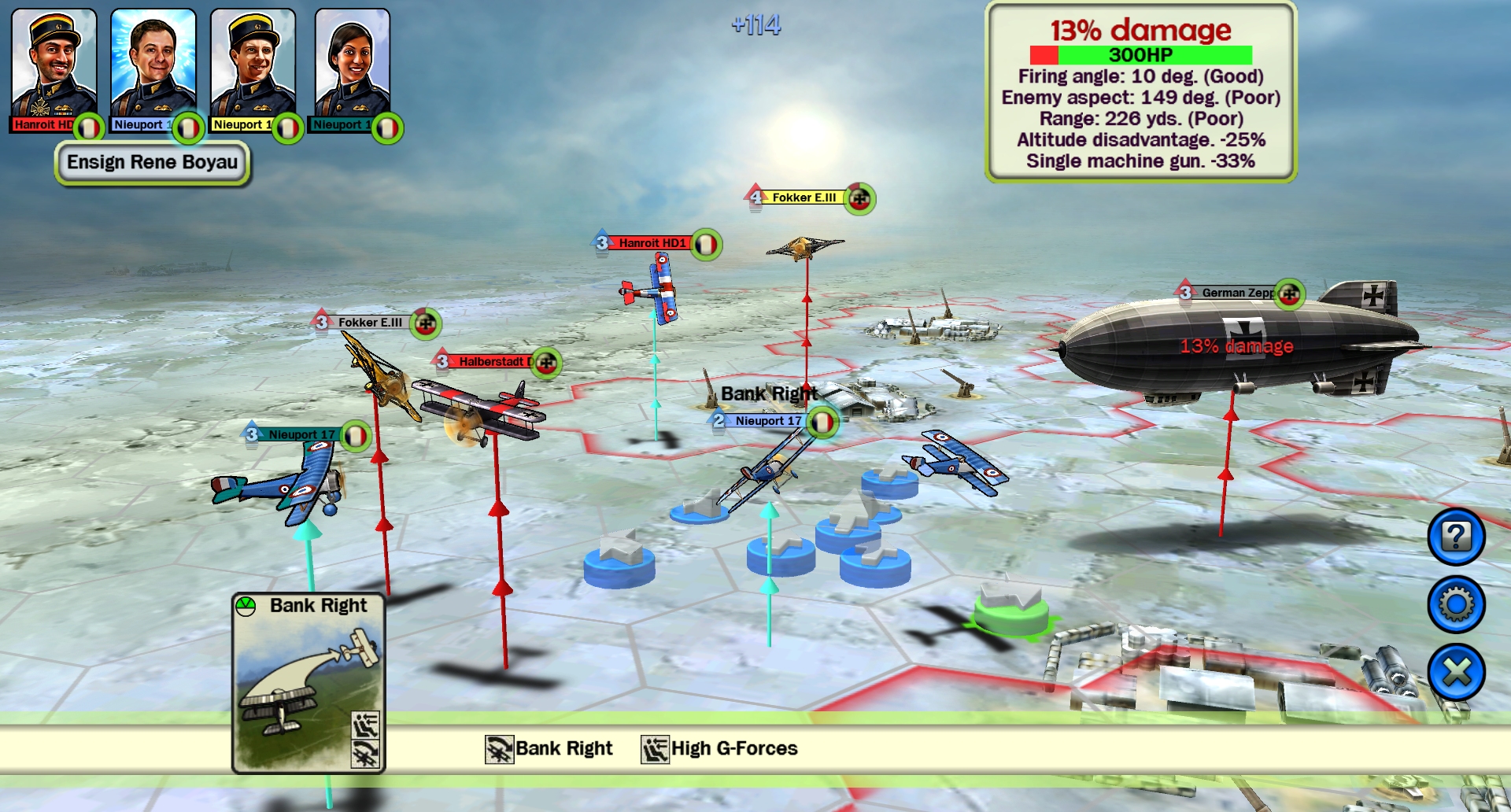 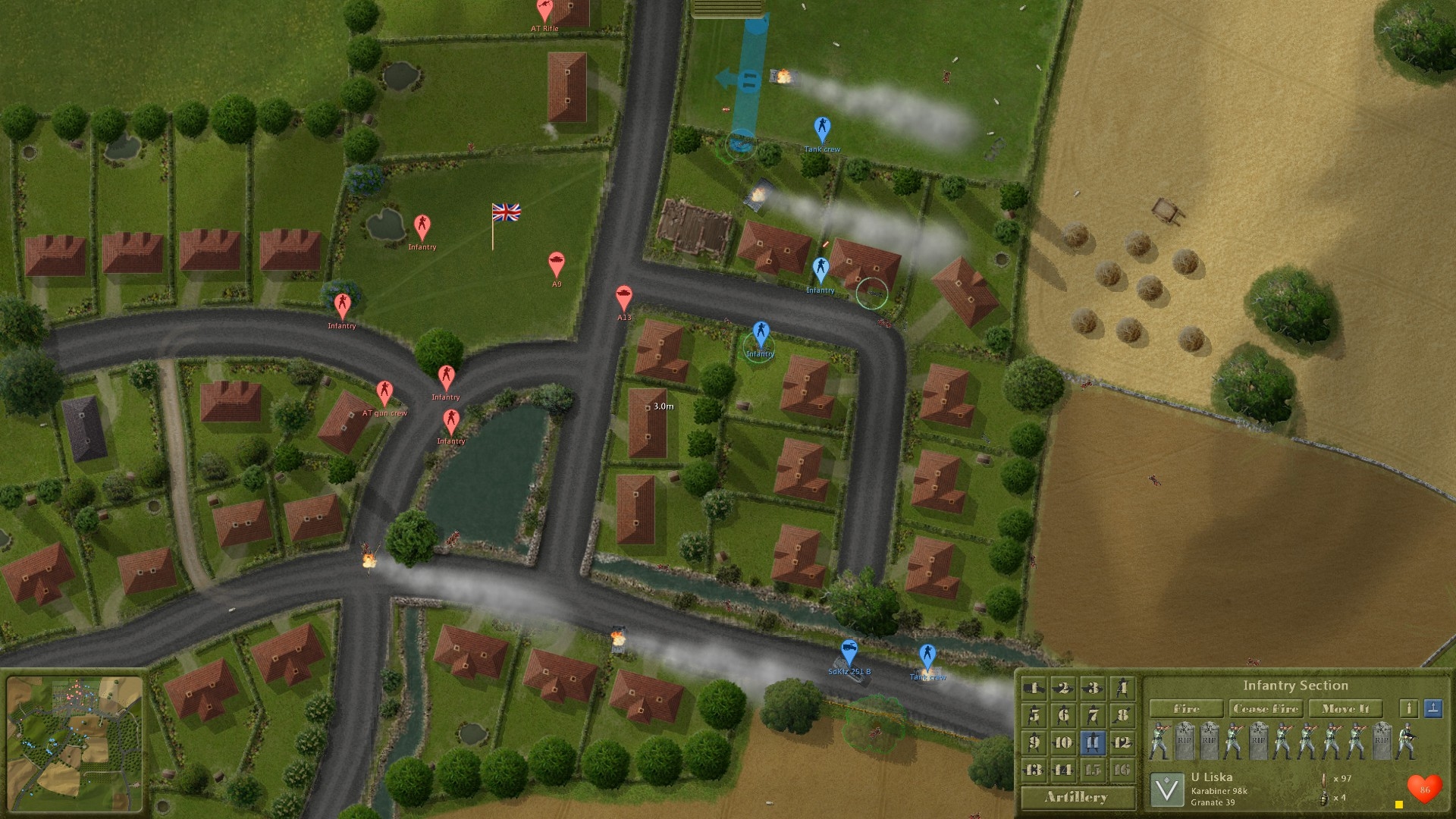 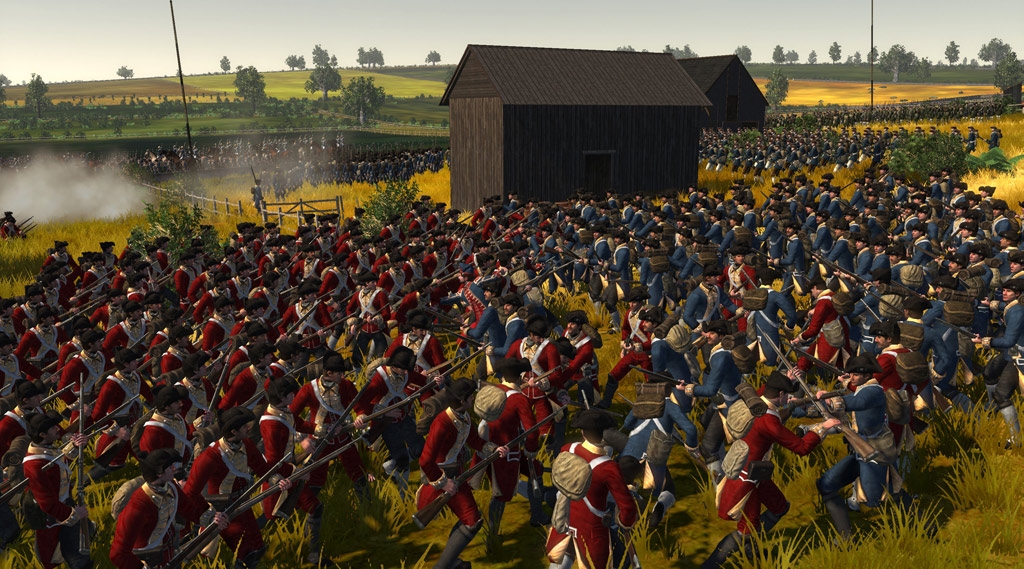 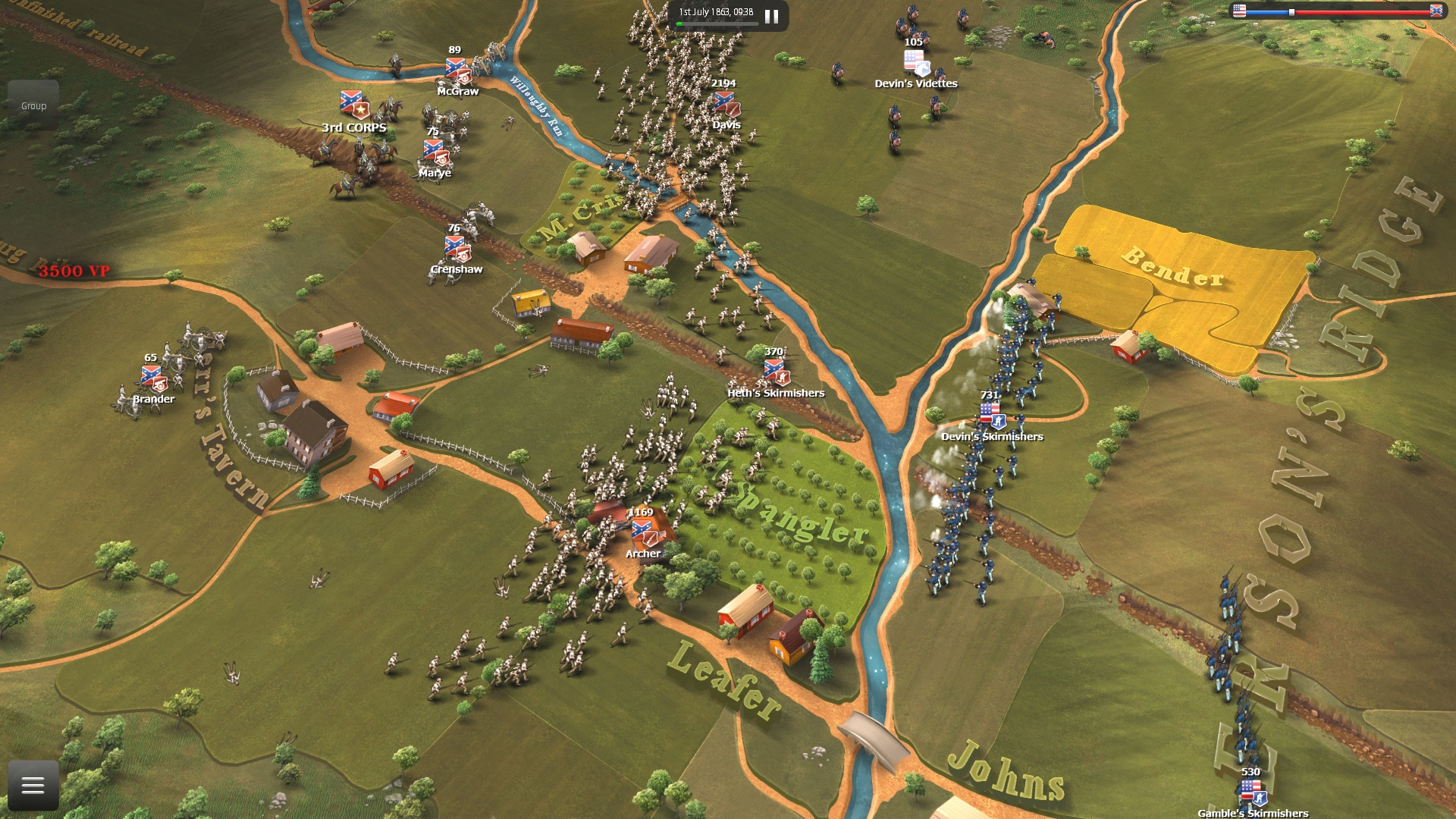 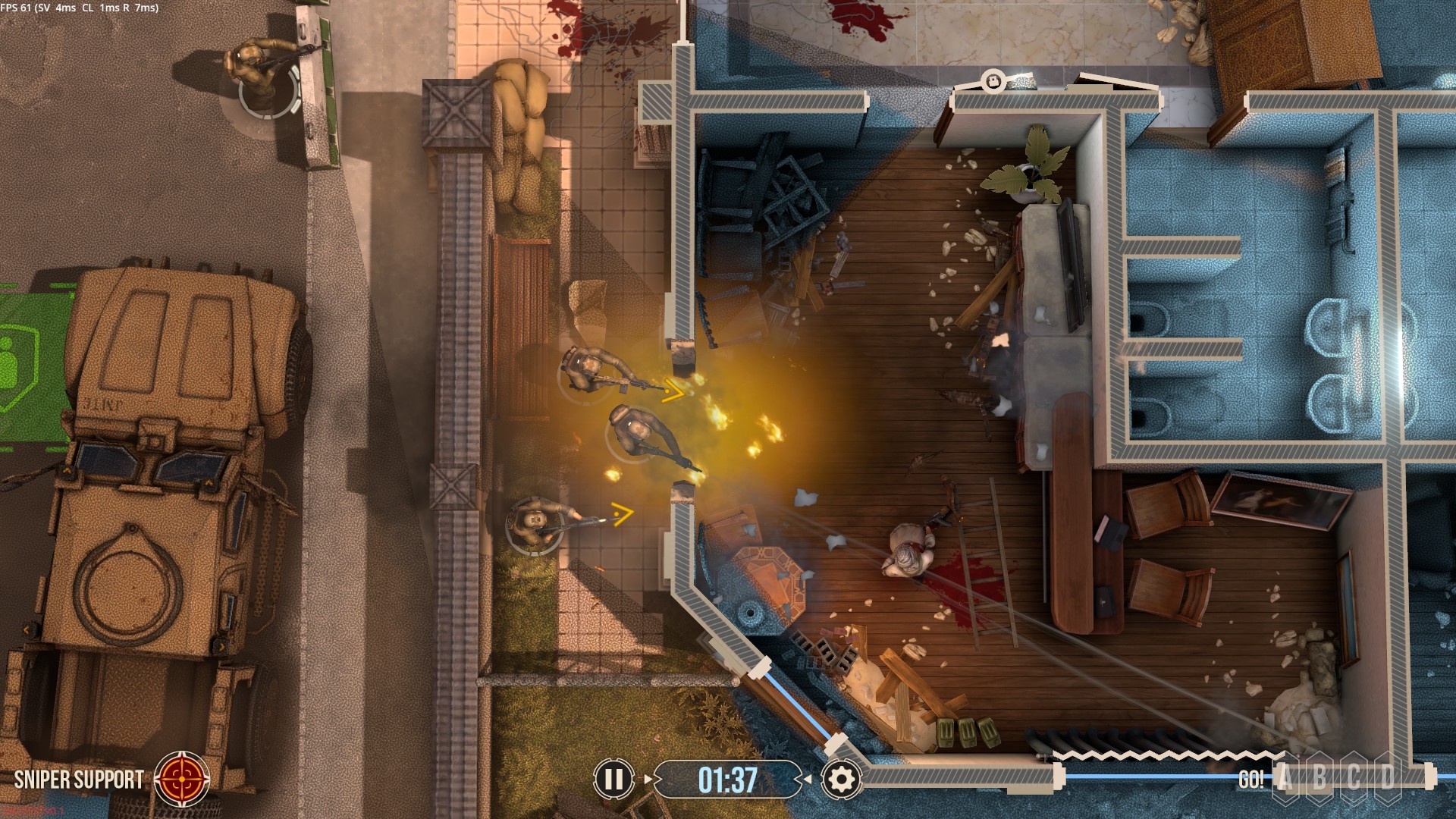 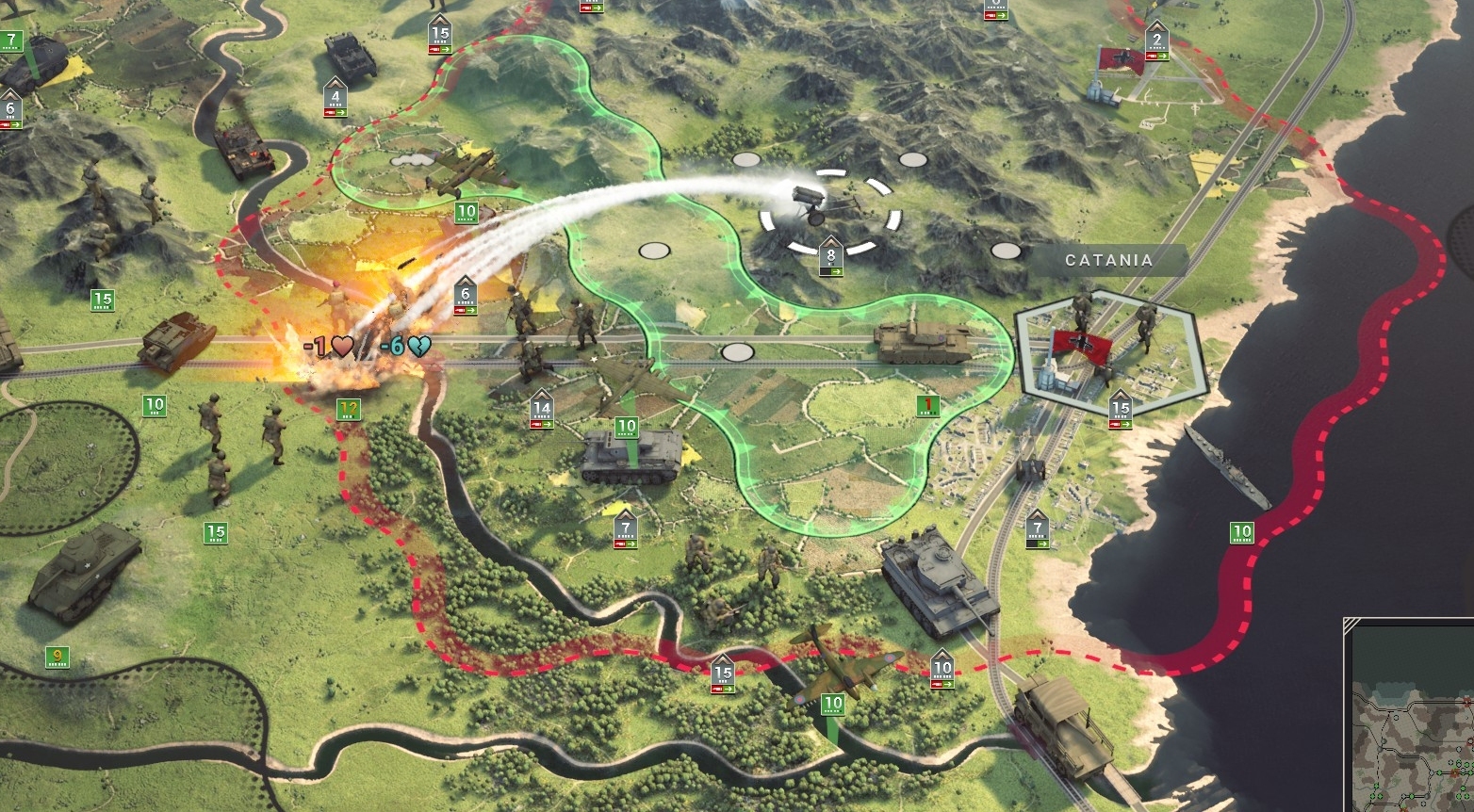 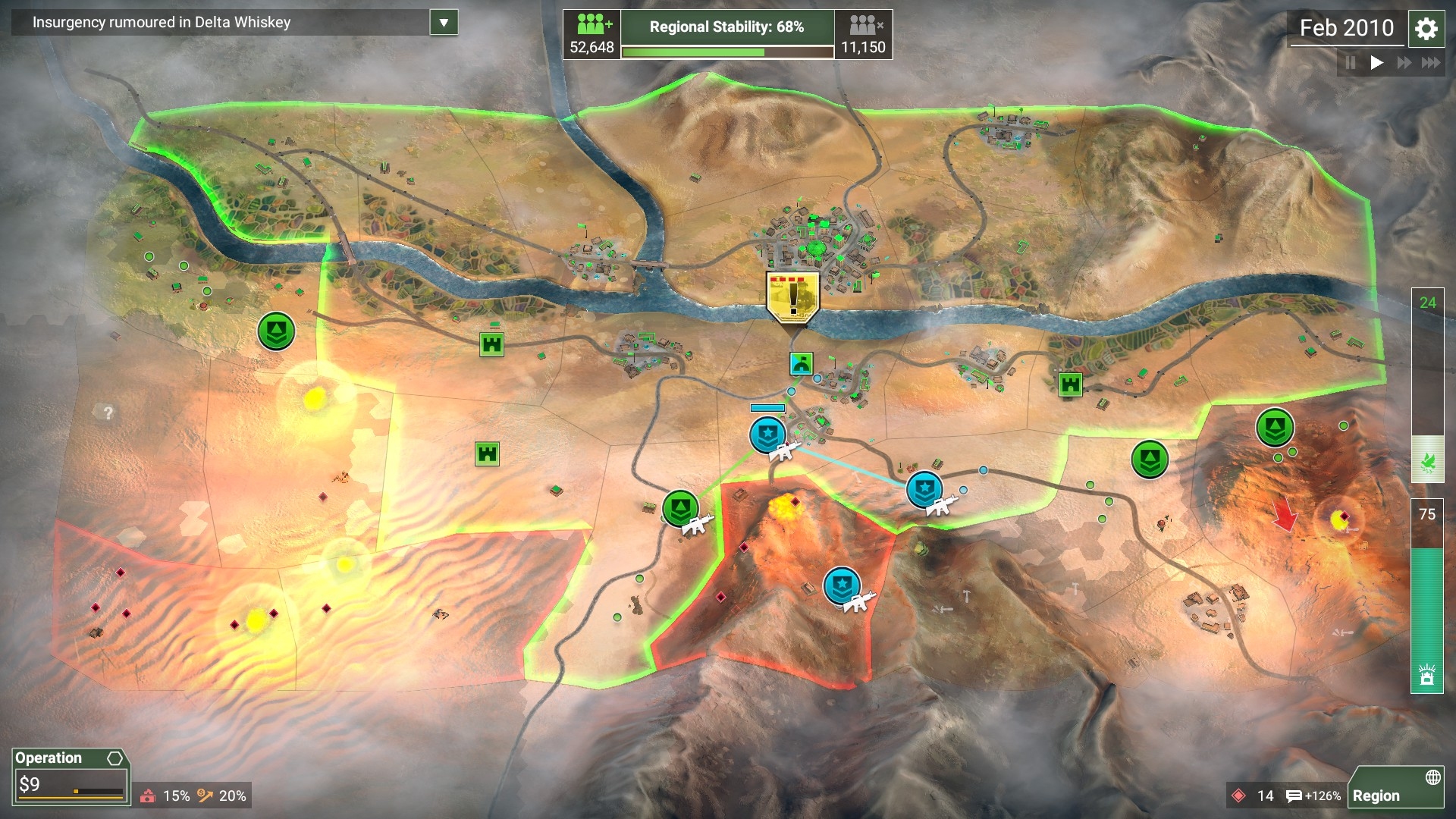 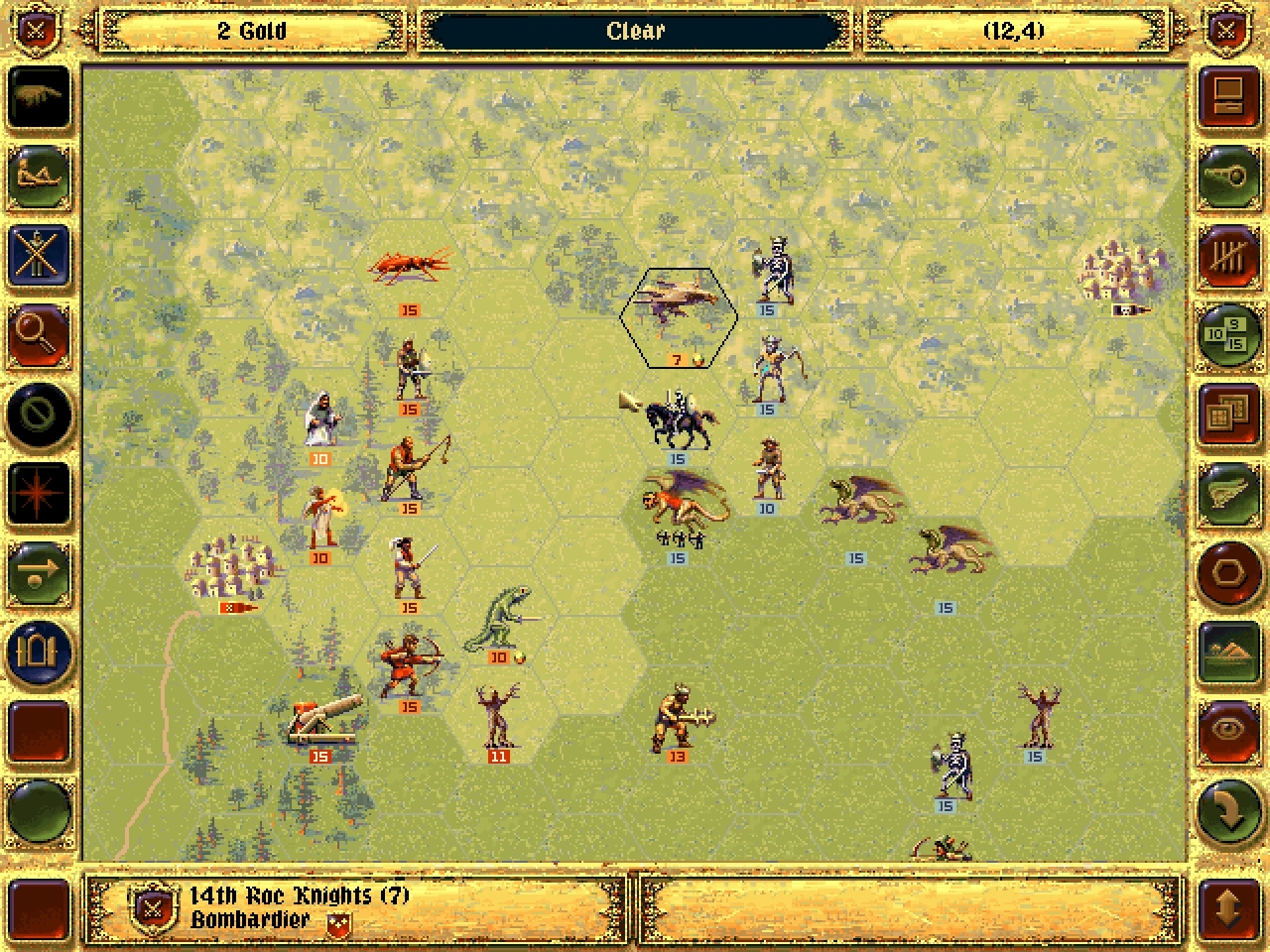 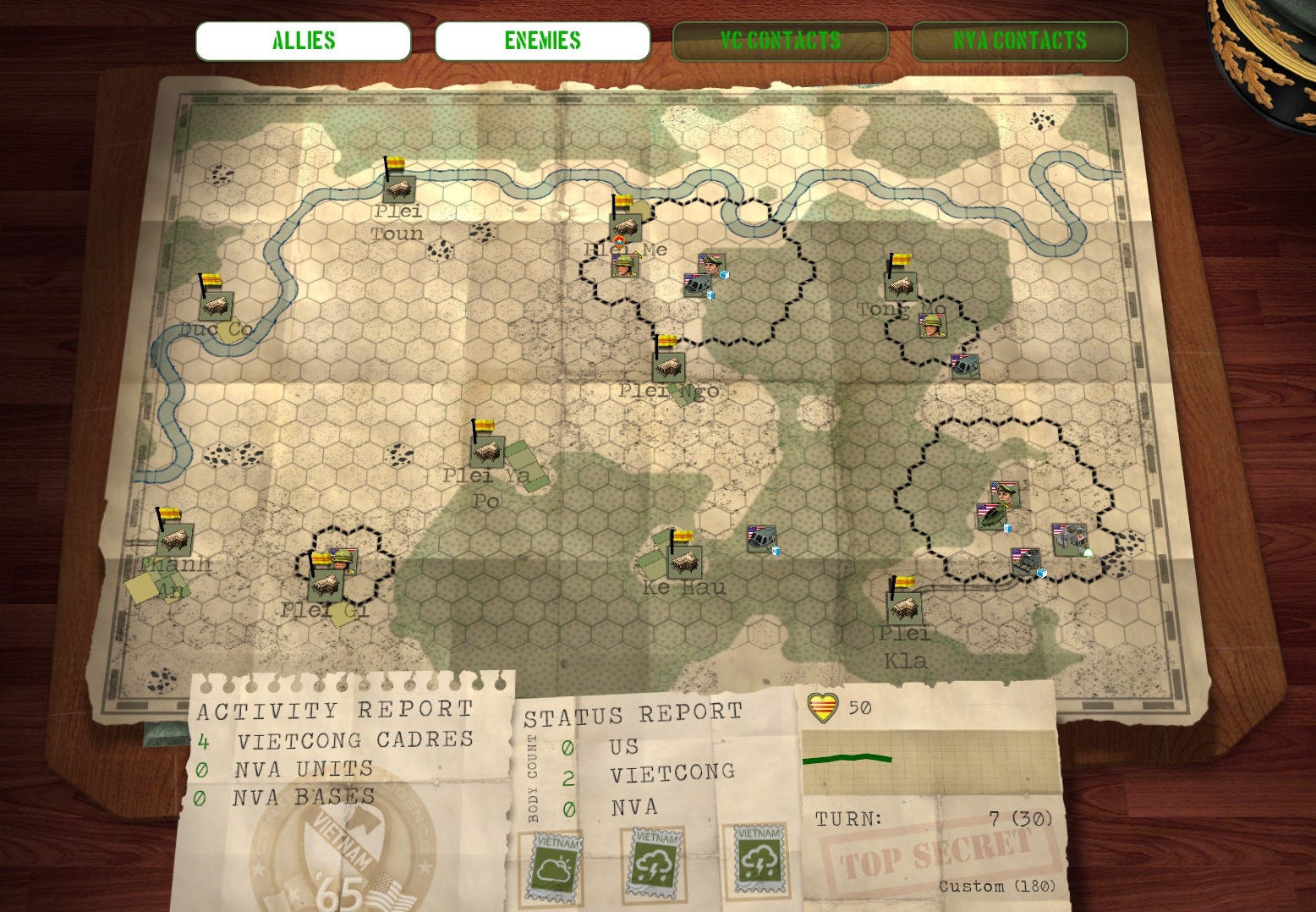 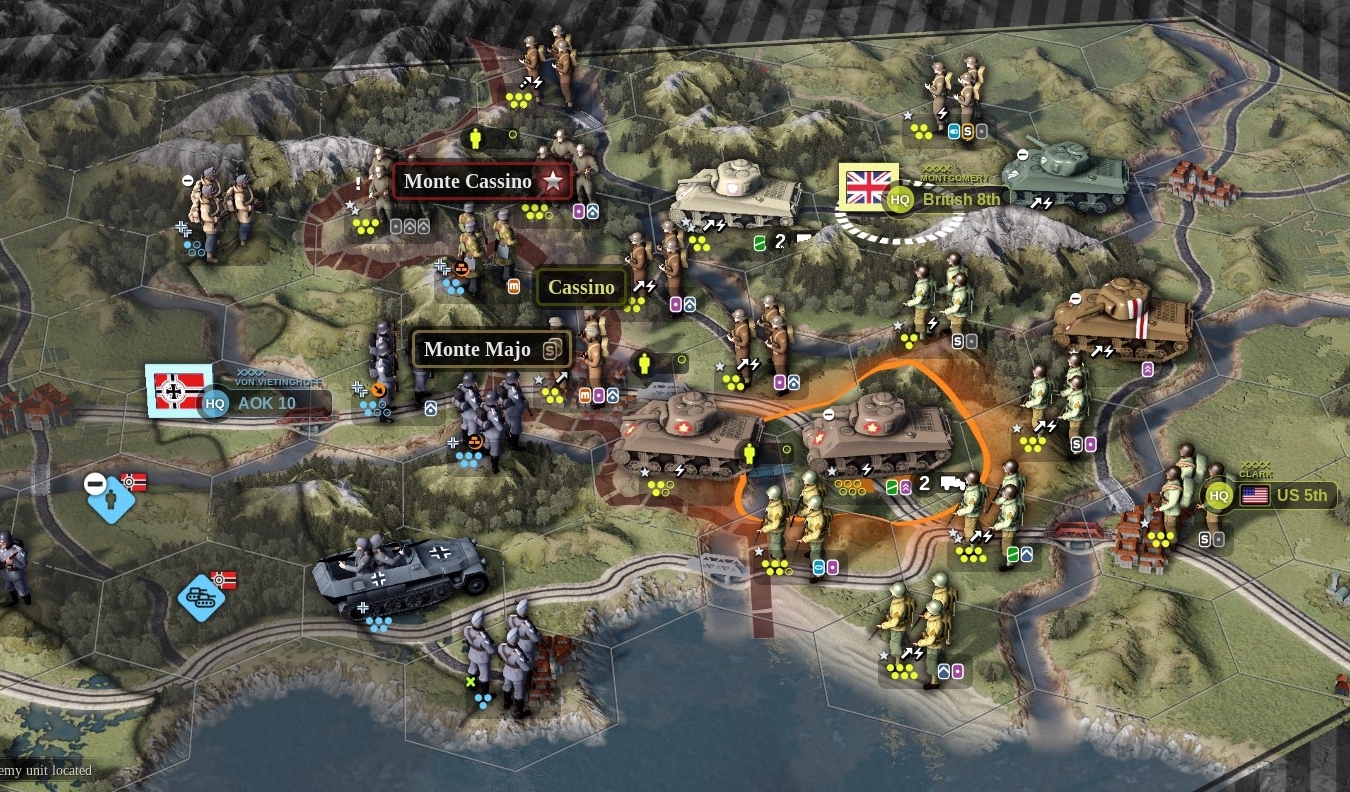 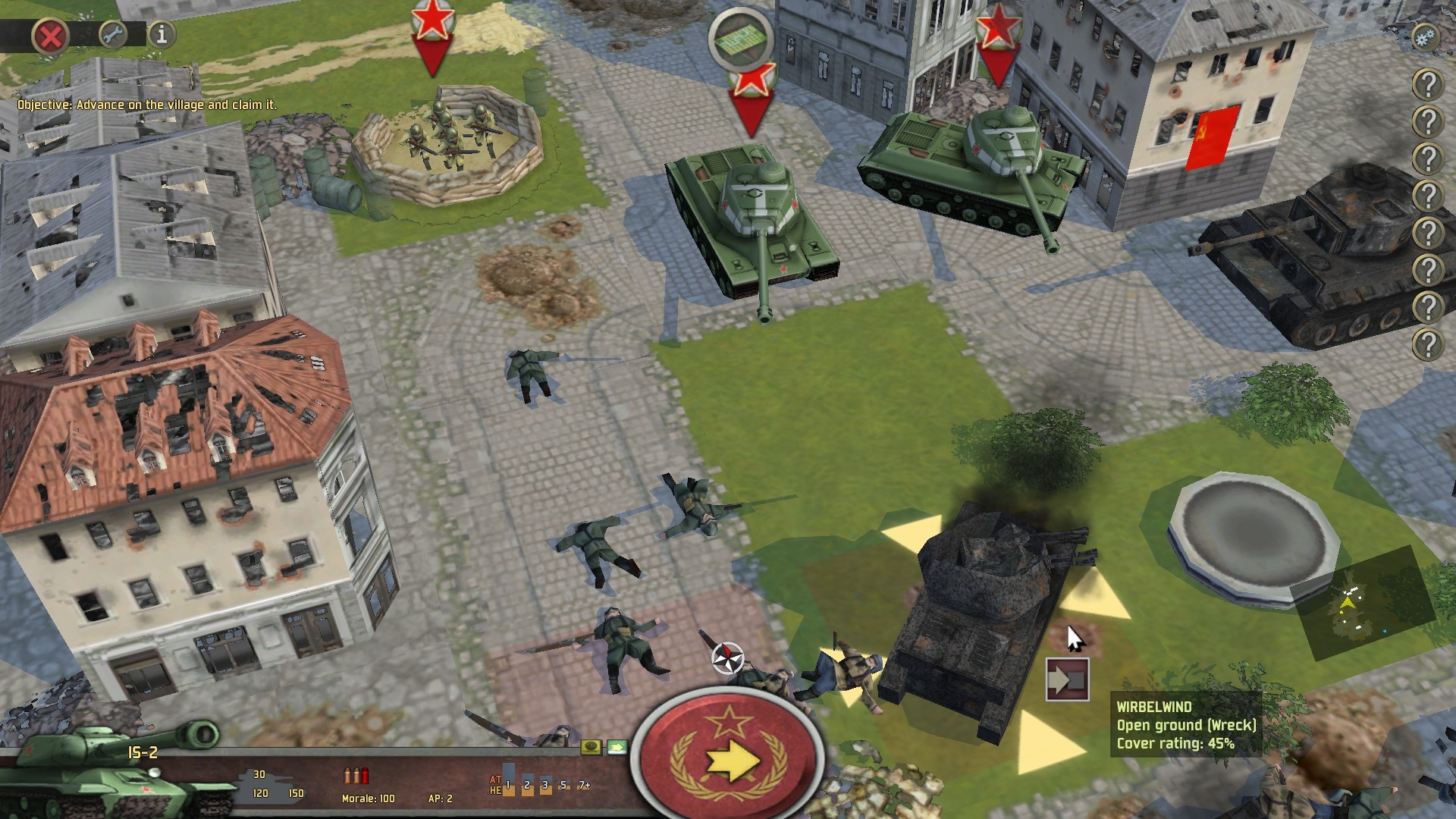 If there’s a title that ticks all of these boxes, I’m unaware of it. Of the clutch of games that almost qualify, if push came to shove I’d probably pick Battle Academy 2 as the most deserving of the title ‘Best Introductory Wargame’. Temporarily deprived of Second Front earlier this week (the limited public playtest is now over) I sought solace in the game that in look, feel, and design philosophy is arguably closest to it. While Slitherine’s 2014 sequel can’t hold a candle to SF in some respects, in others it enjoys a clear edge. 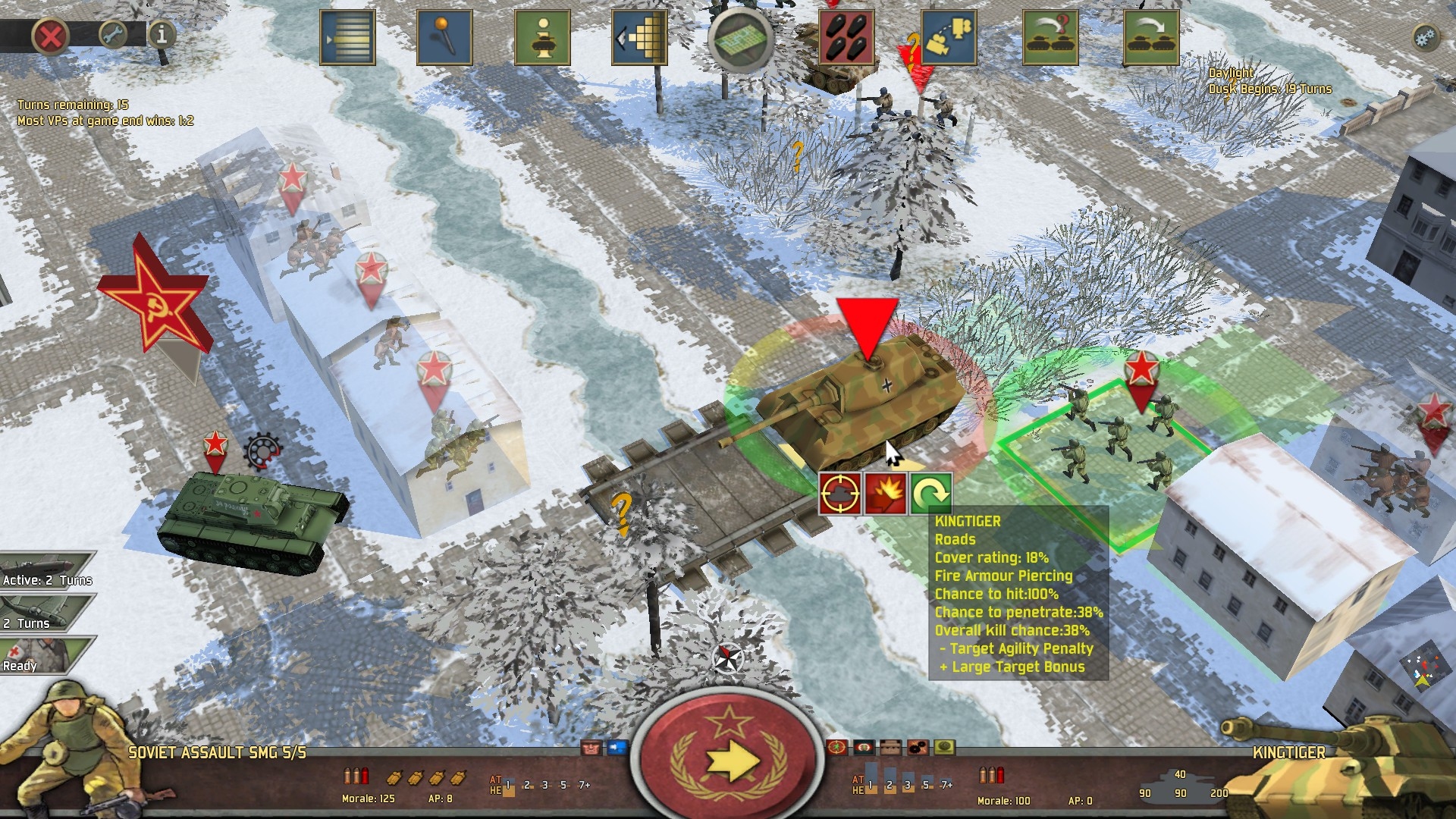 Initially, I missed individual leaders and heroes, weapon scavenging, multi-storey buildings, and the Western Front. I found myself hankering for dynamic blazes, a more powerful zoom, and SF’s excellent LoS tool. However, as one day of rapt campaigning turned into two, then three, I was reminded of the things – the many things – BA2 does extremely well. 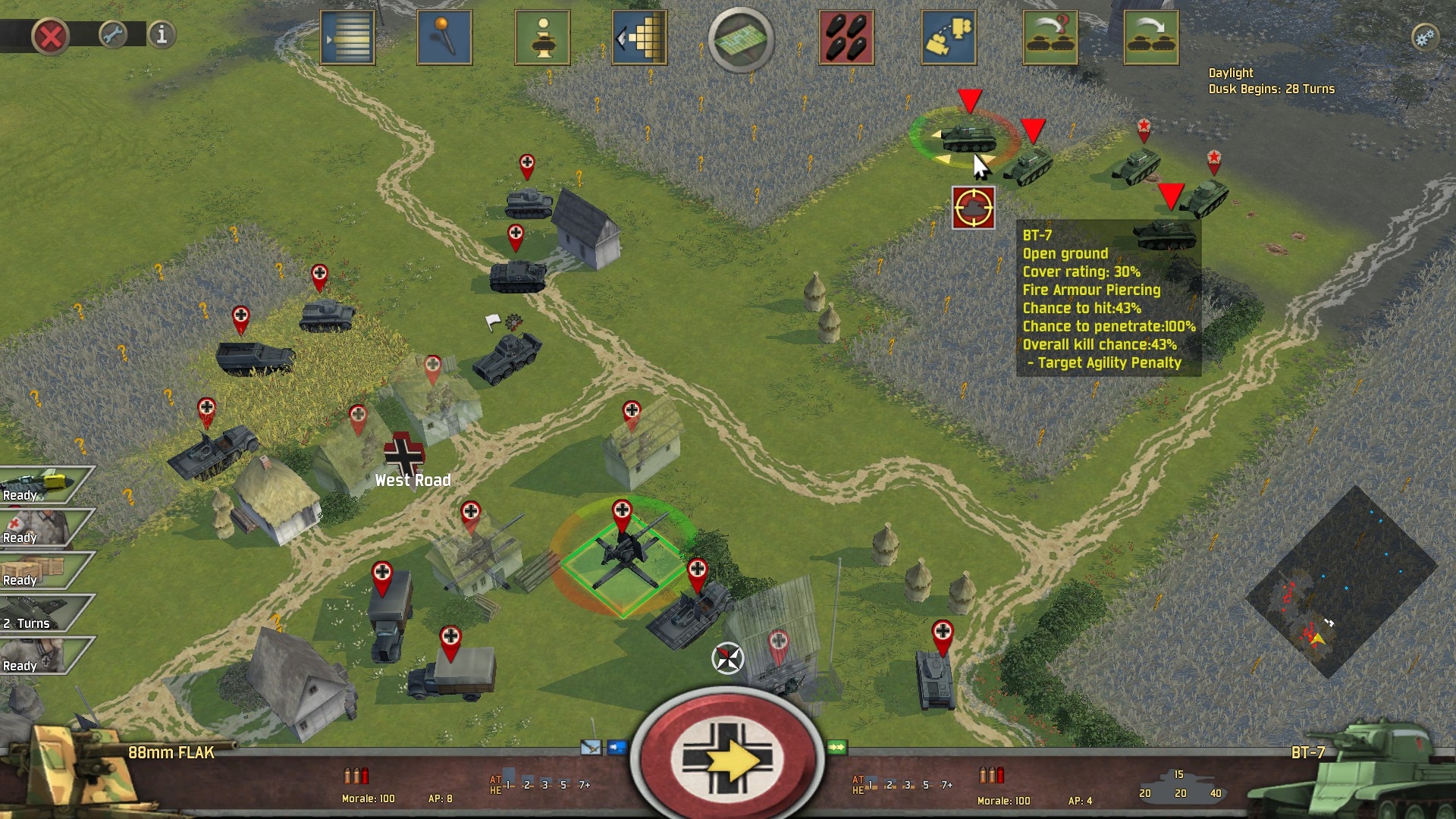 Like SF, it’s a profoundly legible TBT and an exceptionally ergonomic one. Potentially fiddly tasks like taxiing troops about and transporting AT guns, are oh so simple. Pithy targetting texts allow me to quickly weigh up whether I should take-on that T-34 by the hayrick or have a shy at the KV-1 beside the stream instead. Unhindered by complex phasing, even large, busy scenarios, proceed at a fair old lick. 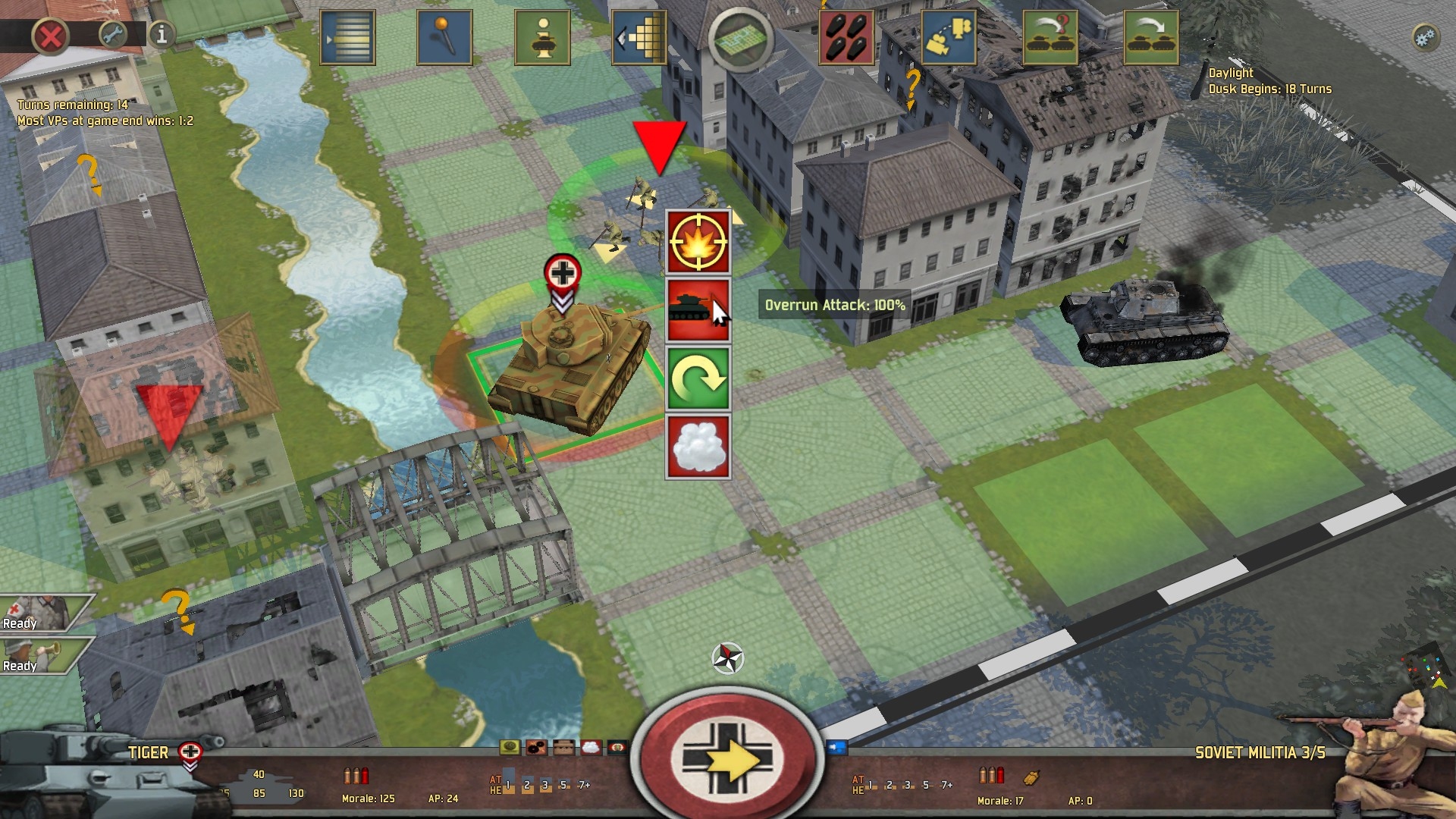 The complicated relationship between infantry and armour that, ineptly handled, can break a WW2 tactical wargame, is deftly dehydrated in BA2. Unsupported tanks roaming unscouted towns are seriously vulnerable. The game understands the havoc that can be caused by plucky bands of grenade- and Molotov cocktail armed ambushers, by dug-in AT guns, and close air support. Slith’s implementation of both cover and morale feel, to me, almost perfect. Angry abodes as well as grunts occasionally lose their nerve and head for safer squares. 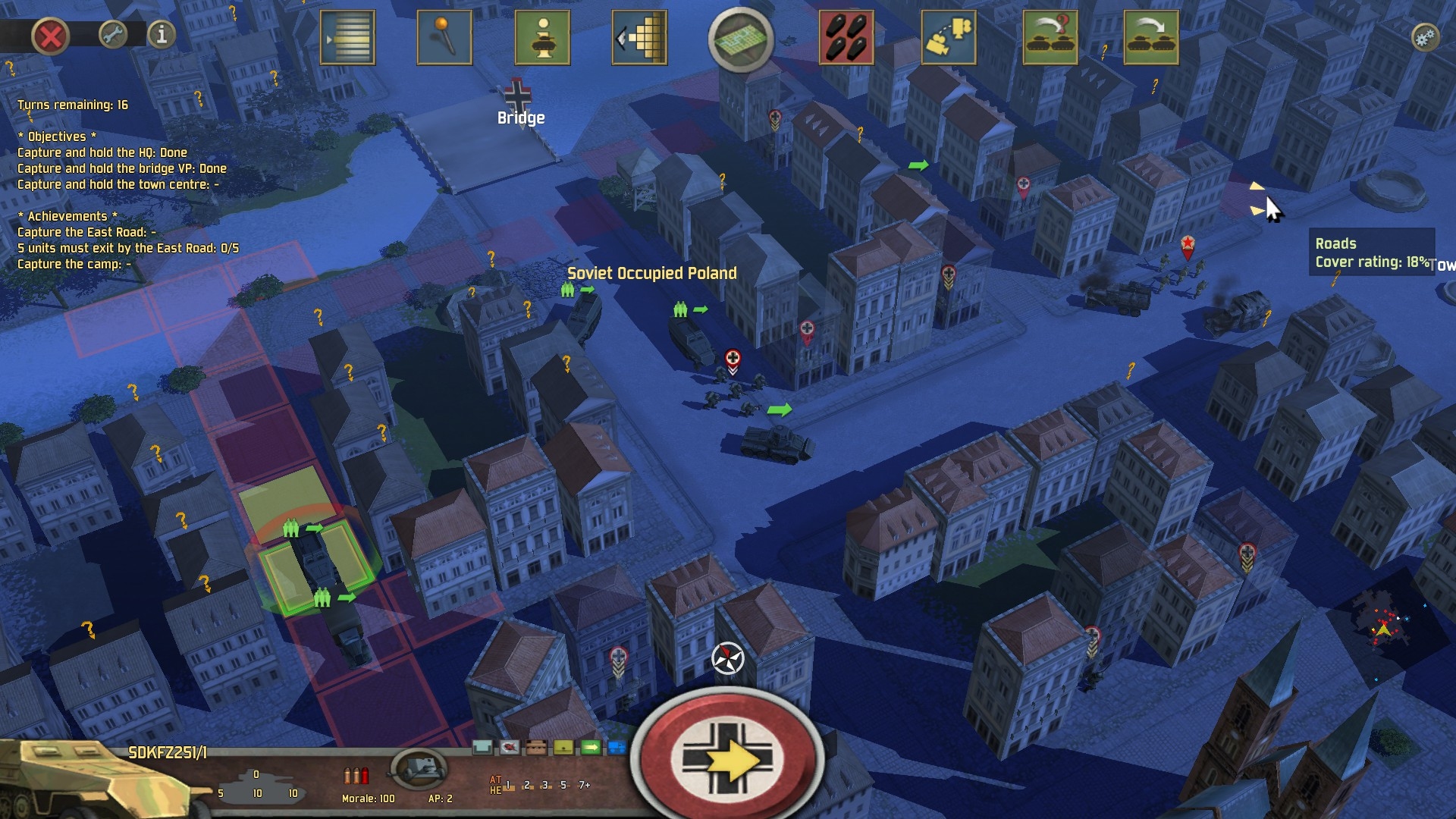 In THC’s upcoming AI Olympics, I wouldn’t be surprised if BA2 picked up a medal or two. Scenario designers have the ability to organise units into groups then give these groups specific objectives, aggression levels, and modi operandi. The approach ensures lively and varied enemies, and means computer-controlled forces usually cope well with the randomly generated cartography served up by the worth-its-weight-in-KV-2s skirmish generator. 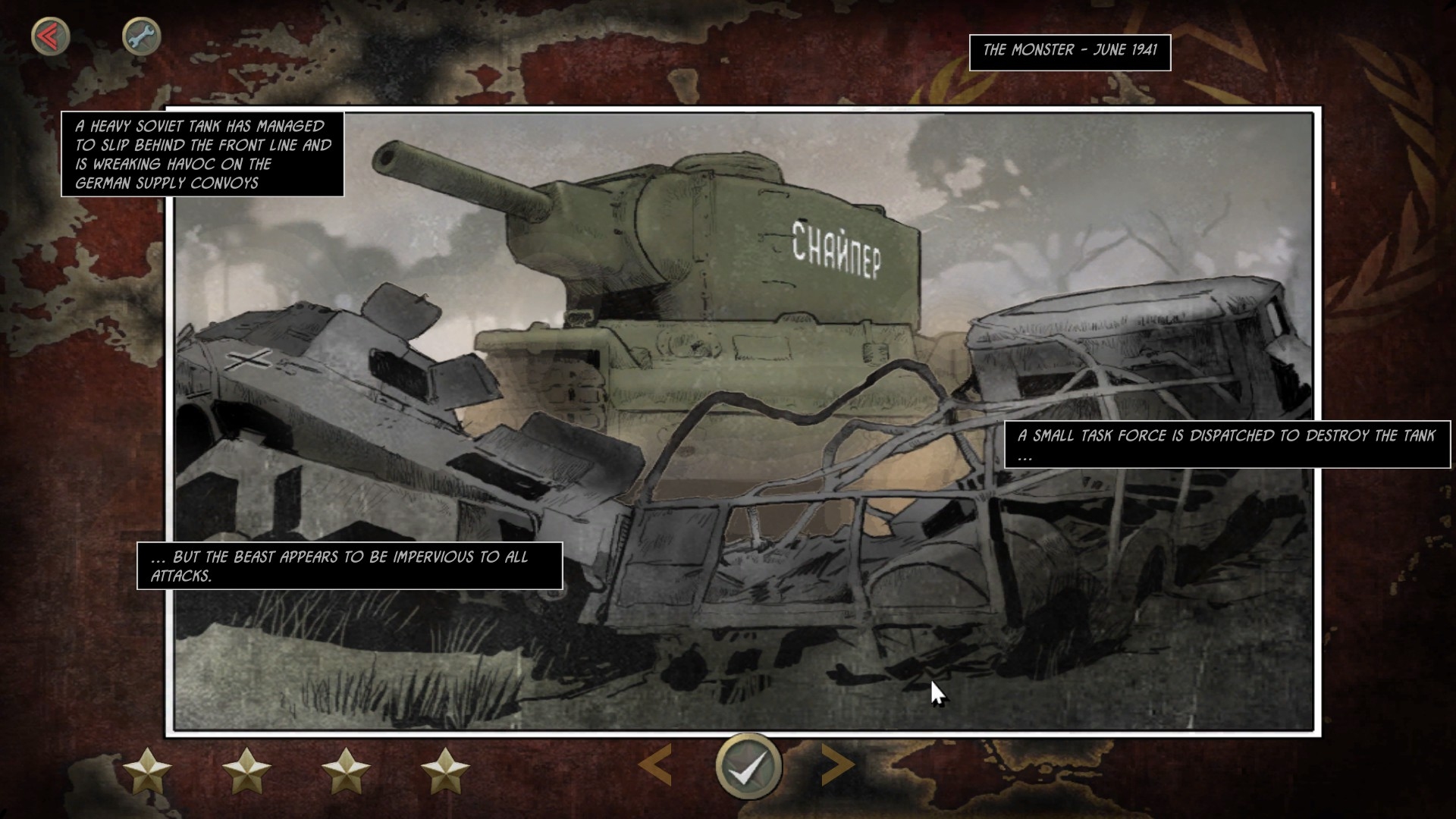 One area where Slitherine probably should have taken greater risks is the campaign. The comic-book mission preludes and isometric briefings are a delight, and the scenarios are skilfully engineered, but without core force carry-over/cultivation, or strat map decision-making, you might as well be working your way through a ‘single missions’ folder. 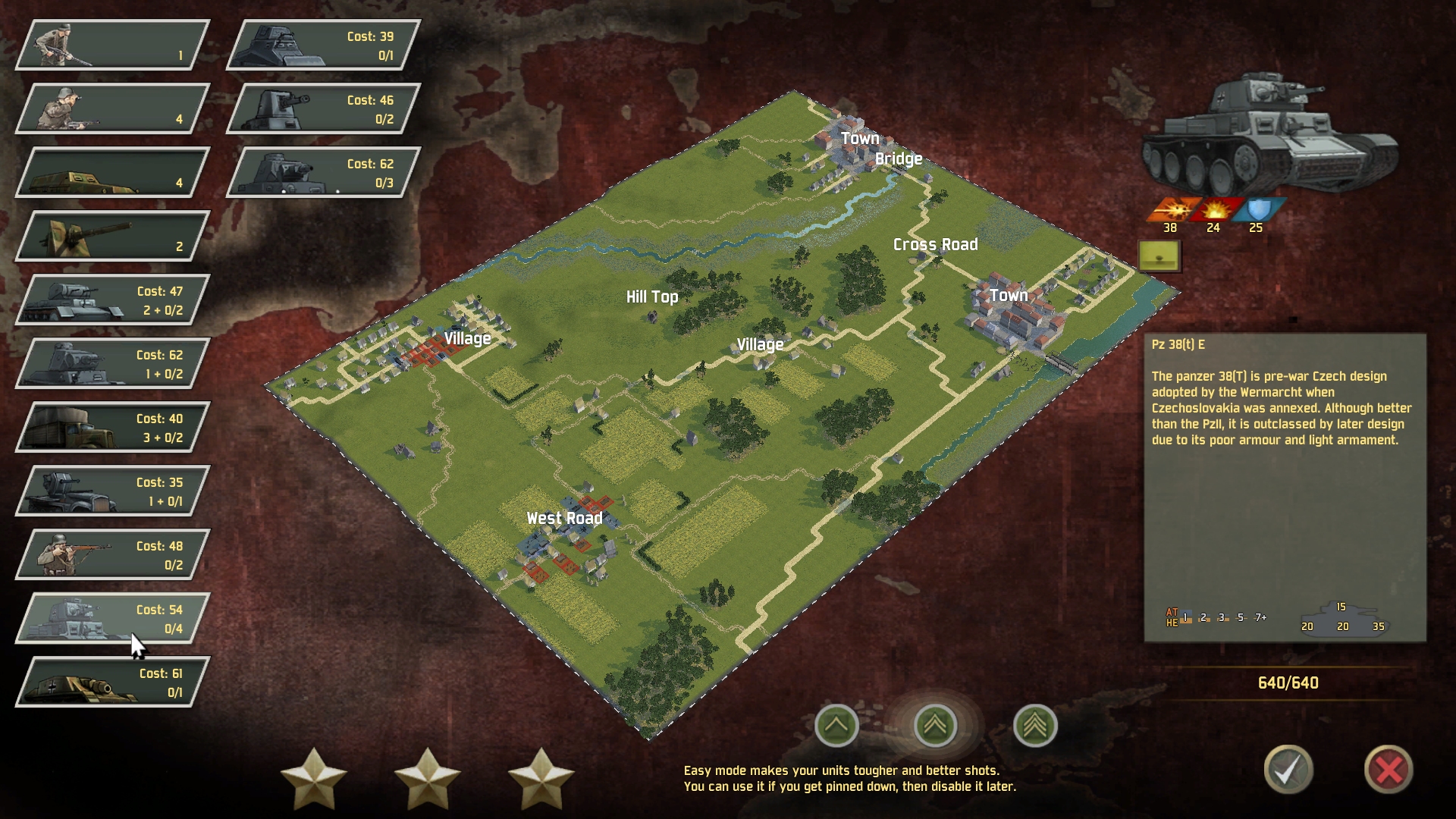 Picturing something more ambitious – campaigns built on the fly by the same tech that generates random-map skirmishes, perhaps – isn’t hard.

Back in 2014 I snobbishly accused Battle Academy 2 of “teetering on the edge of tactical blandness”. In comparison with the likes of Combat Mission, Command Ops, and Scourge of War, maybe that dig is justified, but when you place BA2 in the much narrower field of ‘wargames with the common touch’ it starts feeling a trifle harsh.

Sorry, Comrade, I misjudged you. 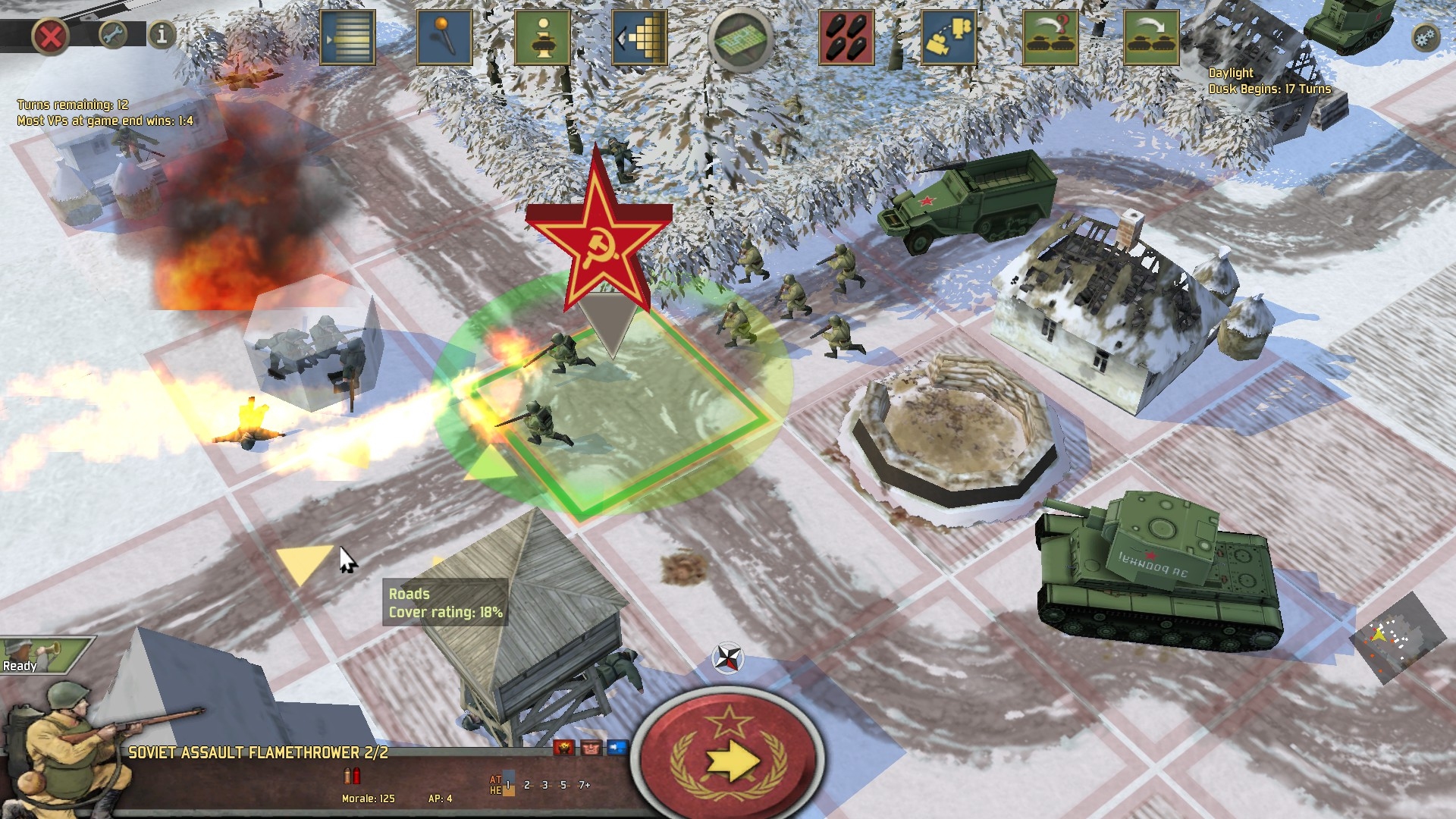 Cornerites, what computer wargames would you recommend to someone who’s never computer wargamed before? Which titles do you think have the best chance of fanning the flickering flame of curiosity into an inextinguishable blaze of enthusiasm?