A premature launch, a tight deadline, and scant aftercare did last year’s game jam no favours, hence this re-run. Hoping to get a few more submissions this time, I once again invite readers of a creative bent to sharpen their HBs, blow the dust off their GameMaker installs, and don their brainstorming tam o’ shanters. Starting today, you have eighty days in which to design, craft, and submit an earthbound ‘flight sim’ – a singleplayer board or computer game with escape at its core. 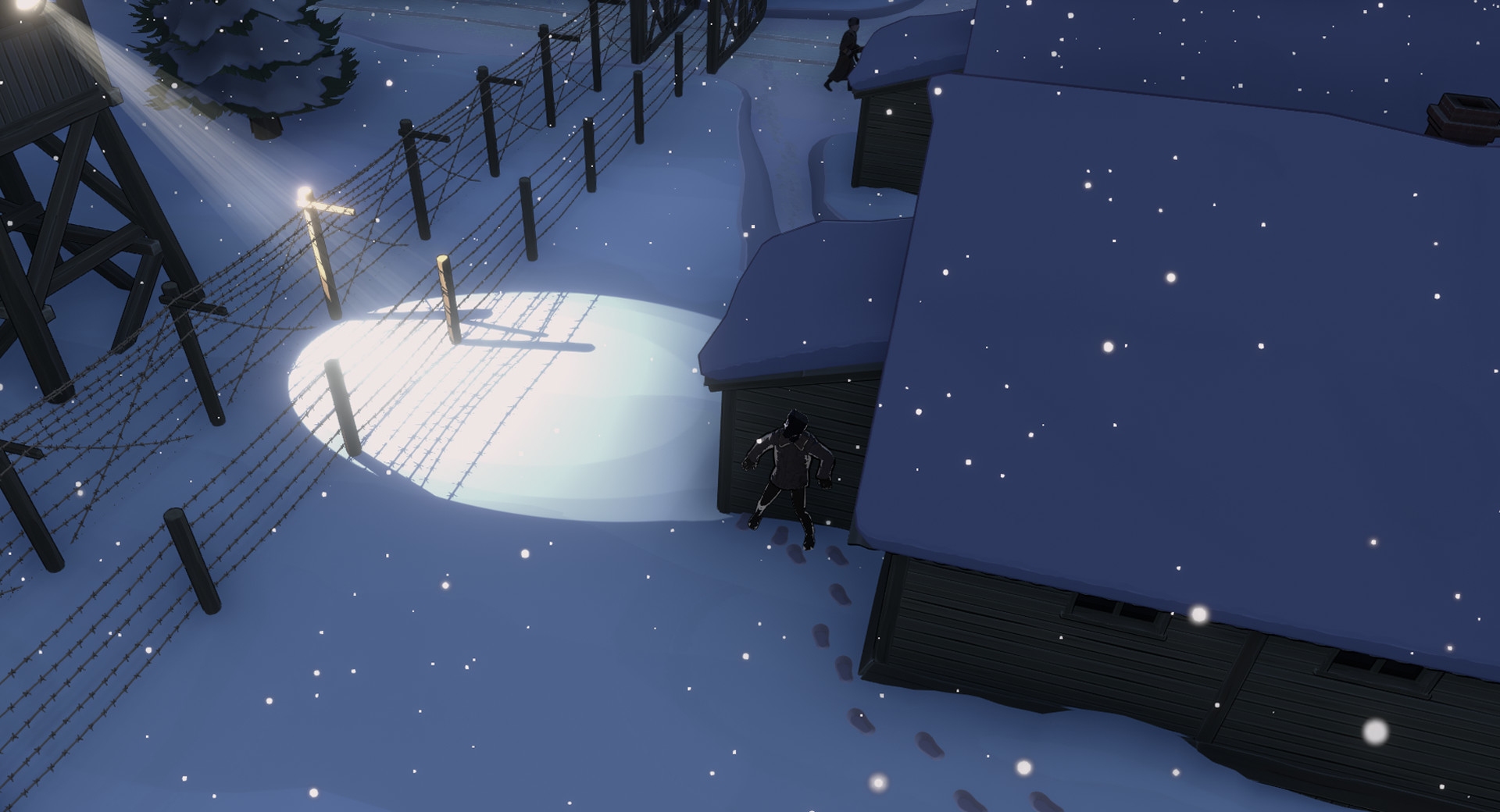 As with the Bismark game jam, genre-wise absolutely anything goes. The submission that scoops the prestigious First Prize – a unique, hand-assembled Tally-Ho Corner escape kit – is as likely to be a text adventure, platformer, or card game, as a TBS or RTT. 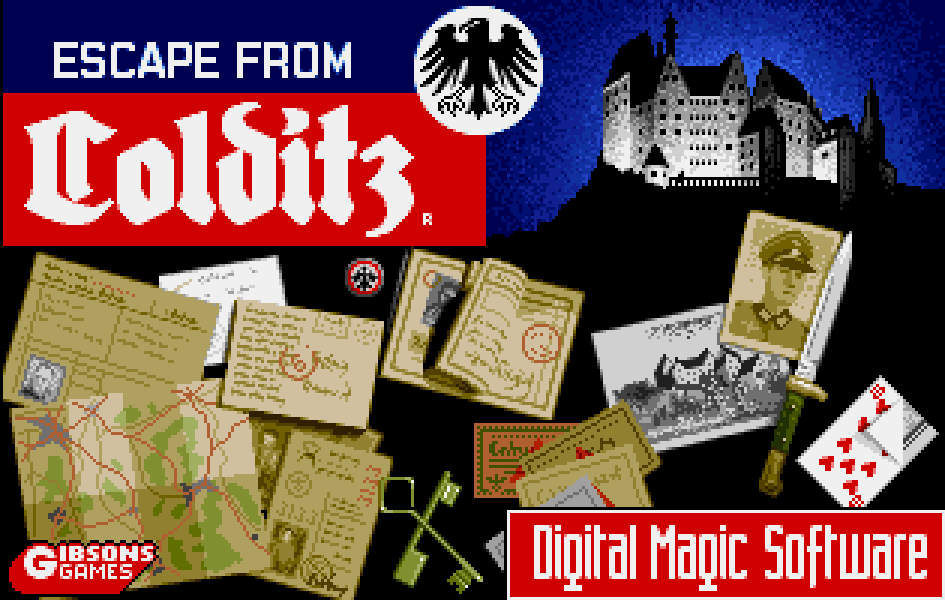 The panel of judges (basically, me and Roman) is after originality, playability, historical insights and good old-fashioned fun. 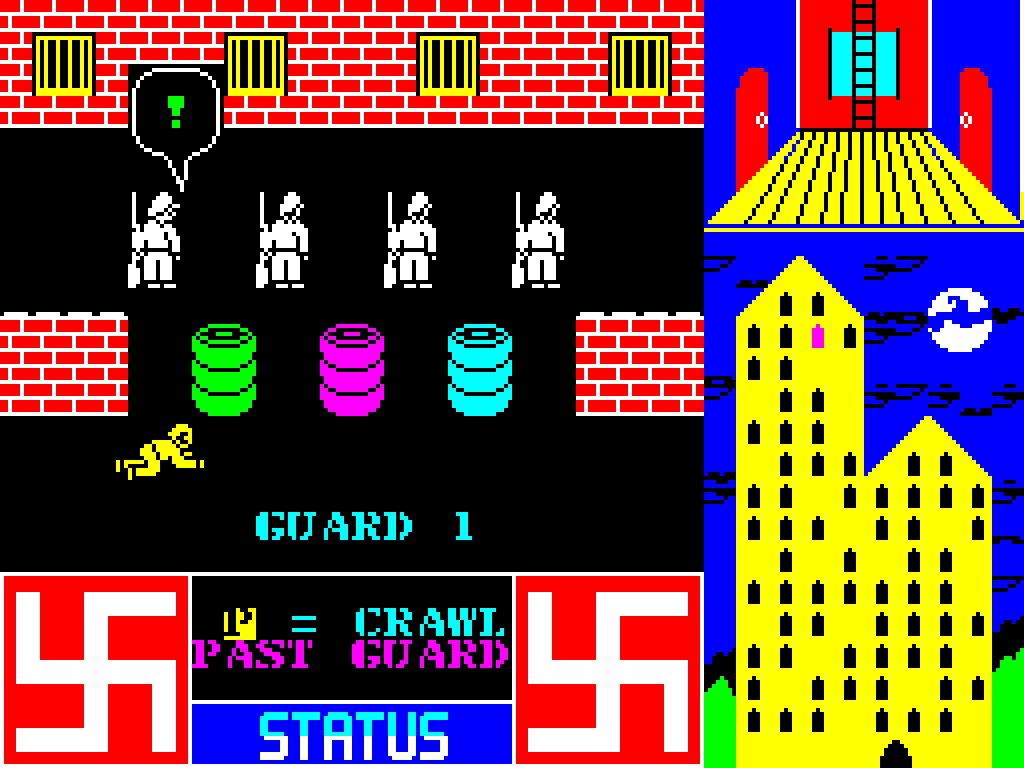 If your sprites, counters, or board look like they were drawn by a three-year-old, fear not. Assuming the game entertains, informs, or moves, crude visuals won’t wreck its chances.

Things that will count against an entry are excessively complicated rules and poorly explained mechanics and controls. This jam judge wants to get into the action quickly and be left in no doubt by instructions. 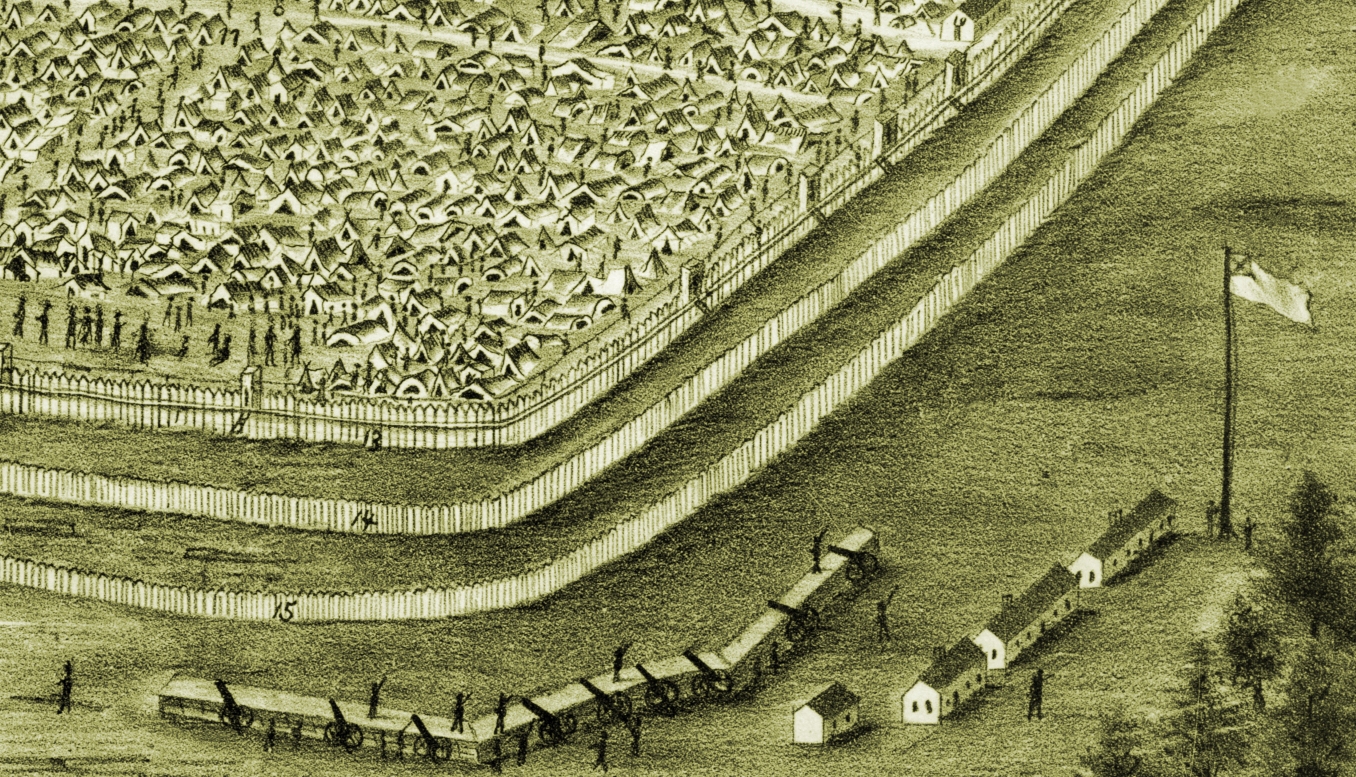 Although searchlight-swept WW2 stalags may be the first things that spring to mind when escape and evasion is mentioned, I’m hoping a few of the characters I get to play in April, aren’t on-the-run WW2 aircrew. Border-bound defectors and deserters, audacious jailbirds, escaped slaves, absconding war correspondents, fugitive porkers… history is littered with promising potential themes and protagonists. 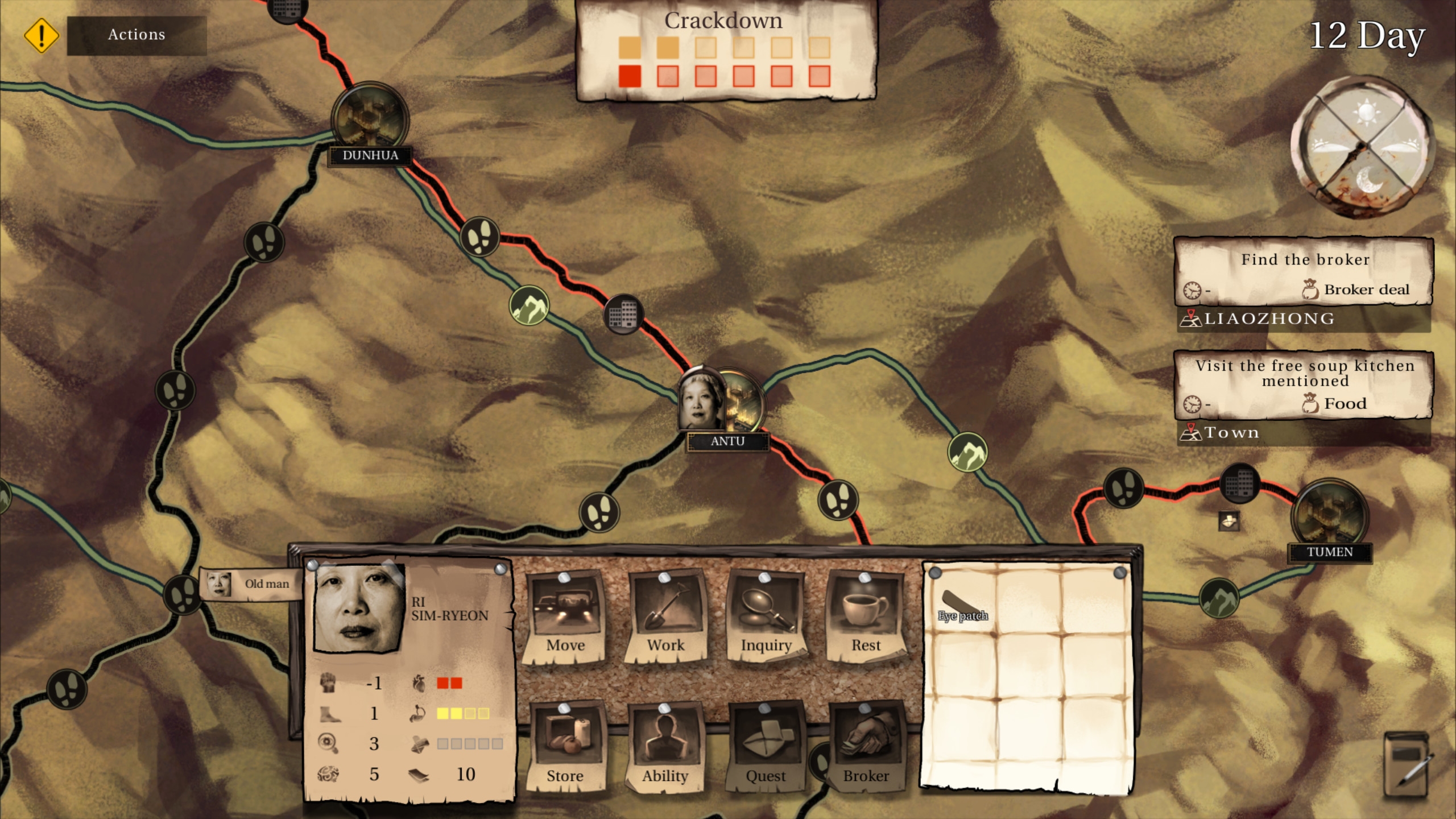 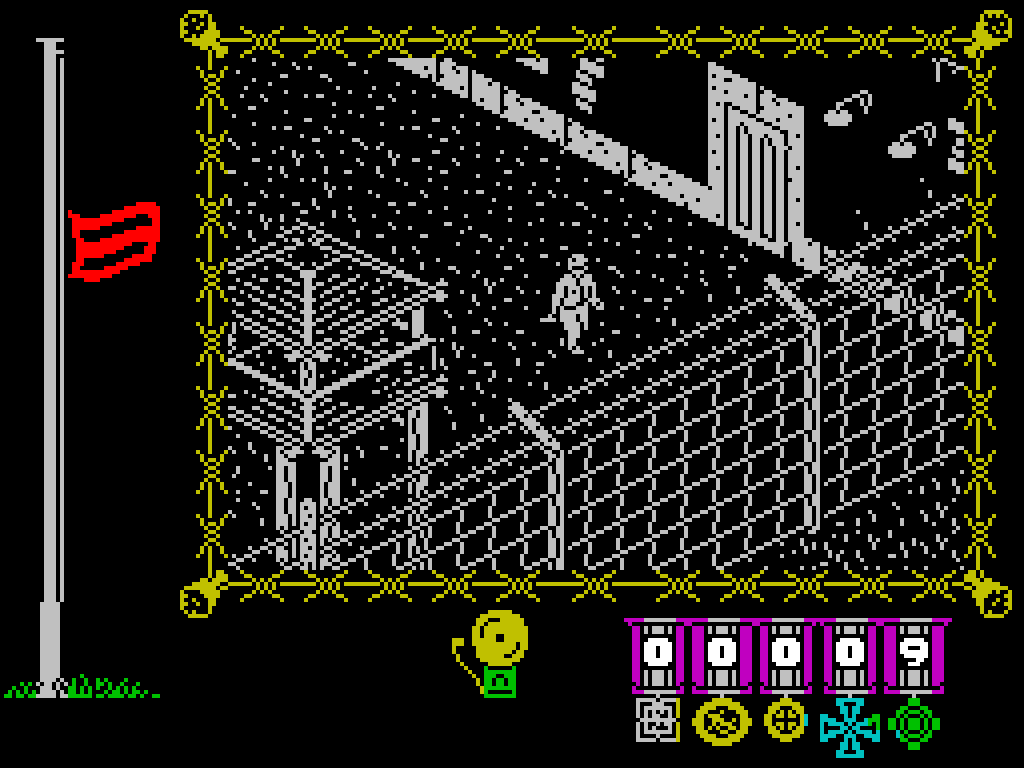 From ‘Tales of a Great Escaper’ by Ken Rees:

“One such scheme was put forward by Johnny Stower shortly after the move. He was beating the circuit when it struck him that the goon-boxes above the security fence had been built protruding over the wire by about four feet, so that the guard could look down the inside of the wire, otherwise a blind spot. He realised that if he could get himself under the box it would be impossible for the guard to see him, and he could then quietly and simply climb over the fence using the underside of the box to get over. The plan was accepted, and the X Organisation arranged for the very necessary diversions – usually a punch-up or some sudden, rowdy sport – which allowed Johnny to step over the trip rail and calmly climb the fence. If seen he would have been shot, we all knew that. In fact he made it over the Swiss border, but in the dark he got confused and crossed back again into German territory and was caught. He was sent back to Sagan and was sadly one of those murdered in The Great Escape. Each goon-box subsequently had a suitable fence constructed around its base.” 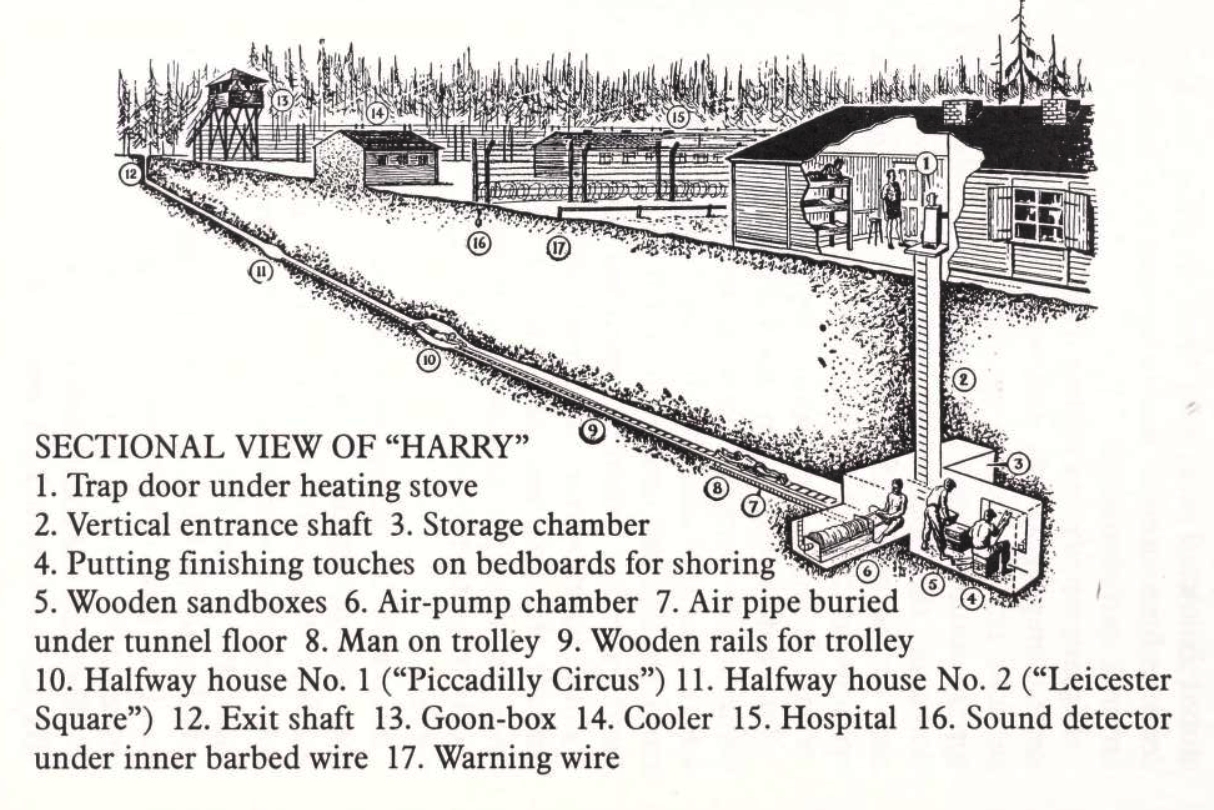 From ‘The Great Escape’ by Paul Brickhill:

“Coming off appell that afternoon Muller started chatting to one of the guards, and Picard stood just behind very carefully measuring with his calipers the width and depth of various parts of the carbine slung over the guard’s shoulder. Then he stood behind him and calculated the length of the rifle, noting where the barrel came to about the height of his head and where the butt finished by his thighs. For the next day he cautiously trailed several guards drawing, in rough detail, parts of the gun.

Travis had noticed that about one in every three hundred bedboards was made of beech instead of pine, and Williams toured every hut and swiped every beech board he could find. The boards weren’t thick enough to make a rifle, so they sawed and carved out each rifle in two halves, glued them together, and clamped them to set in vises made out of reinforced ping pong net-posts. They carved out in wood the parts that were supposed to be metal, barrel, breech, and bolt, and rubbed and polished them with a lump of graphite brought in by a tame German till they looked like blue gun metal. The wooden parts that were really wood they stained with tan boot polish and rubbed and rubbed till it looked perfect.

The clips around the barrels Muller made from strips cut off a metal jug; he used bent nails for the sling clips, and belts for the slings. Muller didn’t think the polished wood barrel looked quite perfect enough, so he melted down silver paper from cigarette packs into lead and cast a proper barrel end in a soap mould.” 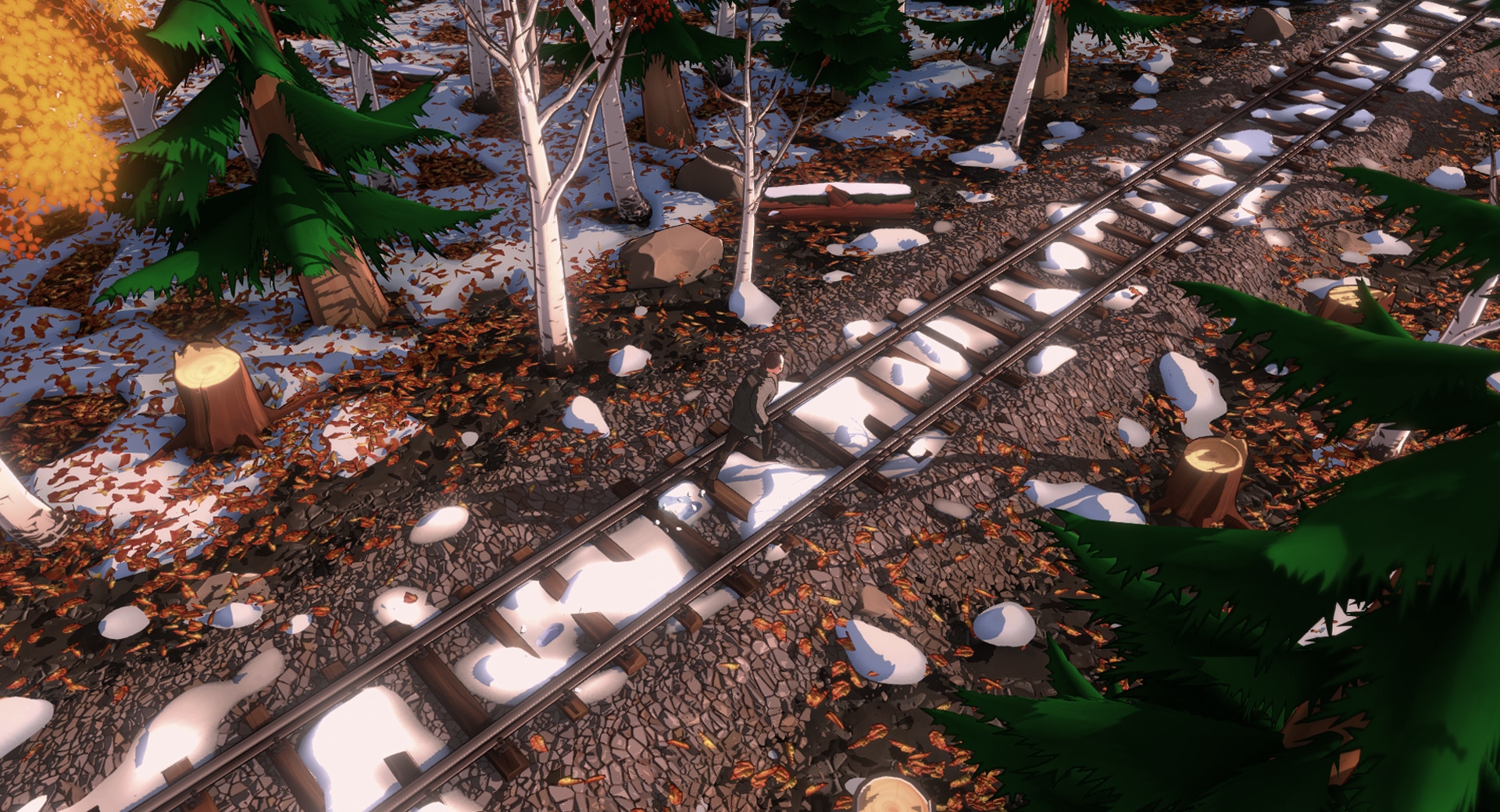 From ‘Czechmate’ by Christopher Portway:

“It was from beyond a town called Chrzanow that we finally lit upon the railway line to Cracow and also a stretch of track that fitted most of the circumstances we deemed vital for illegally boarding a freight train. These circumstances included a rising gradient to slow the train, a curve in the track, so that the guards in the locomotive and brake wagon couldn’t see what was going on in the middle, a certain amount of trackside concealment and, of course, a train of penetrable wagons going in the right direction.

God surely had a day off from watching over our antics when, after the passing of several trains, we succeeded, with the greatest difficulty, in struggling aboard an empty high-sided wagon of a colliery local. Hardly had we settled into the wet, coaldust-begrimed interior when the train came to a halt and promptly moved off in the opposite direction. And it didn’t stop moving for miles and miles, passing though Chrzanow and several other unknown towns to sidings near a village far beyond the bounds of the sketch-map we held.” 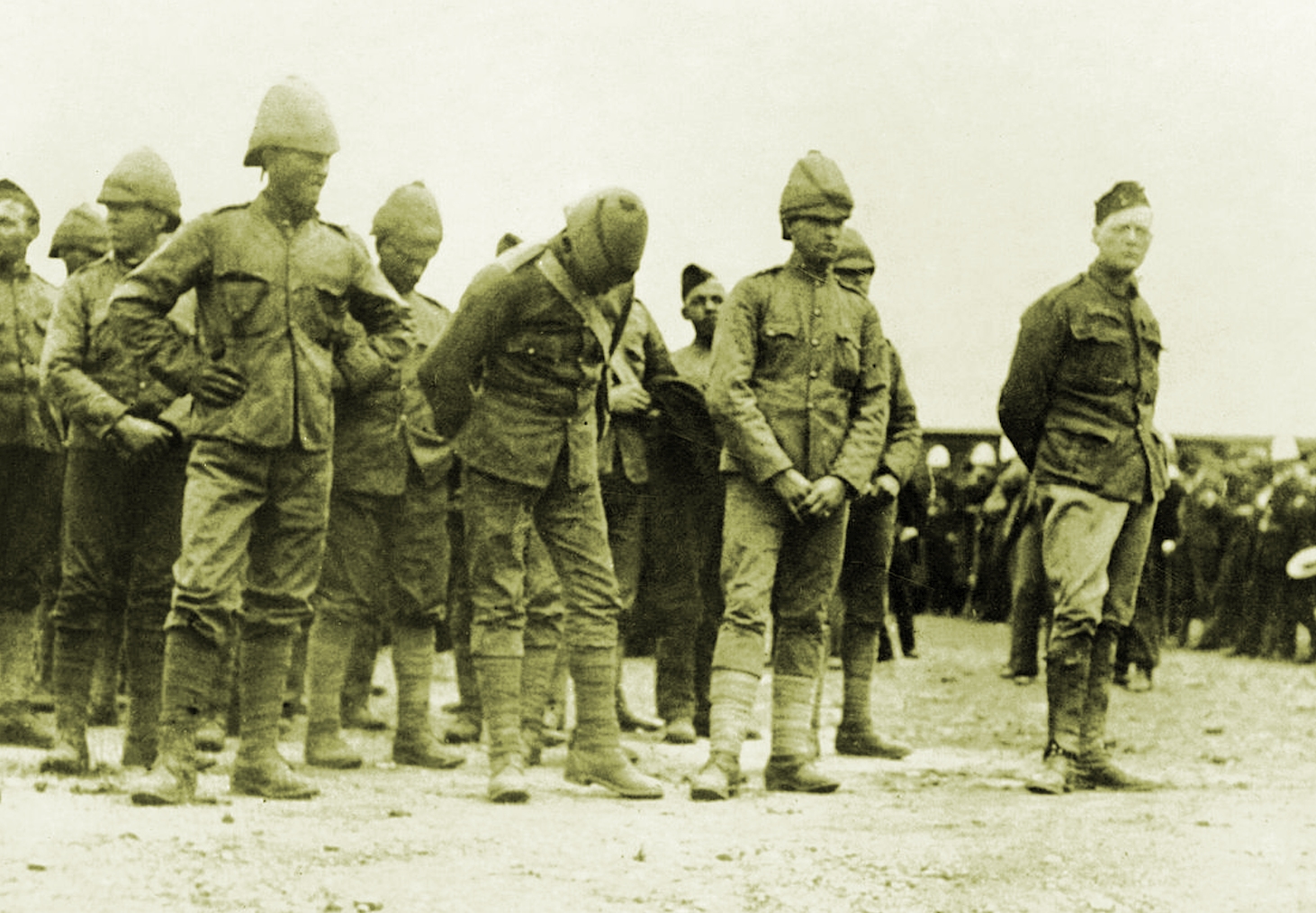 From ‘London to Ladysmith via Pretoria’ by Winston Churchill:

“I walked on leisurely through the night humming a tune and choosing the middle of the road. The streets were full of Burghers, but they paid no attention to me. Gradually I reached the suburbs, and on a little bridge I sat down to reflect and consider. I was in the heart of the enemy’s country. I knew no one to whom I could apply for succour. Nearly three hundred miles stretched between me and Delagoa Bay. My escape must be known at dawn. Pursuit would be immediate. Yet all exits were barred. The town was picketed, the country was patrolled, the trains were searched, the line was guarded. I had 75/ in my pocket and four slabs of chocolate, but the compass and the map which might have guided me, the opium tablets and meat lozenges which should have sustained me, were in my friend’s pockets in the States Model Schools. Worst of all, I could not speak a word of Dutch or Kaffir, and how was I to get food or direction?” 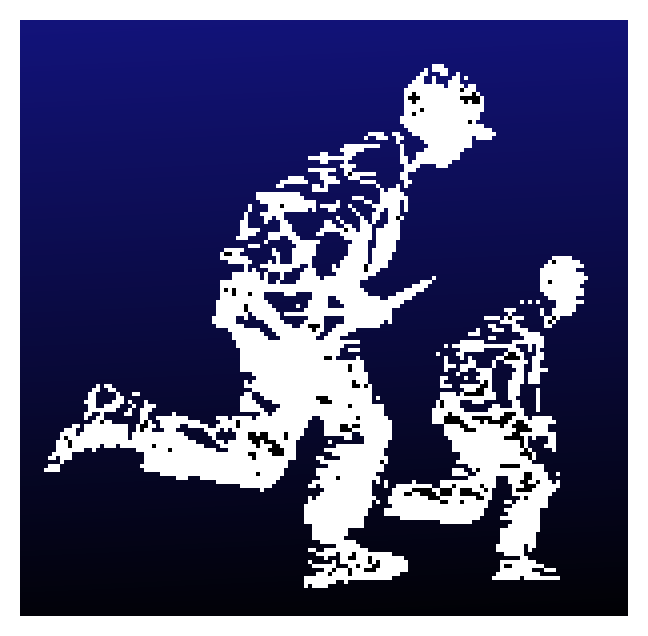 From ‘Code of Honor’, a memoir written by John A. Dramesi, a USAF Captain who baled out over North Vietnam:

“Paul grunted, “So you get over the wall. Then what? You are in the middle of a million people.”

“Yes, sir, but I have made my way through towns before and we can make ourselves up to look just like the North Vietnamese. We’ve already proven that.”

“You got away with it one time,” he said, “but that doesn’t mean you can do it again.”

“Twice,” I corrected. “It all depends on the effort. We can do it.”

We talked about dimly lit streets, proper disguises, bread baskets, carrying poles, the surgical masks, skin colouring, hats, peasant clothing, and finally I concluded, “I think we can make it to the river.”

“What are you going to do when you get to the river, steal a boat?”

“No,” I answered. “If we steal a boat too soon, we will be pinpointing our position. Instead we will use plastic bags as life preservers. We have a significant number of bags so that if we put them inside a roll of cloth we will have adequate flotation. The Red River would carry us at speeds of perhaps five knots. In August during the heavy rains as much as seven knots.” 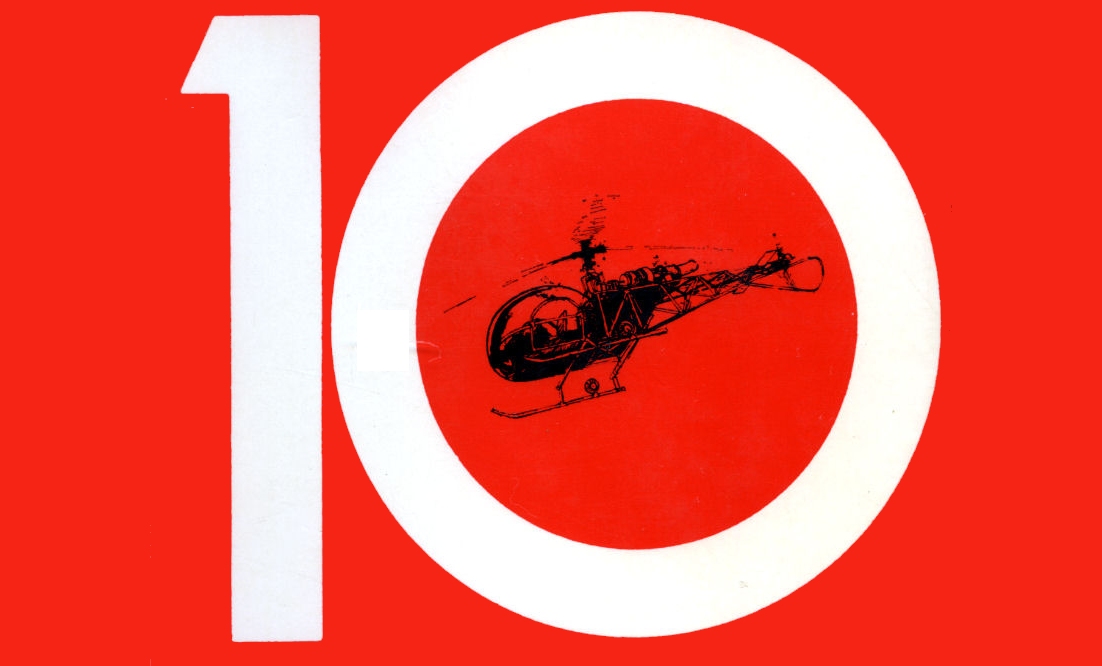 From ‘The 10-Second Jailbreak’, an account of the first ever helicopter prison escape, by Eliot Asinof, Warren Hinckle, William Tu:

“Vic flew down to see Cotton at his home in Eagle Lake, Texas, as this was no matter to discuss over a telephone.

Cotton wanted nothing to do with it. “It won’t work,” he told Vic.

Cotton said he had seen enough prisons to know about guards and machine guns and security. “They’ll blow the damn chopper right out of the air! But Vic was desperate. He stayed for five days, repeatedly telling Cotton how this prison was a Mexican prison and anyone could bust out, and nobody cared about security, that the weapons were never loaded, that they weren’t real guns anyway, just toys, that the guards were totally blind…

Cotton laughed and finally said: “Okay, how much do I get?”