Checked last Monday by one of CM’s periodic order-issuing opportunities, Team Droopy’s last TOW missile regains its liberty in the opening second of turn 25. It presses on, following a very similar trajectory to the one traced by its predecessor, yet somehow avoids the same fate.

Seeing something burst through the tree line in front of him and veer for the deck, the driver of the middle PT-76 mutters a Podrabian phrase that’s usually translated into English as “Demon dung!”.

The words are his last.

Attention from the other light tank fails to prevent Droopy’s steely TOW steerer from guiding his fidgeting firefly to its intended destination.

The remaining PT-76 takes out its frustration on Tereza survivor, Georgi, as it rushes for the cover of the box 17 barn. 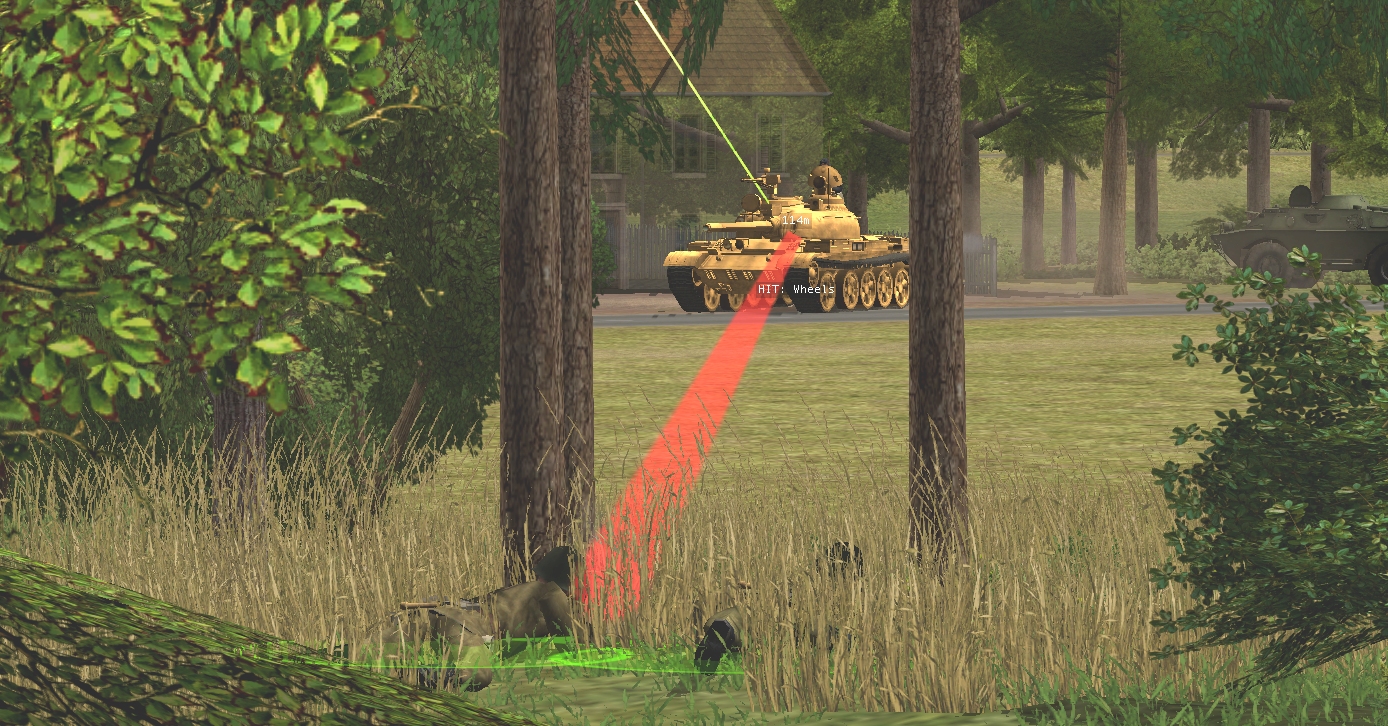 Meanwhile in the centre of the map, our snipers succeed in cowing the T-55 TC but not in holing him.

Their reward is low-flying and High Explosive. Fortunately, the round has an argument with a spruce trunk before it can do any serious damage to Otto and Branko.

The firer is rolling westward towards the hotel as it expectorates and has no idea a 105mm MBT gun is tracking its progress. Our Patton is on the verge of firing when the shoulder of the berm interposes preventing the shot.

Recon Team Charlie does manage to fire at the advancing anachronism. At T+30 an HEDP grenade projected from the upper floor of the hotel explodes against the T-55’s turret.

Scorched but unperturbed, the tank calmly neutralises Otto and Branko (Otto = lightly wounded, Branko = incapacitated and in need of first-aid) before turning its attention to the grenadiers. 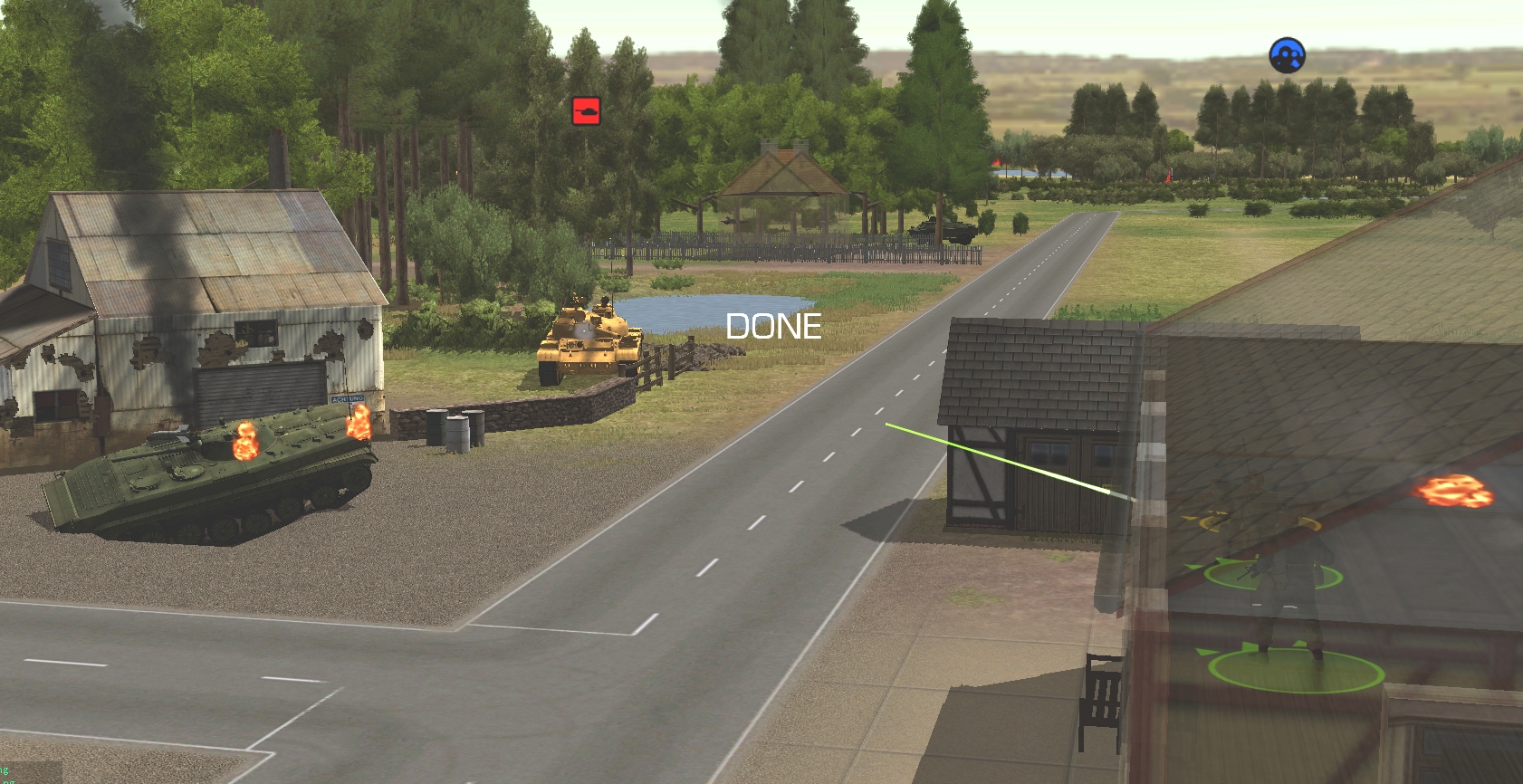 At T+60 the hotel is under MG fire and is expecting worse. 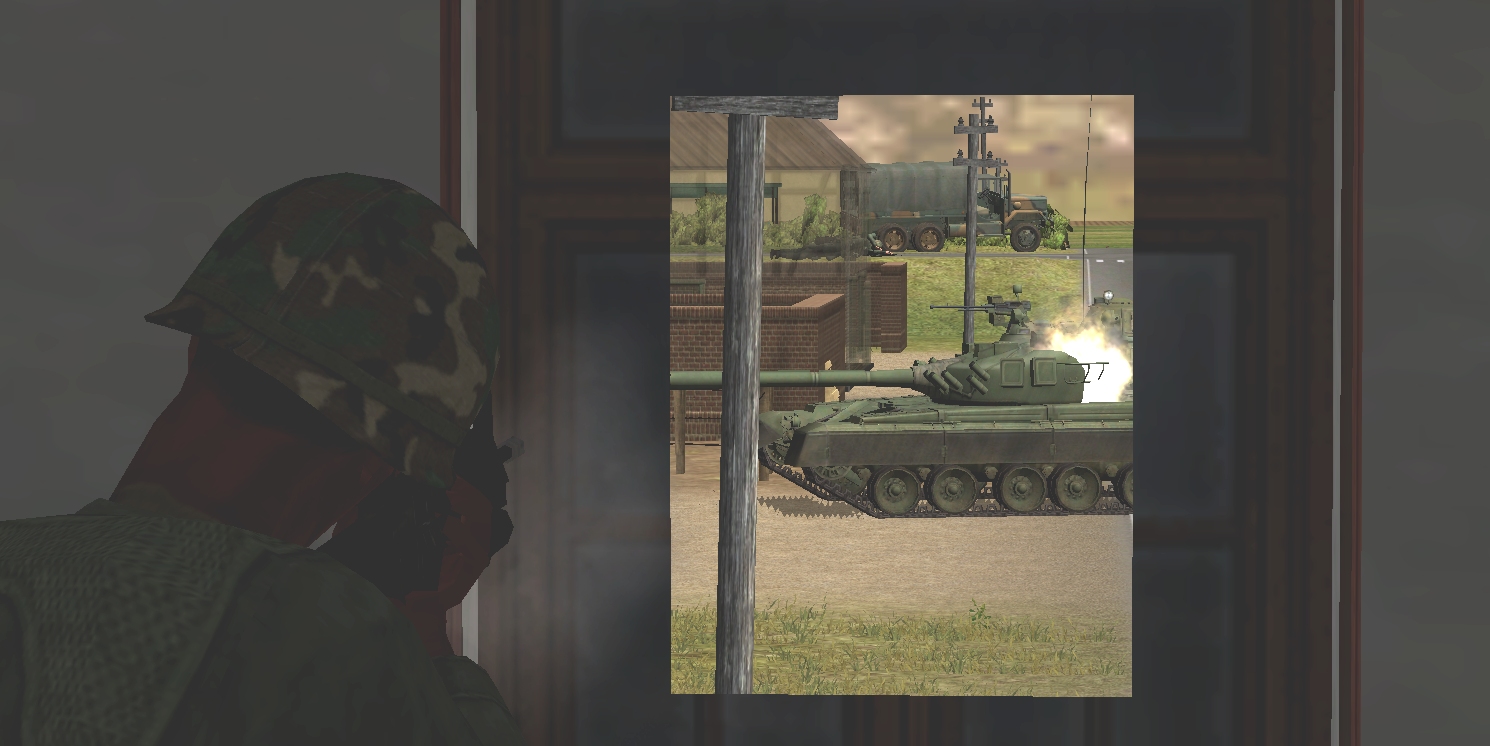 Earlier in the turn Charlie fired an HEDP at another Pod MBT – the T-80 – with similar results.

The enemy’s most modern angry house was last seen here.

If it continues heading westward an encounter with Lesov Junior, now peeking from the eastern end of the box 74 tree clump, seems inevitable.

Our Light Mortar Team began lobbing pandemonium pears at the Vostok Memorial, and taking light AK fire from New Farm. The results of the bombardment were impossible to ascertain, and the T-55 in the vicinity is now hidden by dust.

Our off-map mortars clobbered a UAZ in the field where the first PT-76 perished.

Major Trajanov received a radio message informing him that Pod forces were threatening his exfil/retreat route. In the light of this warning and the growing threat in the centre of Strupnic he has decided to start withdrawing wounded, ammo-less and vulnerable units via the map-edge road square at 107,1,4. 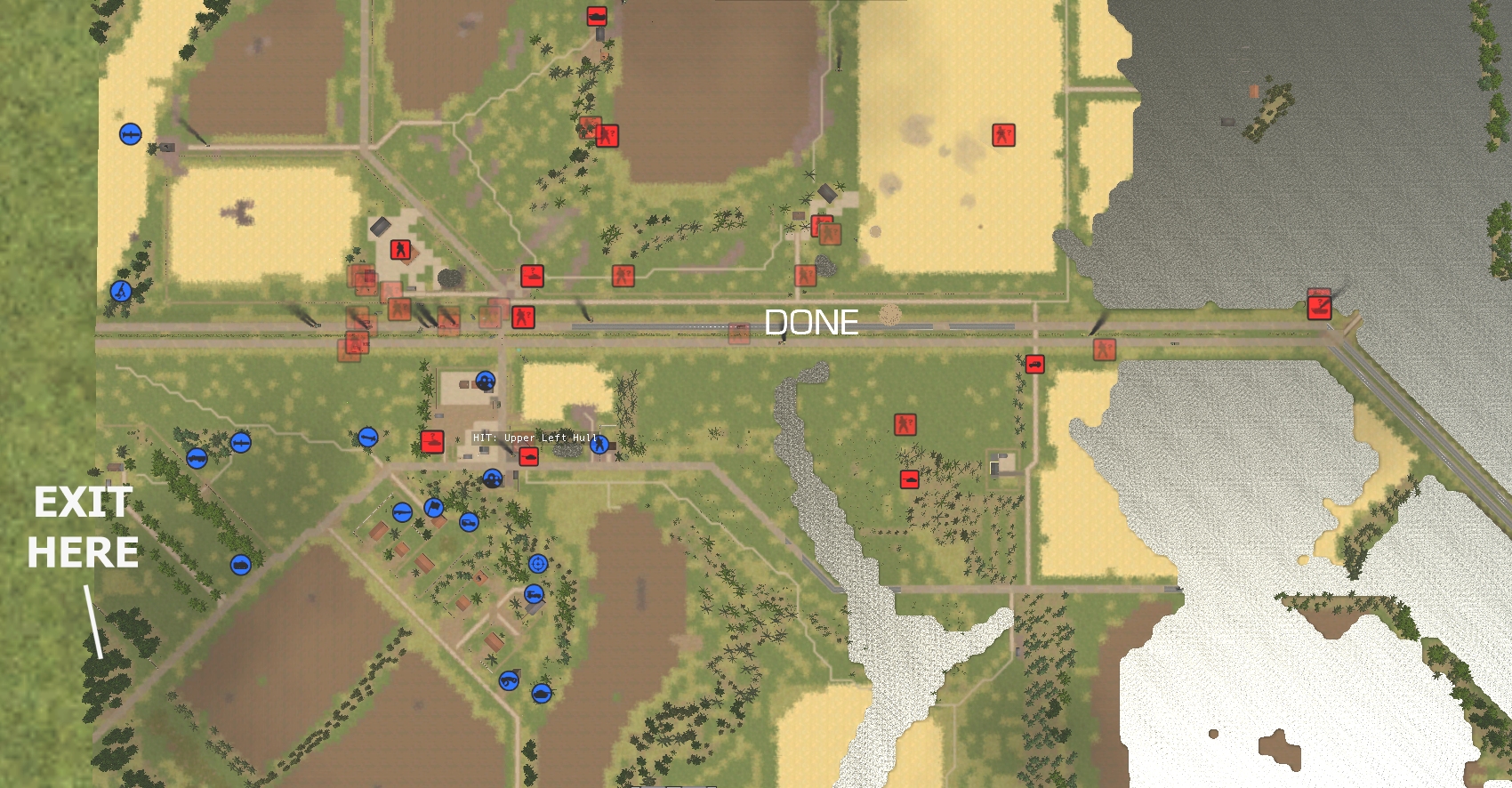