Despite being one man down, TOW Team ‘Droopy’ manages to fire all three of its remaining ‘Tube-launched, Optically tracked, Wire-guided’ tank trashers during this sixty-second slice of play-by-comment Combat Mission: Cold War action. The second missile is foiled by foliage as it streaks towards a glimpsed PT-76 amphibious tank.

The third is still in motion when the clock stops.

…finds a branch-free aperture in the belt of trees below Tereza’s barn, darts through it…

…before ploughing headlong into fifteen tons of Podrabian steel with gratifying results.

If the T-80 commander had remained al fresco it’s possible he would have noticed our alarmed M113 before it had reversed westward, breaking LoS, and taken appropriate action.

Unfortunately a cover arc discouraged Otto and Branko, the sniper team, from opening fire on the exposed TC of the T-55 that appeared close to our KOed armoured car towards the end of the turn.

Both Muttley and the Patton look to be well-placed to engage this tope interloper in Turn 25, but they will need to push north, or north-east in order to do so – moves which could expose them to danger from the east (Like the T-55 near the Vostok memorial, the T-55 in the top-right corner of box 92 sat still this sixty).

CMCW’s somewhat pedantic/illogical mortar targeting rules meant the Light Mortar Team couldn’t fulfil their orders. Instead they lobbed a couple of not-very-accurate bombs at the highway in box 65.

Our off-map tubes demonstrated a similar standard of marksmanship, but almost got lucky. One 107mm crater maker landed close enough to a PT-76 to dust it with dirt.

The situation at the start of turn 25:

Recon Team Charlie has eyes on the stopped T-80 but, judging by the fact that it’s holding fire, doesn’t a) believe its four M433 HEDP grenades will harm it, and b) fancy provoking it. 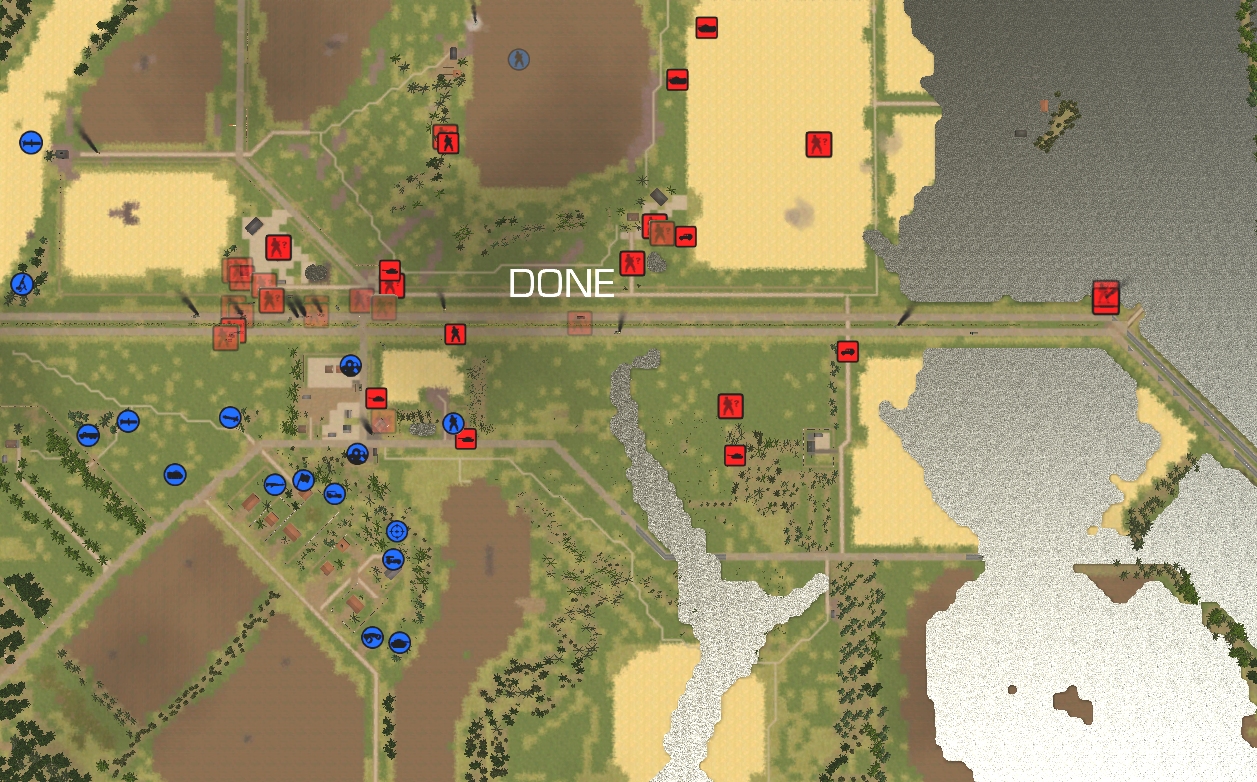