Isla, THC’s new pro bono accountant, has threatened to bring her nose flute on the next works outing if I don’t address the slow but steady decline in subscriber numbers. While some of the shrinkage is from natural causes, apparently the lion’s share is an unwelcome side-effect of the site’s bespoke subs setup. Stripe, the widely used and trusted system that processes most of the monthly cash injections that keep the features and foxers flowing, hasn’t – for reasons we’ve yet to identify – been reminding airlifters to update on-the-verge-of-expiring debit/credit cards. As a result, some subs have been automatically cancelled, and THC’s modest income has quietly shrunk. 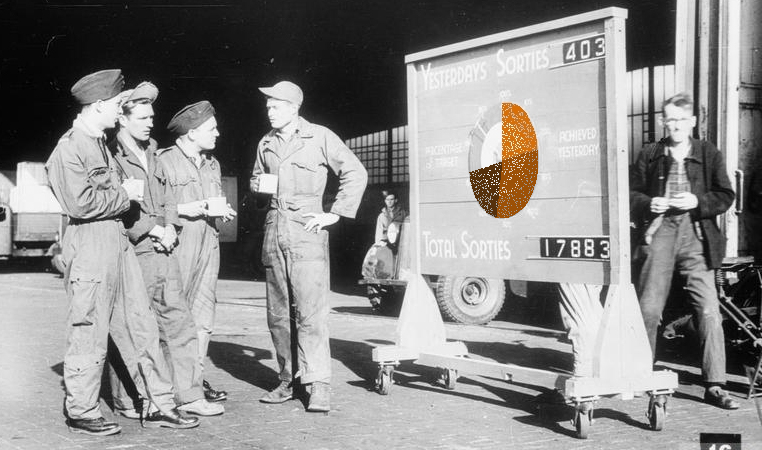 If you subscribed in the past, and have recently noticed that your monthly payments to THC have ceased, there’s a high chance you’ve been inadvertently expelled from the airlift by this gremlin. Apologies! Assuming you’re still happy to fund the internet’s quirkiest wargame ‘n’ sim ‘n’ puzzle website, it would be massively helpful if you resubscribed using either Stripe or PayPal. 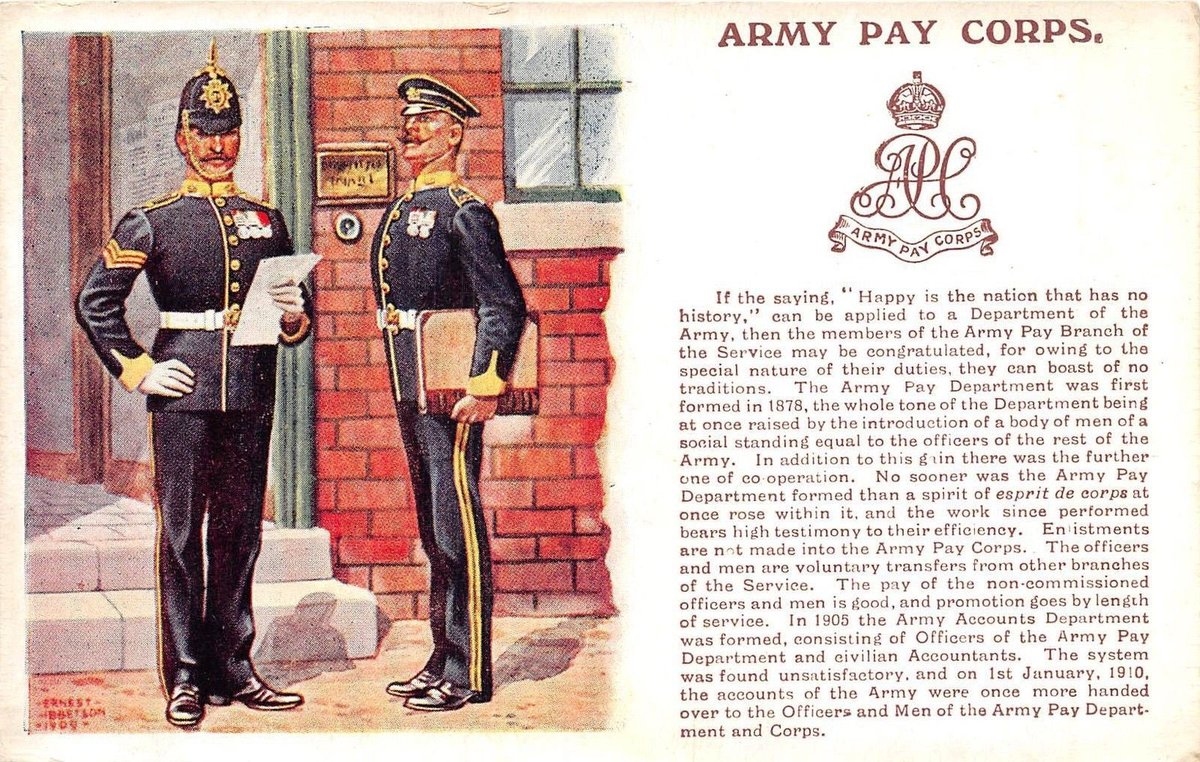 Subscribing through Stripe rather than PayPal means I lose slightly less of your contribution to fees, and allows you to manage your account (update card details, change subscription plan, and cancel subscription) without leaving the site. Whichever method you use, none of your financial details are ever stored here at THC.

Resubscribers are very welcome to a second masthead tile (as ever, email your theme suggestions to tim at tallyhocorner.com or put them in a comment) and will have access to AFVs in the communal Combat Mission game that should be up and running by the end of this month. 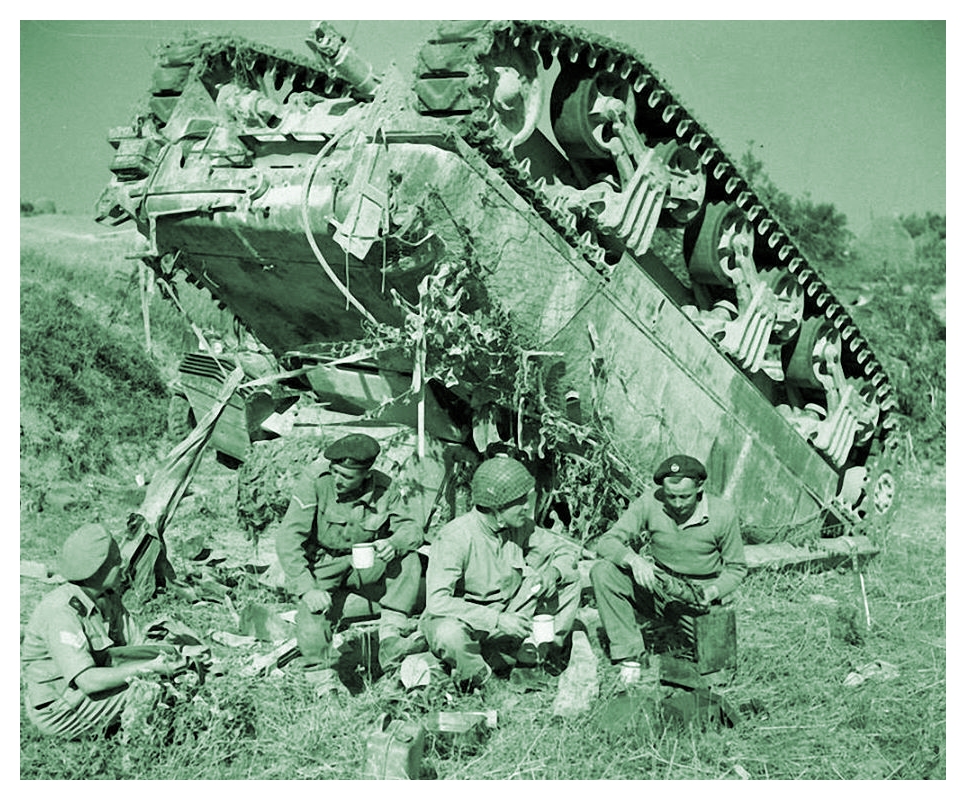 Selling print-on-demand mugs turns out to be a lot more complicated than designing the bally things. Having spent the last few days trying and failing to create an on-site shop capable of a) accepting orders from anywhere in the world, and b) automatically fulfilling those orders through Printify, I’ve come to the conclusion that buying a few boxes of mugs myself, then mailing them out to purchasers manually, may actually be the most practical option.

Of course, the danger of the analogue approach is that the Corner ends up cluttered with boxes of unsold mugs. To minimise this risk it would be really helpful if potential purchasers declared an interest in the comments section below before I make any bulk orders. 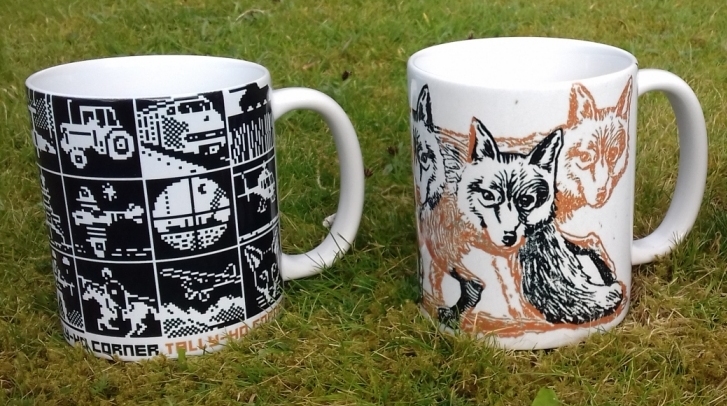 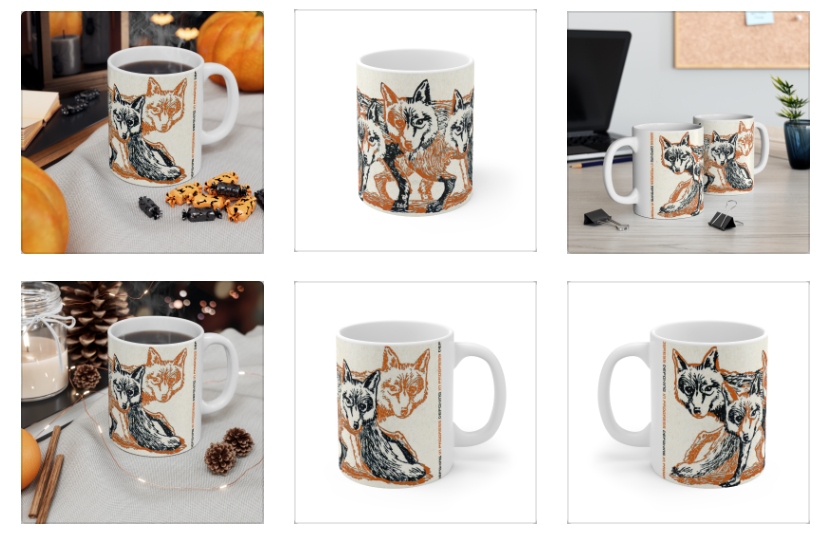 ^ The ‘Friday Foxer’ features a wraparound image of Reyna, the multi-headed Vulpes vulpes that, according to legend, helped Sigeric the Studious solve the ‘insoluble’ Canterbury Foxer. 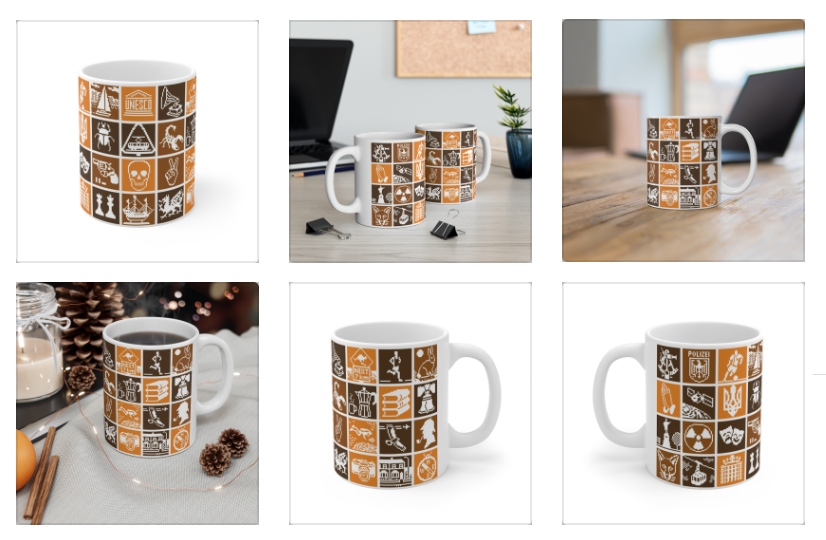 ^ The colourful ‘Pont-à-Mousson’ sports 36 of my favourite non-military masthead tiles. 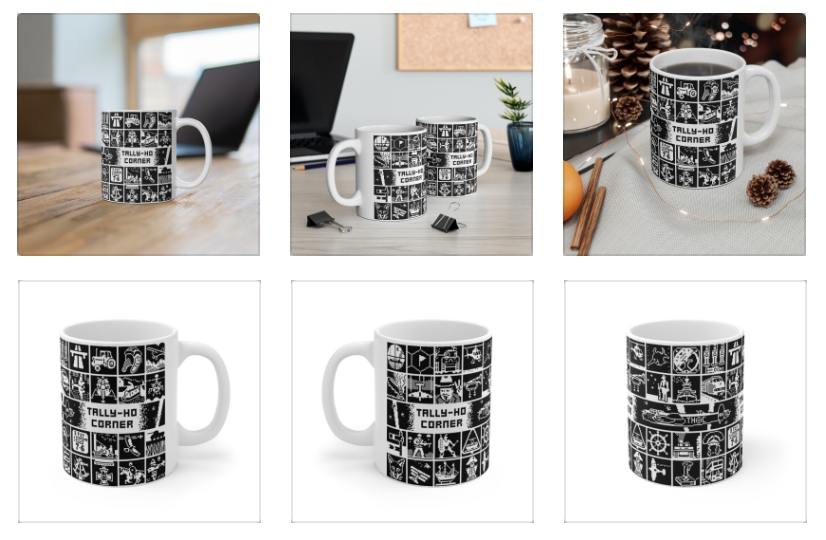 ^ 44 black-and-white tiles (most of whch have military, transport, or gaming themes) and a pixel art Avro Lancaster adorn the ‘Lanc’. 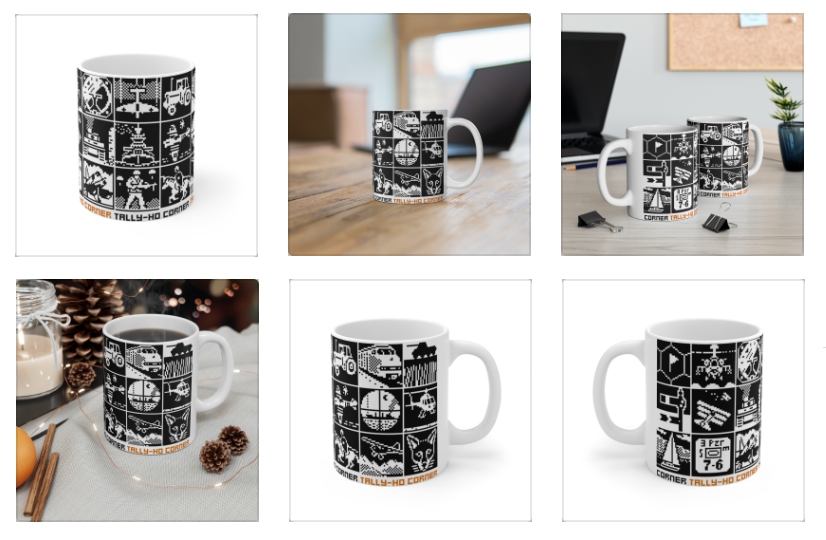 I estimate the delivered price per mug will be around £15 in the UK and £20 elsewhere.

Although my merch experiments haven’t left me a great deal of time for gaming this week, I have managed to squeeze in a couple of Armoured Commander 2 sessions and a few bouts of Daldos, a £6 digital board game with somewhat mysterious Scandinavian origins. 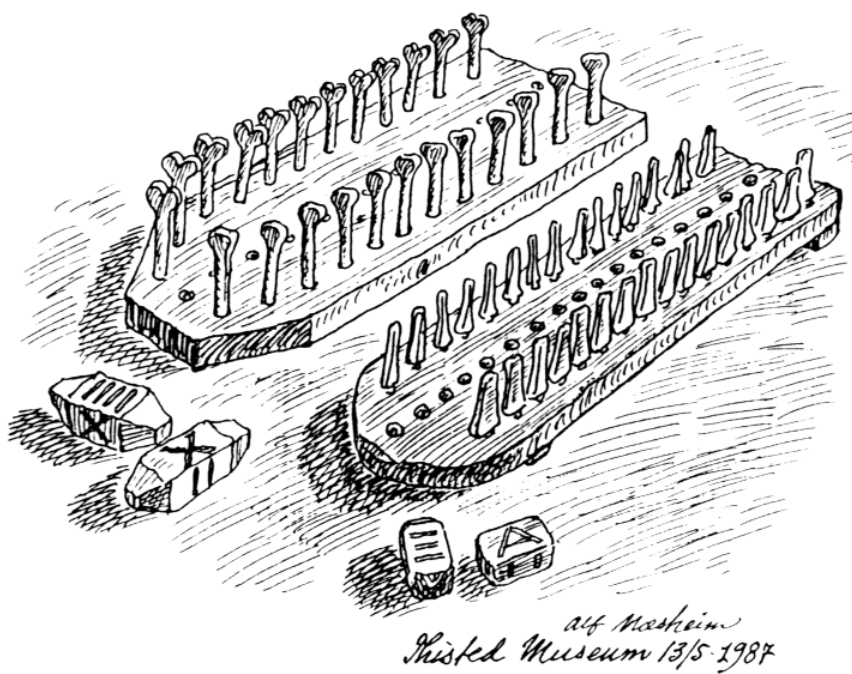 Half Ludo, half Wizard’s Chess, Daldos is played with two cylindrical, four-sided dice well-suited to use at sea. The board represents a Viking longship and is marked with three interconnected longitudinal tracks. At the start of a game the outer tracks are occupied by two opposing forces of axe-wielding warriors. Once activated with special ‘A’ dice rolls, warriors at the right-hand ends progress onto the central track. Advanced with subsequent rolls, these mobilised marauders eventually enter the enemy start track via its left-hand end and begin causing havoc by slaying any foes they land on. The goal, naturally, is to totally eliminate your opponent’s army. As you can use your dice rolls to move either one or two active warriors, and enemies can also be felled while on the central track, the game isn’t nearly as mechanical as it first appears. Regularly you find yourself torn between different courses of action. 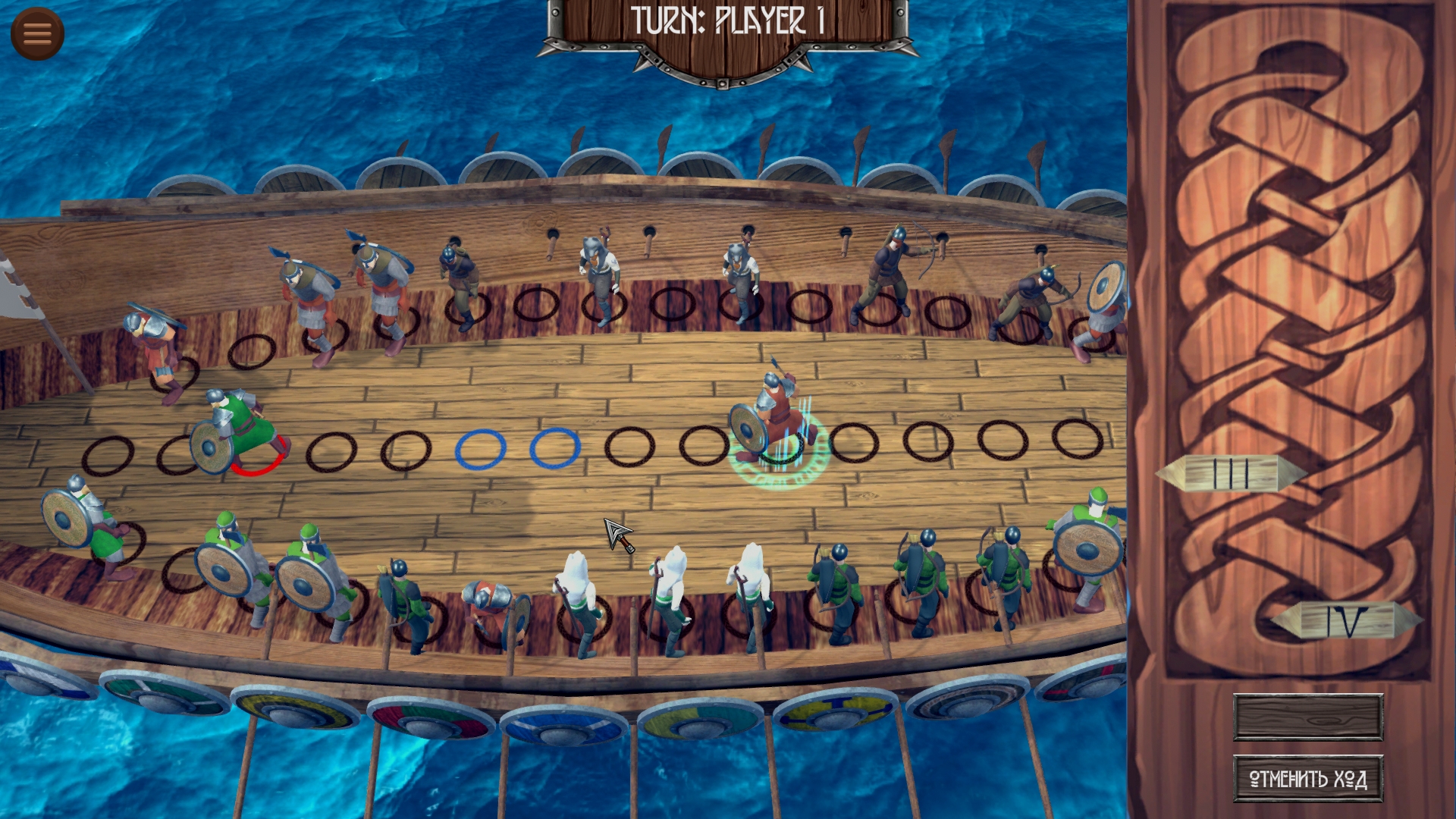 Unfortunately, right now indecision can paralyse silicon players as well as human ones. Until Vanaheim Team addresses the freezes that sometimes scupper solo games, their debut project is unlikely to garner many blue thumbs. Bug-free and enriched with a few variants (It’s not hard to picture a three dice form, or a variant with dice-enabled special offensive and defensive moves) Daldos could be splendid company. If, however, it remains in its present state, obscurity beckons.