Imagine if there were no Ancient, Medieval, Napoleonic, or American Civil War PC strategy games. Imagine if wargame makers, for mysterious reasons of their own, decided that military history commenced in 1900. A situation unthinkable in one precinct of computer gaming is accepted almost without comment in another. Today on Tally-Ho Corner I reflect on the equinophobia that’s rife in the simulation sector. 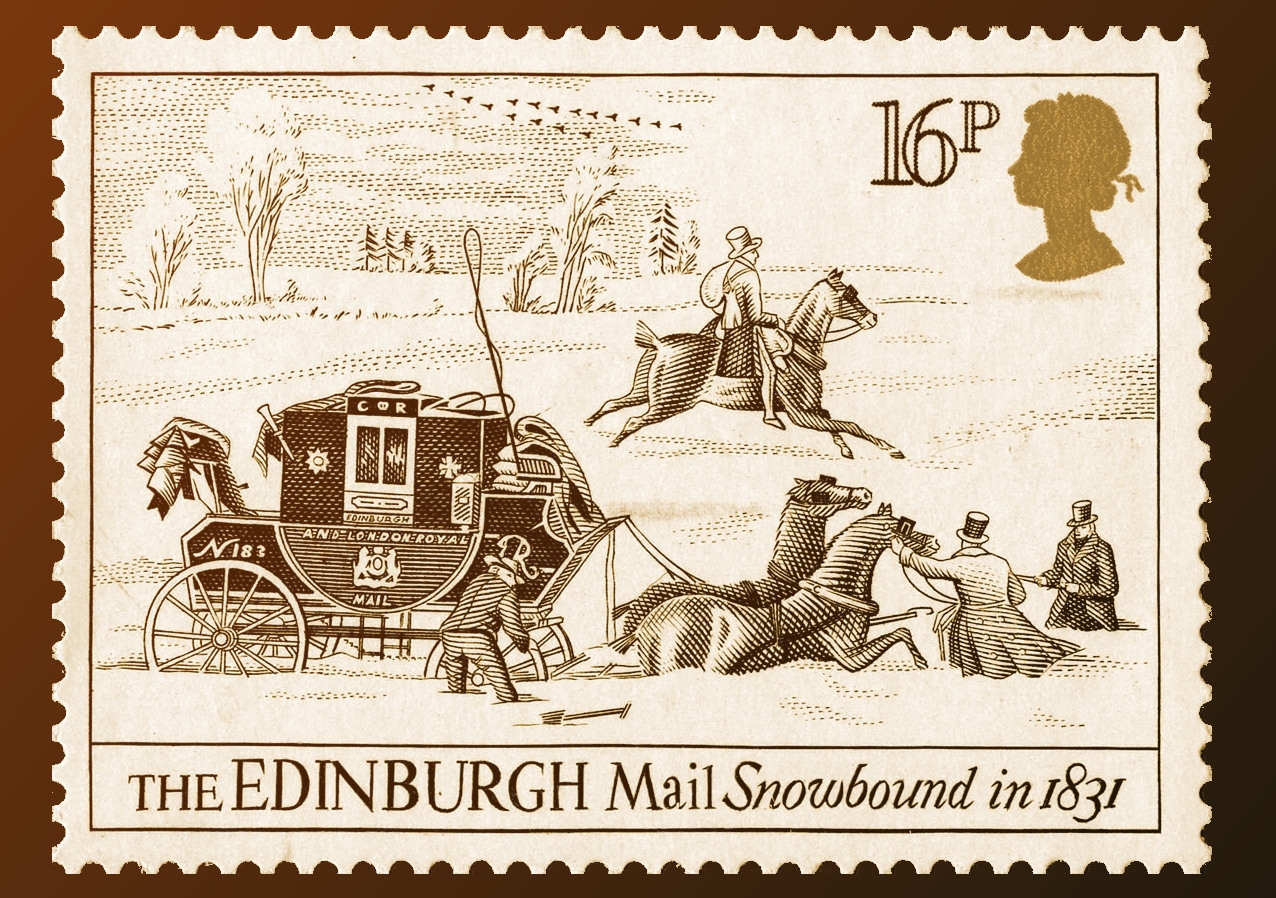 An alien learning about human civilisation solely through our sims would never guess that the automobile, aircraft, locomotive, and tank are johnny-come-latelies. Scour Steam’s vehicular simulation department for evidence of man’s 4000-year relationship with Equus ferus caballus and you’ll find almost nothing. Four millennia of horse-drawn tech, and the skills and spectacle that accompany it, are being ignored by our motor and wing obsessed sim smiths, and we, the punters, are poorer as a result.

You don’t have to look far to find the reasons for this monumental slight. Today, in the countries where the majority of sims are produced and consumed, the nag is an anachronism, a plaything of the rural and moneyed rarely seen in cities and towns. Many designers and gamers have probably never sat in a saddle or travelled by horse-drawn conveyance. Surrounded by synthetic horse-power rather than the real McCoy, it’s natural that few of us have any interest in and knowledge of the world of bridles and bits, reins and whips. 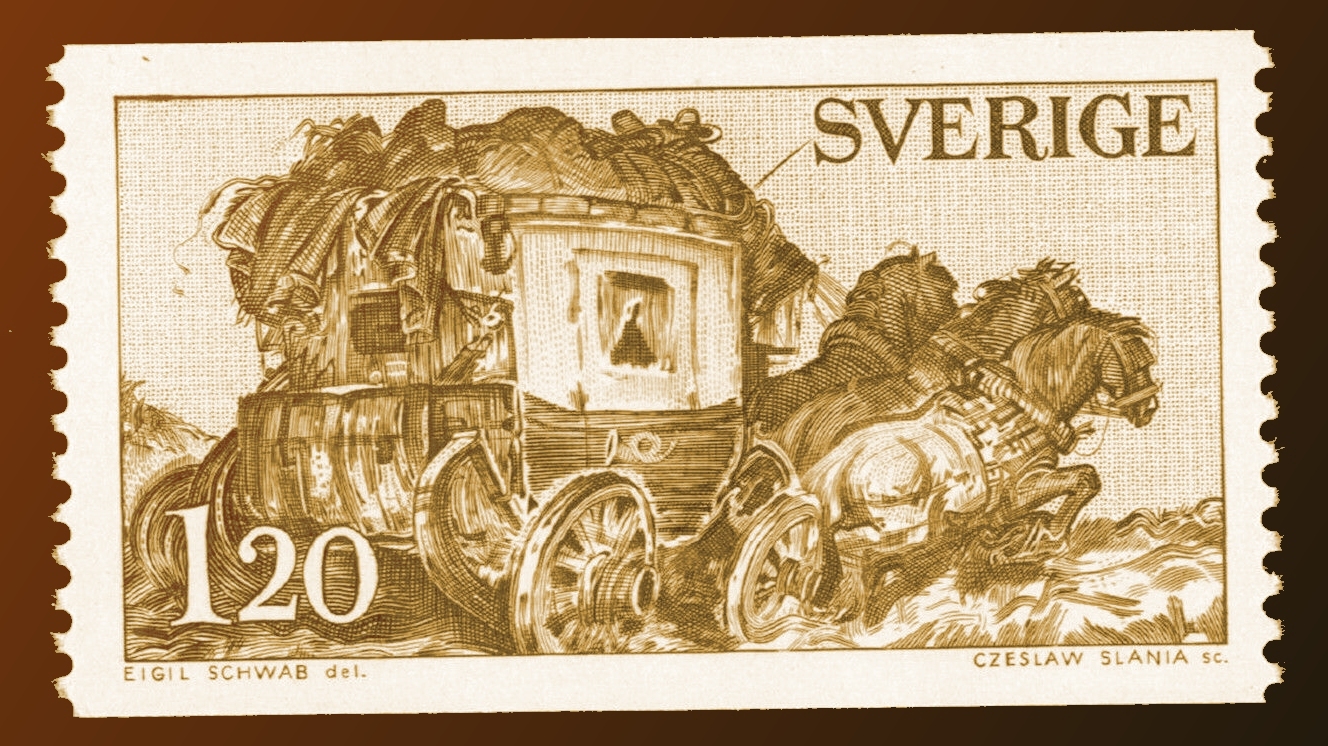 Compounding the cultural factors are practical ones. Diligently digitising a wheeled box propelled by an internal combustion engine or an electric motor is a damn sight easier than diligently digitising a wheeled box pulled by temperamental flesh-and-bone quadrupeds. The fact that devs working in other genres frequently struggle to get equine basics right hints at the formidable task facing anyone who, deciding to buck the de facto pony boycott, endeavours to sim a coupé rather than a coupé, a merkava instead of a Merkava.

At this point I suspect some reading this will be pondering the possibility that horse-drawn sims are rarer than rocking horse manure because their subjects are inherently less interesting and less exciting than planes, trains, and automobiles. It’s a valid debating position, but one I’m confident I can demolish using a dash of make-believe and a few of the horsier history books on my shelves. 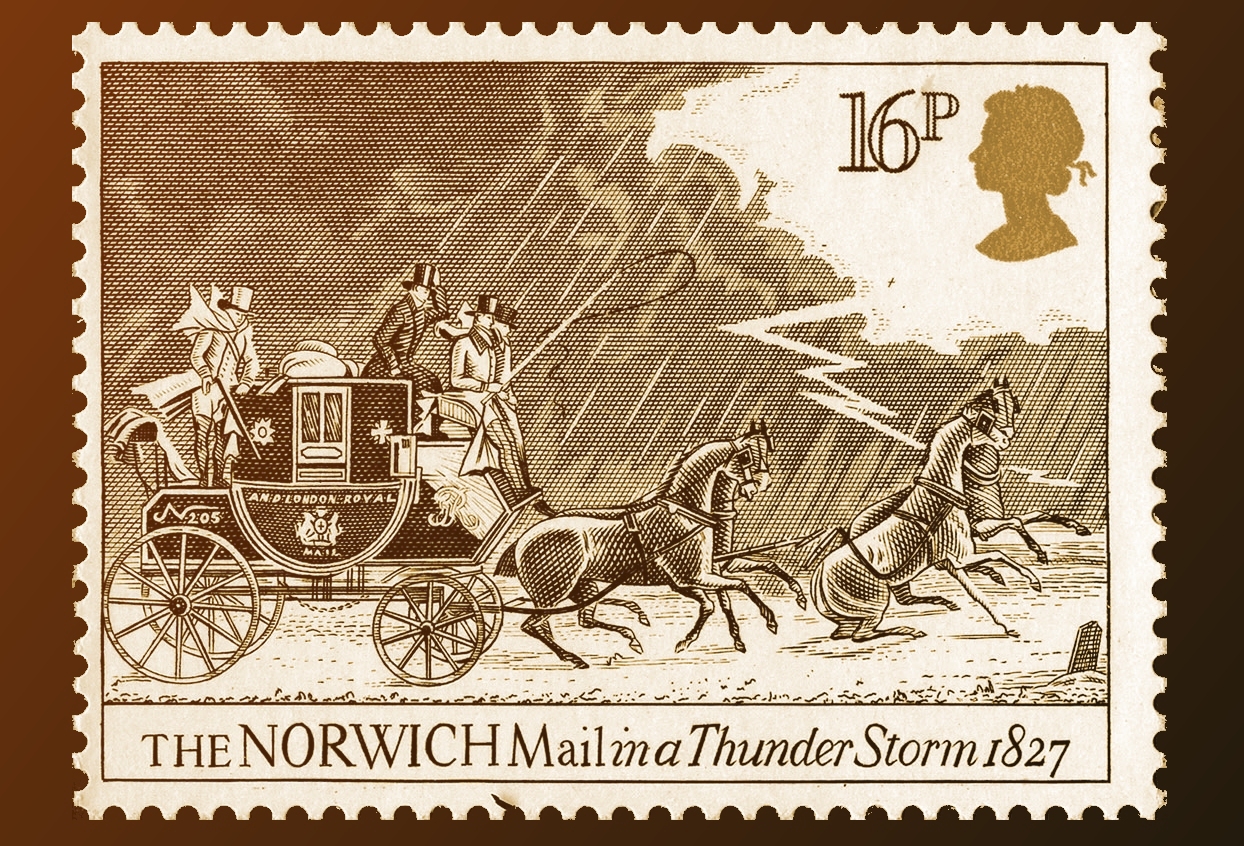 Picture yourself perched on the jiggling driver’s seat of an in motion sim stagecoach. Reproduced as rigorously and charismatically as the best DCS aircraft or OMSI bus, the coach and its six personality-endowed power plants are going like the clappers for reasons we don’t need to specify (Behind schedule? Highwaymen in the vicinity? Wounded passenger aboard? Wager?). The pace together with billowing dust and failing light makes an already difficult task, trickier still. To the muffled passenger half-asleep at your side, the team of horses seem to be navigating the winding road largely on instinct and memory. While he’s aware of your occasional whip flicks and brake applications, he doesn’t notice the frequent delicate adjustments you’re making to the six reins held lightly between your fingers…

“The artistry, skill, finger dexterity, and practise necessary to a top-flight reinsman was about equal to that required by a concert pianist, and very much akin to it. Each rein was manipulated by “climbing” it – gathering it in by alternatively drawing with the finger on each side of it – and by separating the fingers just enough to let it slip out the desired amount. It is not too difficult for a novice to “climb” a rein between the middle and fore fingers of his right hand, or to let it slip back. But try to climb one between the third and little fingers of your left hand while holding another stationary between the third and middle fingers and at the same time letting still another slip an exact difference between the middle and fore fingers!”

In addition to mastering fiddly rein management, users of a high-fidelity stagecoach sim would need to ditch cornering habits deeply ingrained by the likes of OMSI and ETS2…

“With the horses swinging along a narrow road at a brisk trot, the coach might be approaching an equally narrow crossroad onto which the driver wished to make a left-hand turn. With the teams at a trot, all the reining had to be done within a fraction of a second if the coach were to be kept in the roadway. The lead span [span = pair of horses] had to continue straight ahead until it was past the centre of the intersection before starting its turn… Then while the lead span was being turned to the left, the swing span [the pair behind it] had to be held straight ahead by reining slightly to the right until it too had passed the centre of the intersection. And as the swing span was being reined into the turn, the wheelers [the pair closest to the coach] had to be reined to the right, for if they were allowed to turn too soon the coach would cut the corner, always with a chance of an upset.”

Tell me that doesn’t sound more interesting than flicking an indicator stalk and languidly turning a wheel at the appropriate moment! 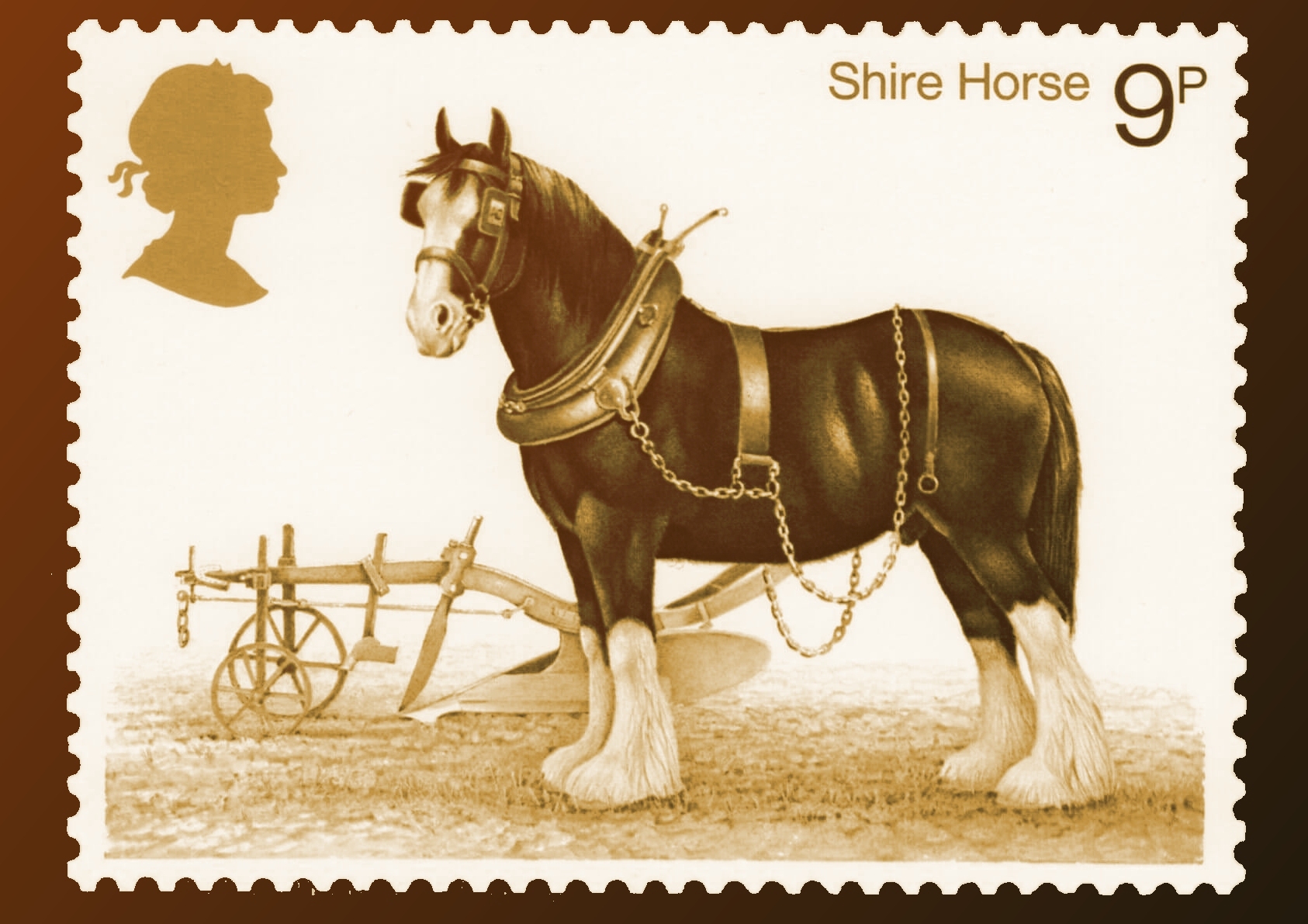 Another sim subgenre crying out for decarbonisation is the one dominated at present by the somewhat soulless Farming Simulator. Now and again, something – the sight of a rusting horseshoe nailed to the wall of a derelict barn, or a gaily painted antique plough in a pub garden – will leave me picturing a pre-tractor agri sim. The heavily hedged 19th Century farm, the plodding Shires with their gleaming brasses, the towering elm trees, the season/situation specific birdsong, the John Clare quotes on the loading screens… I can see and hear almost every detail. 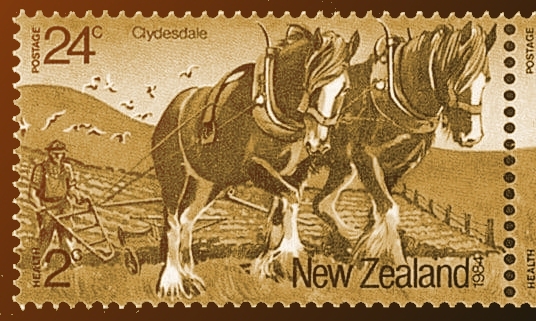 The stars of this polygonal pipe-dream are, of course, the horses. Their characters and quirks, combined with sublime physics, and lashings of rural atmosphere would make potentially repetitive tasks like ploughing anything but. While the ploughmen of old didn’t require the quick reflexes and nimble fingers of the stagecoach pilot, they had to have their wits about them. As this quote from John Stewart Collis‘ ‘The Worm Forgives The Plough’ makes clear, horse ploughing is by no means as simple as it appears:

“When the coast was clear later on I asked the carter if I might try my hand at ploughing a few furrows. I knew that he would be far from pleased at the request, but putting my pride in my pocket (a thing I do all my life at intervals with deliberation), and going on the principle that ‘nothing dare, nothing do’ I approached the ploughman. And as it is harder to refuse than to acquiesce in such things, he let me try. He said he would lead the horse (only one was being used) the first time, while I managed the plough. This was an easy way of starting. Even so I immediately felt in need of four hands, two for reins and two for plough. However, imitating this man’s method, I put the reins over my head till they were held taut round the right shoulder and under the left arm. And since the horse was started and led by my companion I reached the bottom of the field leaving behind a moderately straight furrow… Then I took over the whole thing. Now I would plough a furrow. It was a psychological necessity for me to plough a furrow… I took up my position, and it only remained for me to proceed.

The horse refused to move.

I urged it forward, but then it moved sideways, upsetting the plough. And I spent some time in putting it into position again.

It then moved over the other side with the same result. I had not yet advanced a step. My psychological furrow still remained in the realm of the imagination.

Once more I got into position. This time we did really start, we did really move forward. But after ten yards the horse swerved badly left. Using one hand for the reins, thus leaving only one for the plough, I pulled him round too much. Nevertheless we proceeded, but again owing to lack of rein control the horse went sideways and my furrow, after a few yards of near straightness, went west. Still, when I had reached the bottom the thing had been done, I had ploughed a furrow. It could hardly have been less straight, but a weight was lifted from my mind.” 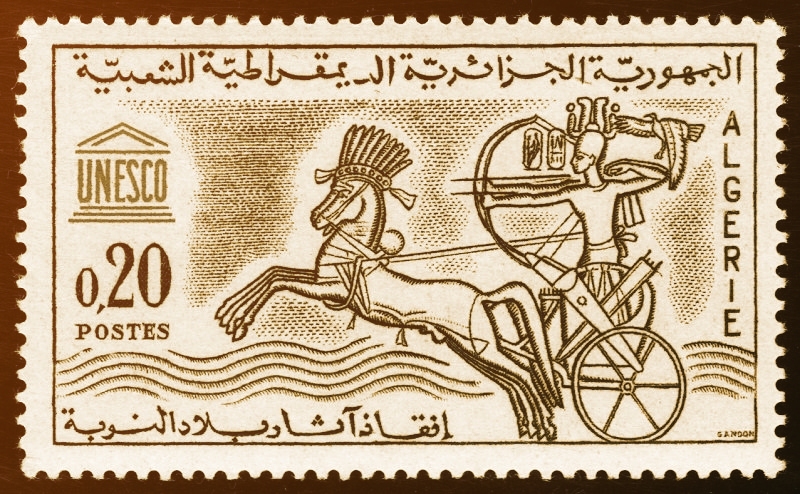 If I was in a position to commission a third horse-drawn sim, the sim in question would have to centre a cruelly neglected war machine. The fact that they criss-crossed battlefields for around two thousand years, and were involved in one of history’s most spectacular scraps, oddly hasn’t saved the chariot from sim obscurity. 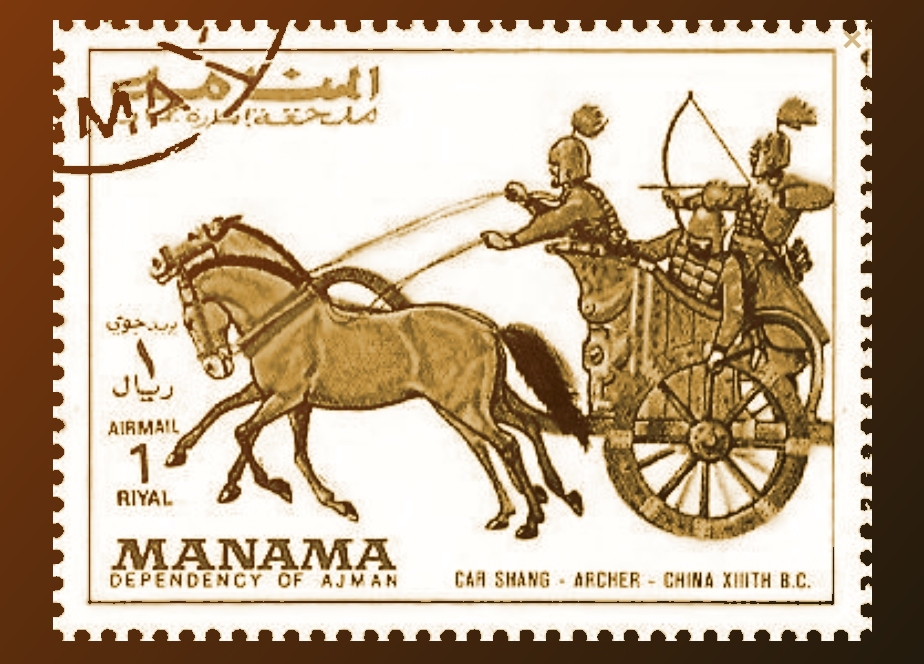 Introduced at a time when the newly domesticated horse was too small and tenderfooted to support warriors (horseshoes and cavalry came later) chariots originated on the Eurasian steppe circa 2000 BC then spread west and eastward. Most civs used them primarily as mobile archery platforms, but their value as infantry-intimidating shock weapons and, occasionally, as troop taxis was also exploited. In the Middle East and China, where they were used in huge numbers, they often carried three-man crews. In addition to the all-important driver, and the bowman, there’d be a chap armed with spear, shield, and sword whose job it was to protect his mates from incoming arrows, fend off boarders, and skewer passing charioteers. 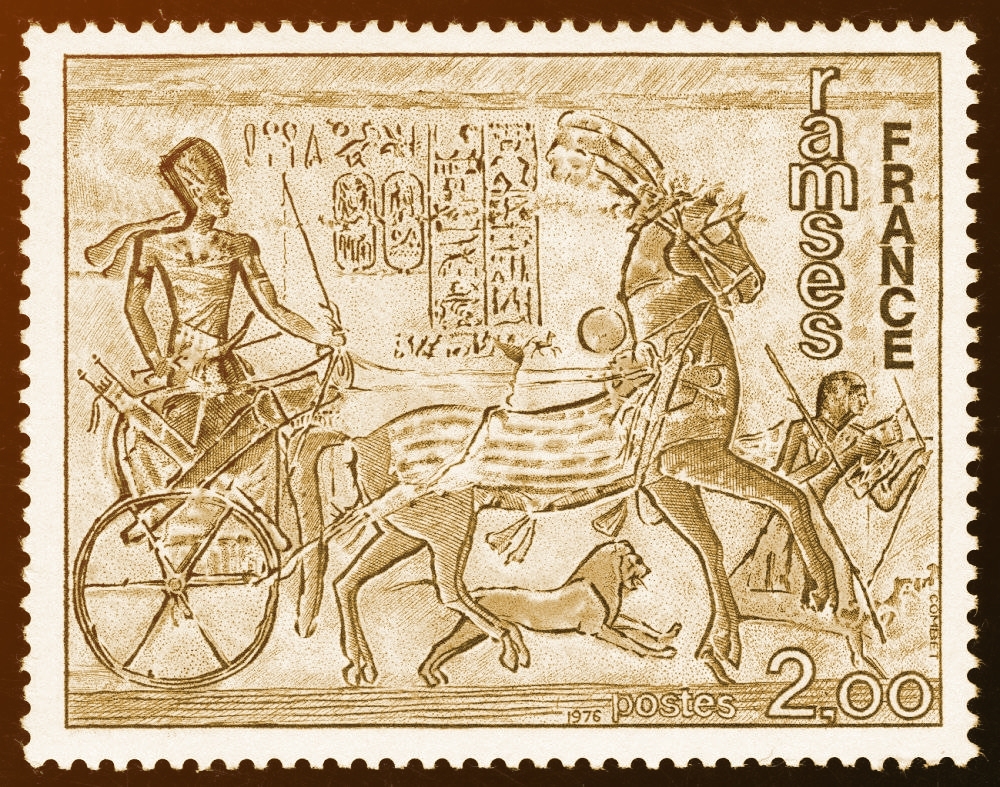 In 1274 BC two relatively early adopters, the Hittites and the Egyptians, were involved in the Prokhorovka of chariot battles. Between five and six thousand horse-drawn IFVs participated in the nip and tuck Battle of Kadesh. It will probably be a decade or two before a clash of this size could be simmed fluidly on the average home PC, but happily history is studded with numerous smaller scraps better suited to scenariofication. Naturally, being a Brit, I’d love to see some of the chariot’s final appearances recreated. The armour-scorning tribesmen on the nobbly island north-west of France employed chariots long after they’d fallen out of favour elsewhere, and did so in their own unique way. British drivers were as agile as squirrels, as this period account from Julius Caesar’s ‘Gallic Wars’ points out:

“Their mode of fighting with their chariots is this: firstly, they drive about in all directions and throw their weapons [javelins] and generally break the ranks of the enemy with the very dread of their horses and the noise of their wheels; and when they have worked themselves in between the troops of horse, leap from their chariots and engage on foot. The charioteers in the mean time withdraw some little distance from the battle, and so place themselves with the chariots that, if their masters are overpowered by the number of the enemy, they may have a ready retreat to their own troops. Thus they display in battle the speed of horse, [together with] the firmness of infantry; and by daily practice and exercise attain to such expertness that they are accustomed, even on a declining and steep place, to check their horses at full speed, and manage and turn them in an instant and run along the pole, and stand on the yoke, and thence betake themselves with the greatest celerity to their chariots again.”