You’ve been slaving away in Coy Coypu’s QA dungeon for years when you hear, through the grapevine, that a promotion is finally heading your way. Big cheeses Balthazar and Brenda summon you to the award-lined conference room to outline their offer. A place on the writing or level design teams for Pistol Cove, the studio’s upcoming game about fishing, smuggling, and wrecking in 18th Century Cornwall, is what you’re hoping for. Your heart sinks like a newly sown crop of tubs when B & B begin steering the conversation in the direction of tutorials. 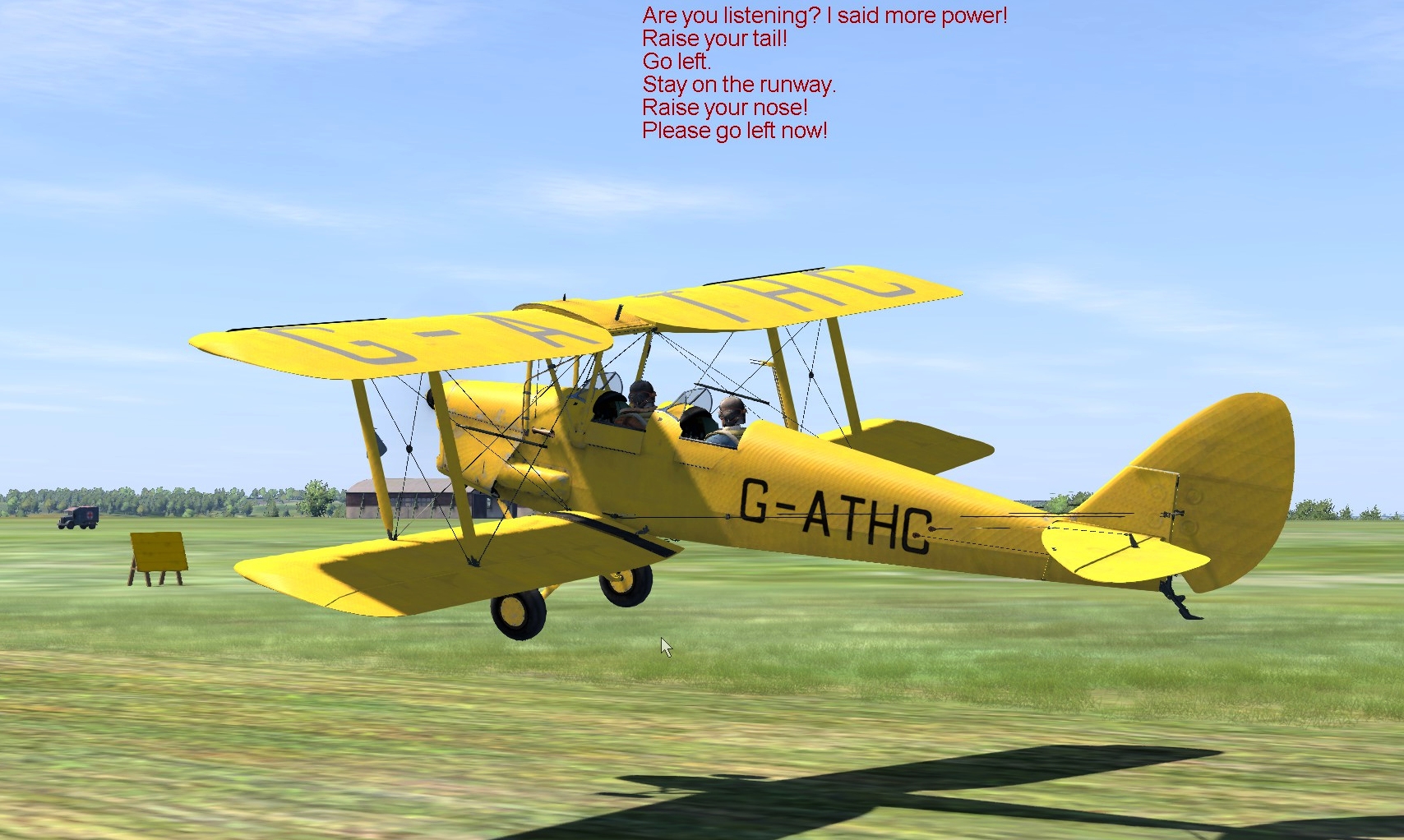 This week’s column is devoted to one of the most thankless yet important tasks in game creation – instruction. Nowadays, when games sometimes have just two hours in which to impress, the ability to educate expeditiously and entertainingly has never been more valuable. The tutorials that, in a perfect world, welcome us, tantalise us, and equip us for what is to come, can be the difference between a long, happy relationship and a swift, grumpy refund, and yet many titles still make a frightful hash of showing newcomers the ropes. 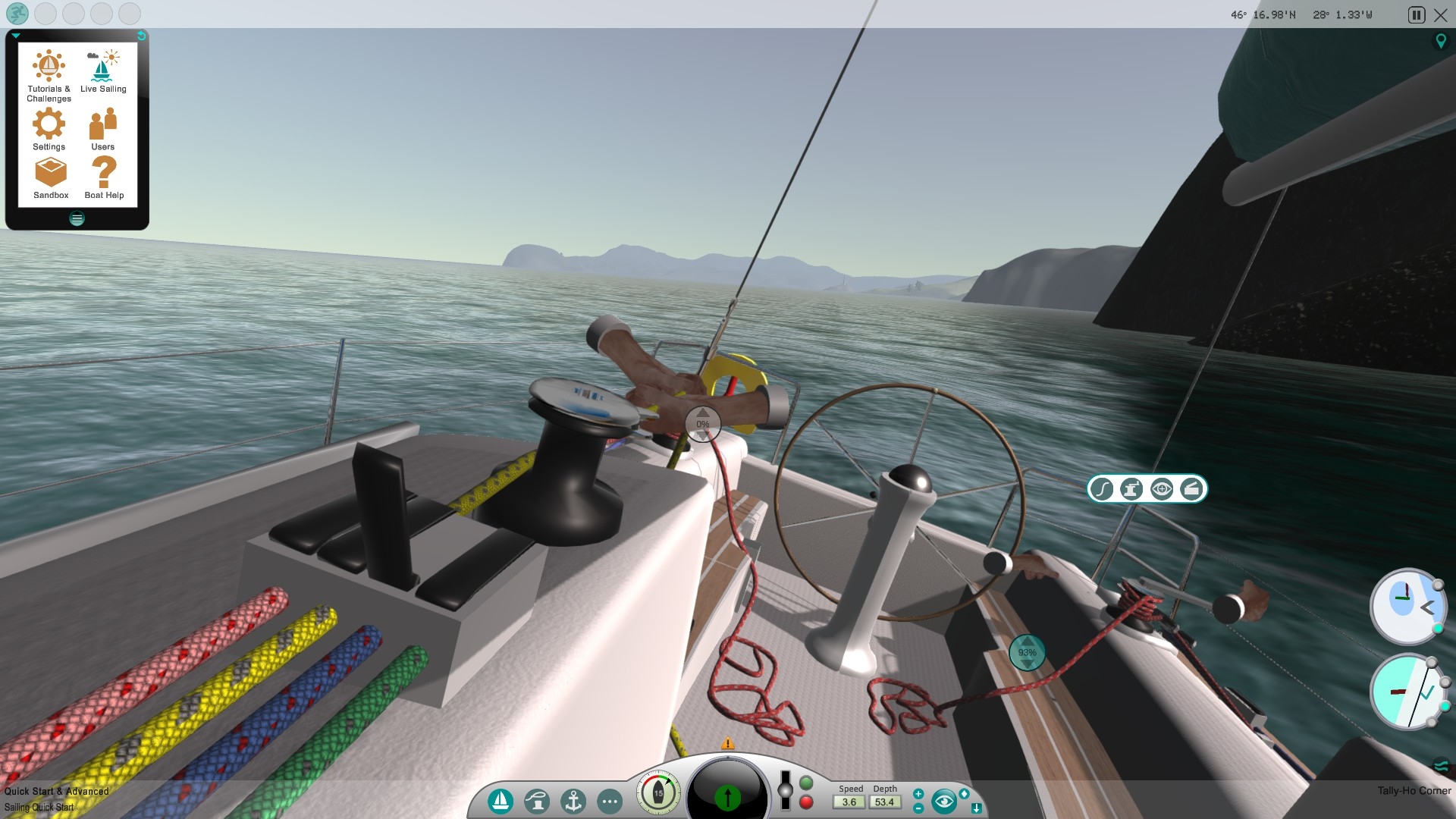 Having spent a significant portion of the past seven days literally learning the ropes (I thought it was about time I finally got to grips with the excellent* eSail) it’s hardly surprising my mind has turned to tuition.

* Apart from the scenery and the choice of yachts 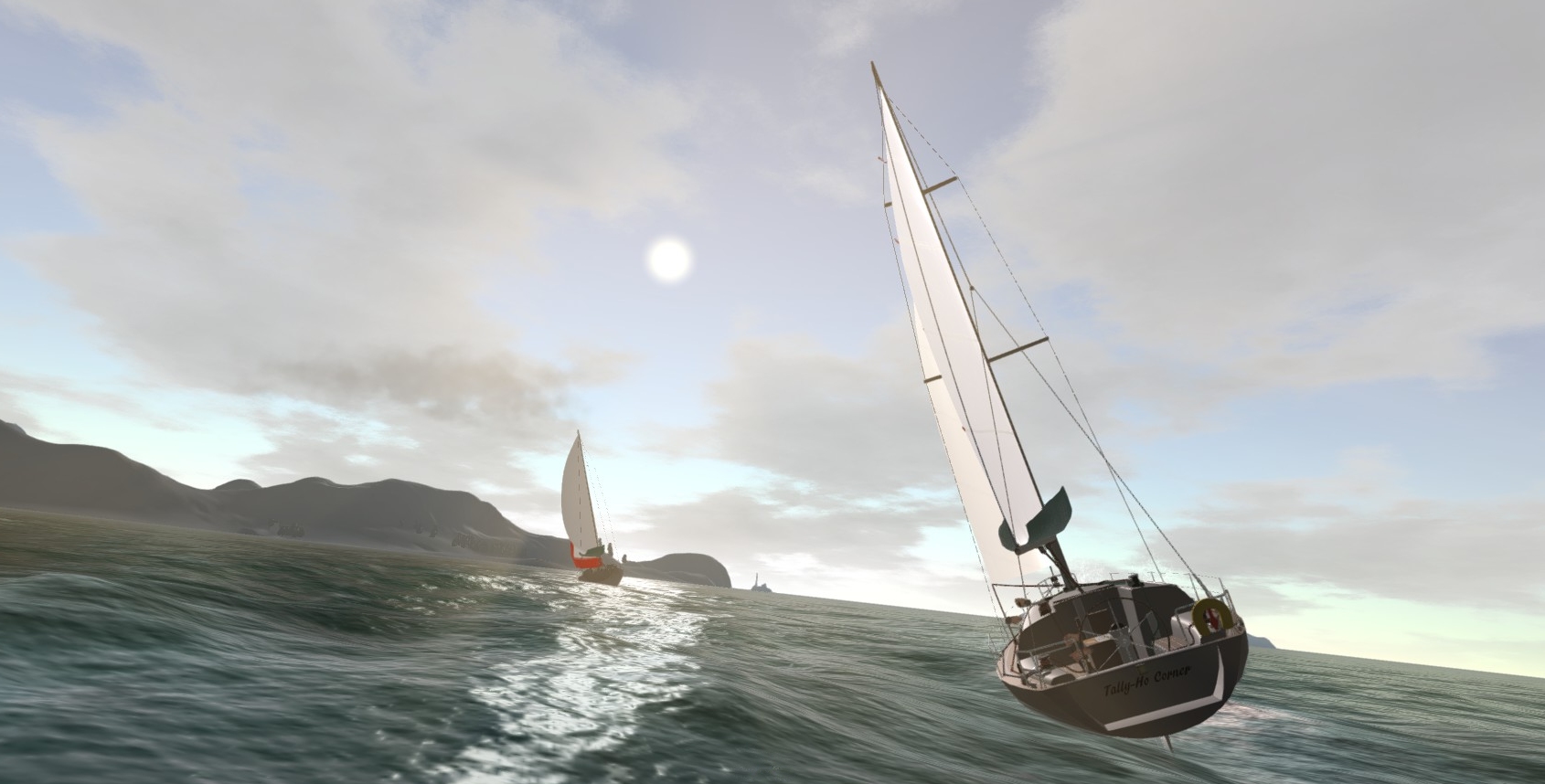 Awash with tutorials but not wholly reliant on them, eSail is almost the perfect pedagogue. It breaks very few of THC’s highly subjective…

1. Provide tuition for those who need it

I really shouldn’t need to point out that offering tutorial missions, help screens, and dynamic guidance (see 6 & 7) is, especially in THC’s bailiwick, always a good idea, but recent releases such as Combat Mission Cold War suggest that the blindingly obvious isn’t blindingly obvious to all. Not only does CMCW greet novices the way Schürzen greets bazooka rockets, a hopeful/desperate scroll through the battles list reveals nothing resembling a play primer. The only training aid Battlefront provides is a fat manual devoid of ‘New to Combat Mission?’ type sections.

2. Don’t make me plough through PDFs while playing your tutorials 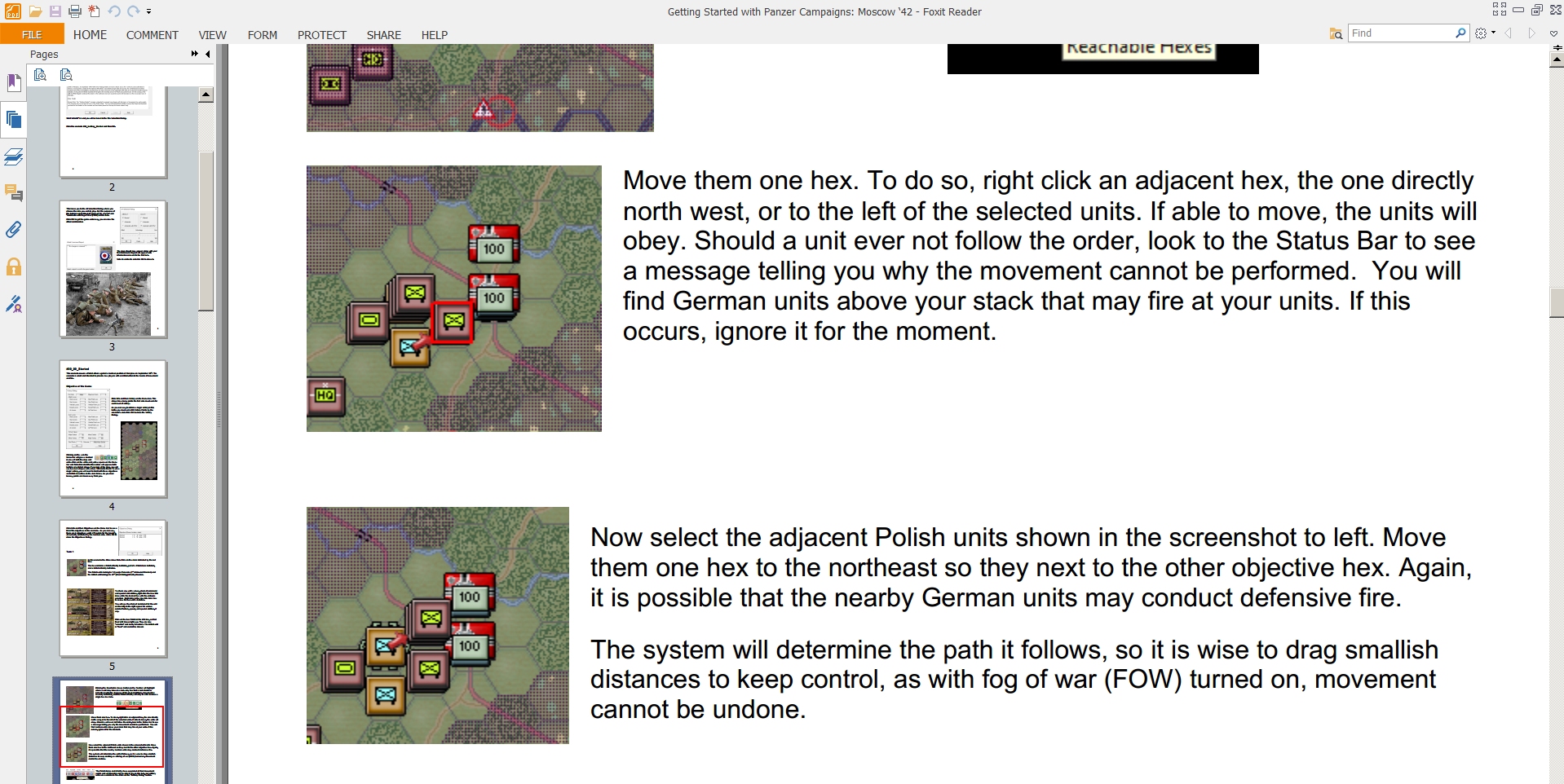 If I’d wanted to spend the evening reading I’d be denting the sofa right now with an actual book in my fist, not sitting at a desk staring at a text-clogged screen, impatient for ersatz warfare. Want me to scout that crossroads with my armoured car, lay a smoke screen behind the church with my mortars, or assault that brickworks with my paratroopers? Tell me without dragging my eyeballs away from the battlefield, please.

3. Videos should be a last resort or a supplementary resource only 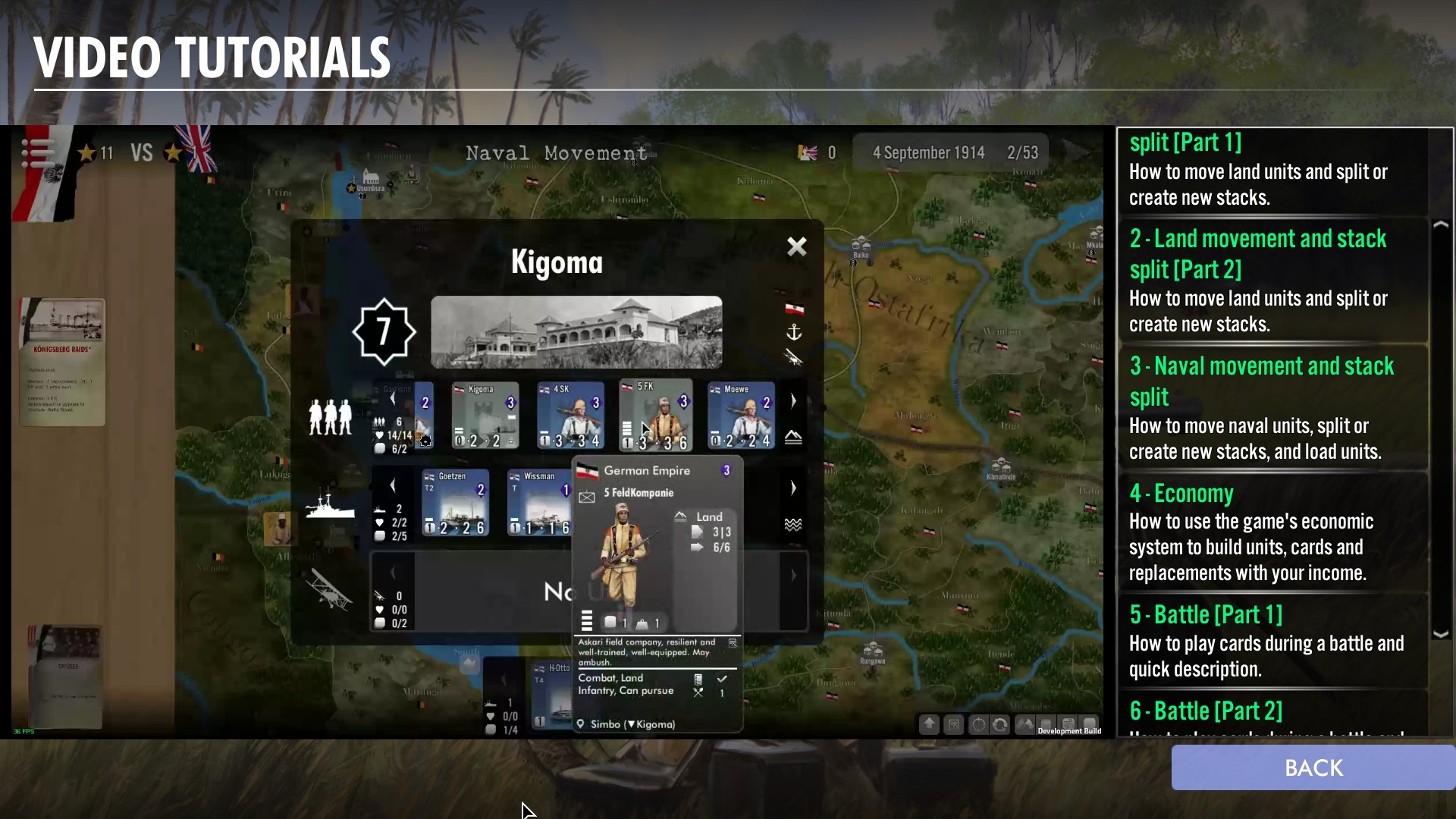 Assuming they are succinct and clear, vids are probably preferable to pdf-reliant tuition, but nobody really wants to spend their first half-hour with a new purchase sitting on their hands in a soporific screening room. Tactile learning is more effective than visual/auditory learning. If your training method doesn’t involve mouse and keyboard, it’s sub-optimal.

4. Don’t be afraid of insulting my intelligence 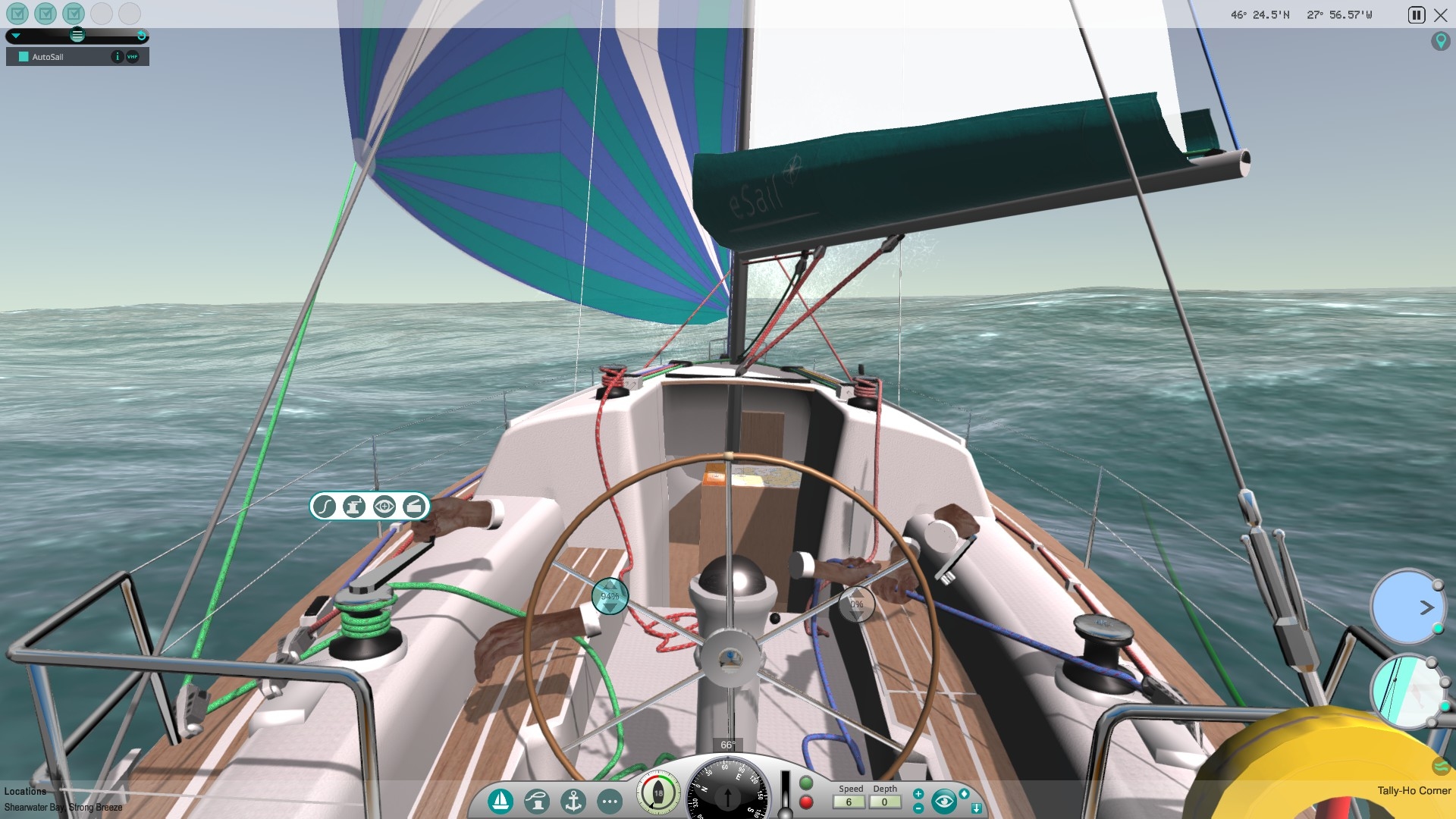 eSail’s one shortcoming as a tutor is its failure to fully explain fundamental concepts such as points of sail (Sailaway is better in this respect). It blithely recommends the player goes elsewhere for their primary education. With dozens of hours of virtual yachting under my belt I still find close-hauled sailing faintly miraculous… I’m still not entirely sure why my craft has two sails rather than one or three. Yes, I could answer these questions outside of the sim, but I’d much prefer to learn in situ. 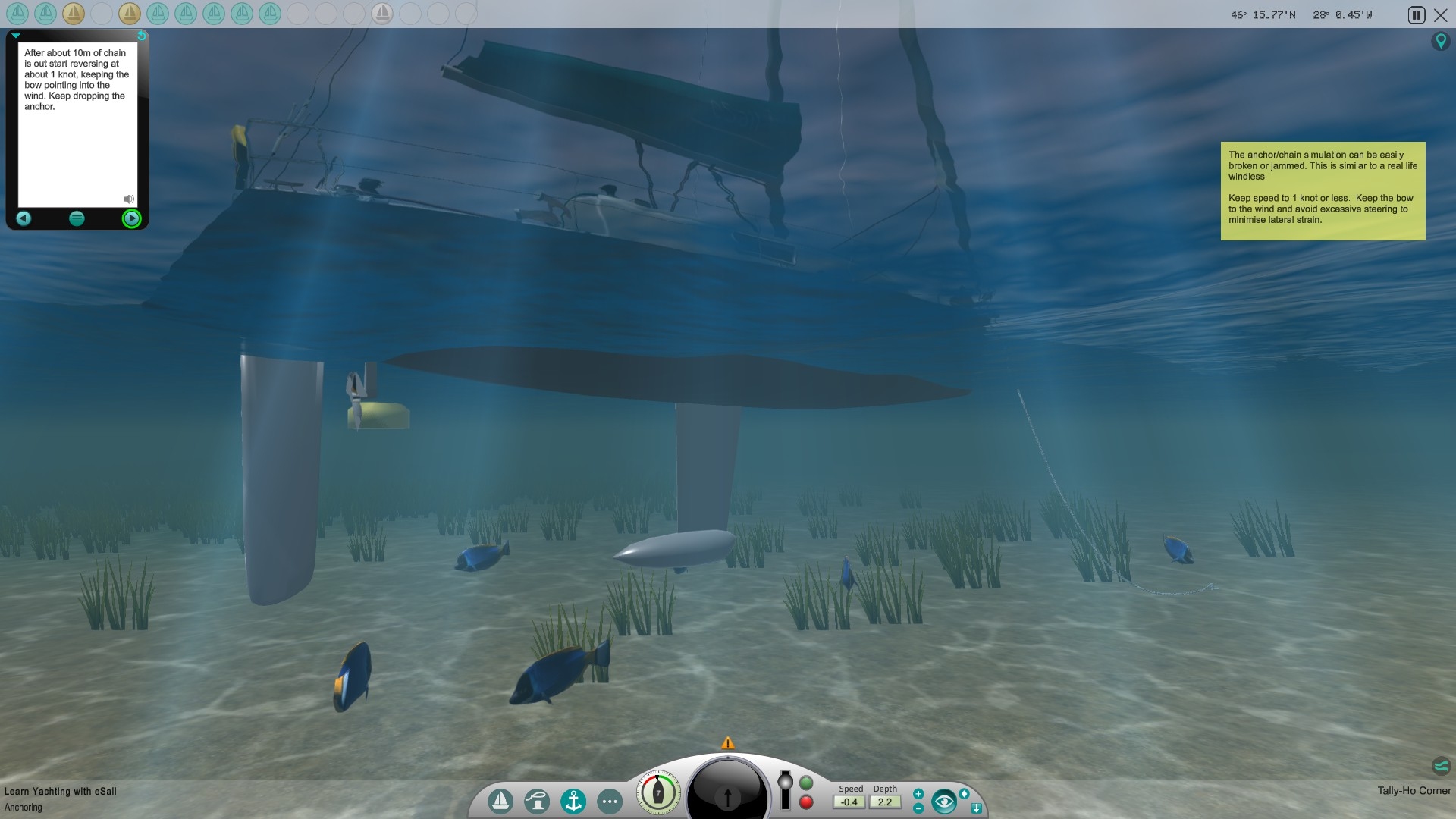 Every eSail tutorial instruction is spoken as well as slapped on the screen. What might seem like a frivolous indulgence on the part of the dev, is actually pretty transformative. Having info piped directly into your lugholes frees up mince pies for monitoring sails and surroundings, and gives lessons pleasing naturalism.

Sadly, the sim that used audible instructors most extensively and effectively is no longer available.

6. Don’t stop assisting me when the tutorials end 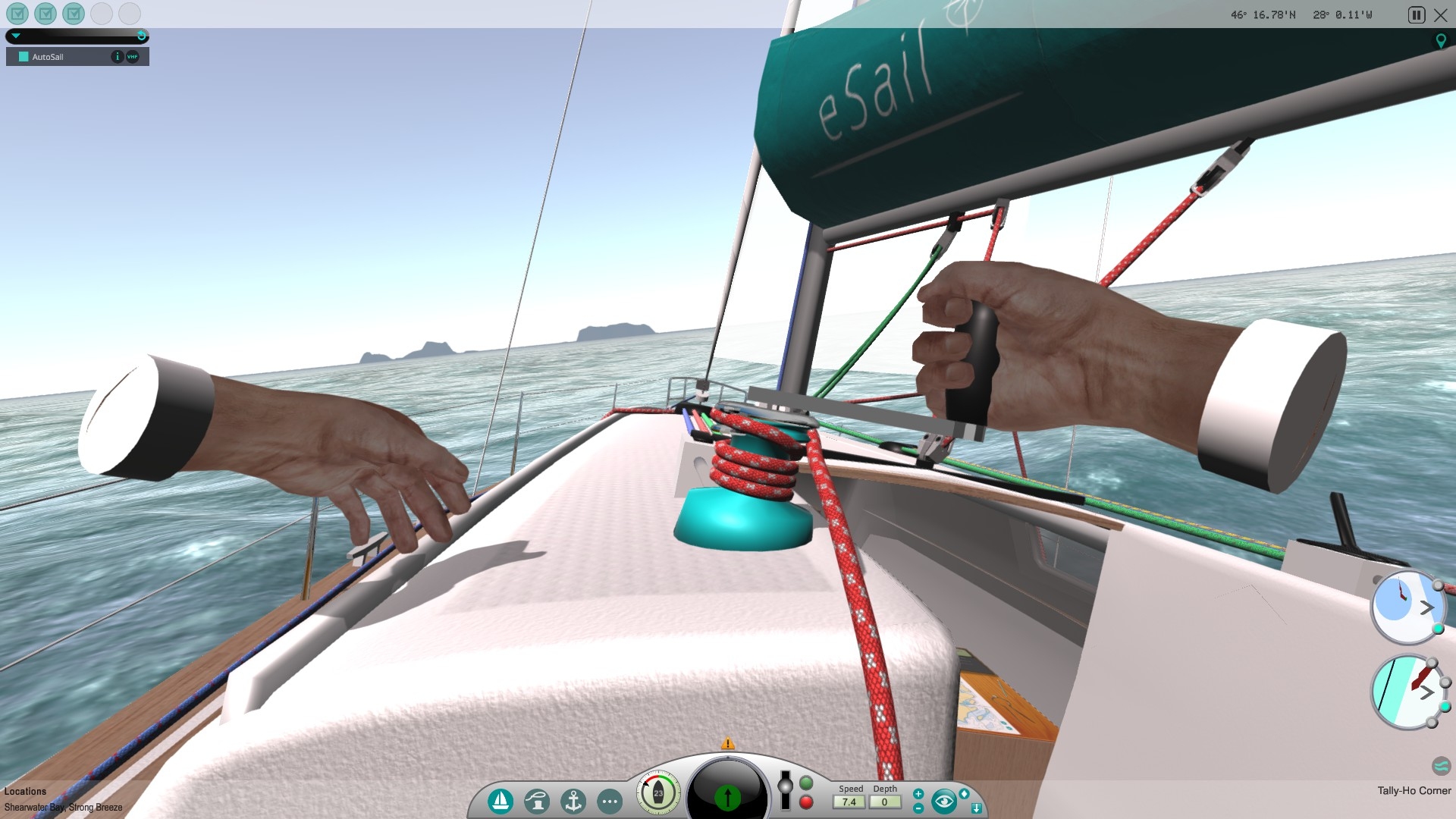 I’ve learnt almost as much from watching eSail’s disembodied hands at works, as I have from attending the sim’s interactive lessons. The game’s sole wave cleaver has a crew of three, counting the player. The two invisible-except-for-their-hands AI sailors will, if asked to, undertake all aspects of sail management. When I’m not sure what to do with my jib or what angle my mainsail should be at, I simply pass the relevant lines to Port Arthur and Starboard Stan* and observe what happens next.

* Not their official monikers 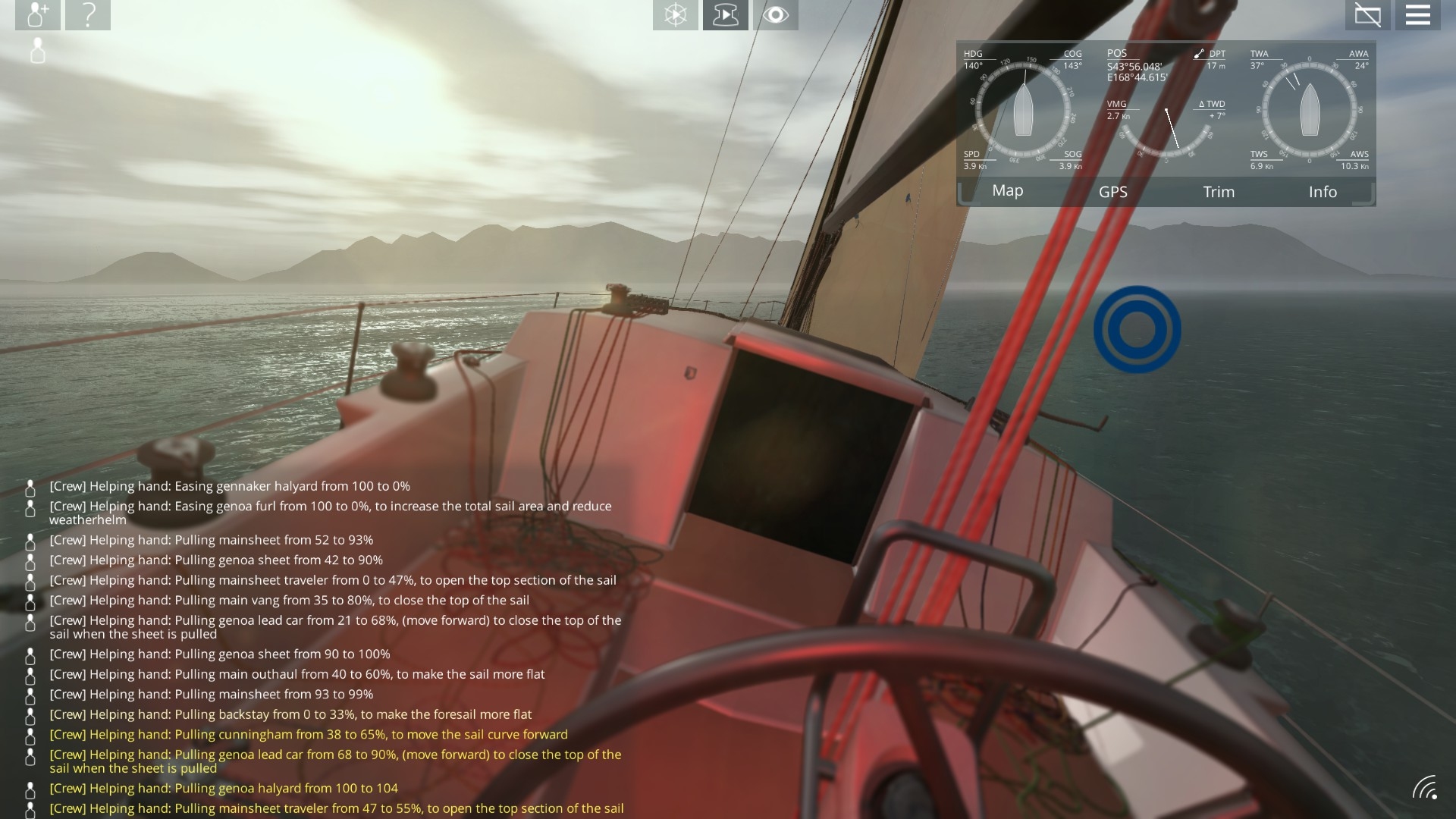 Just as convenient and capable, the helpers in Sailaway are totally incorporeal. Realising perhaps that this makes them less useful as teachers, Orbcreation provides text summaries of everything they do. Combined, eSail’s hands and Sailaway’s AI commentary, would constitute a near-perfect sailing sensei.

7. Tutorials aren’t the only way 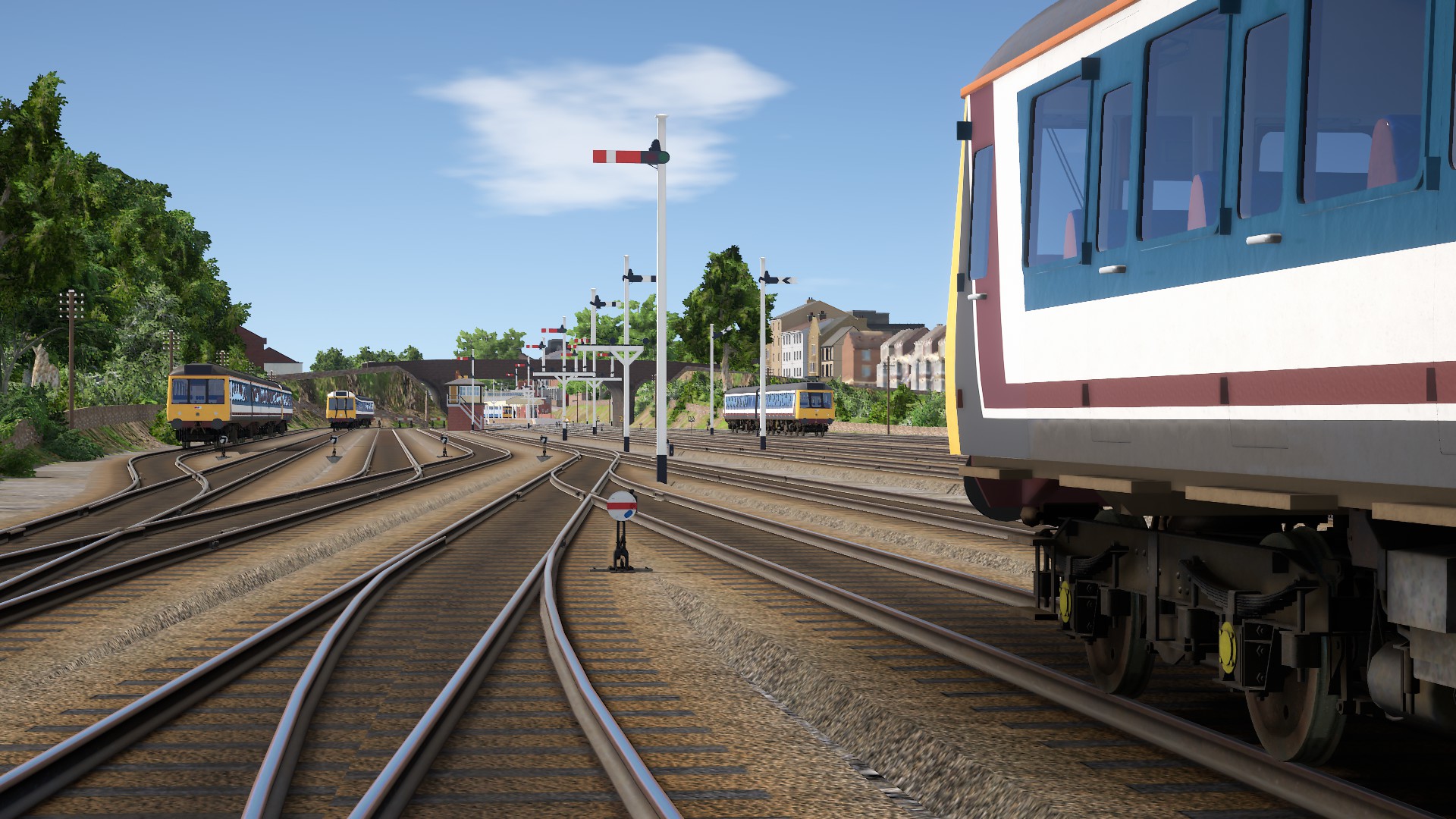 Diesel Railcar Simulator, a strong candidate for my favourite rail sim, daringly dispenses with traditional tutorials, relying instead on a toggleable system of dynamic instruction smart enough to work with any route, service, and form of motive power. Activate the ‘key helper’ in the options menu (I can’t remember if it’s on by default) and the sim displays a constant stream of input cues at the bottom of the screen. At times the flow of messages – Press S to close throttle… Press C to apply brake… Press D to lap brake… – can be a tad torrential, but do what is asked and you can’t fail to get from A to B. After an hour or three of rote responses, you’ll probably find you no longer need the prompts. 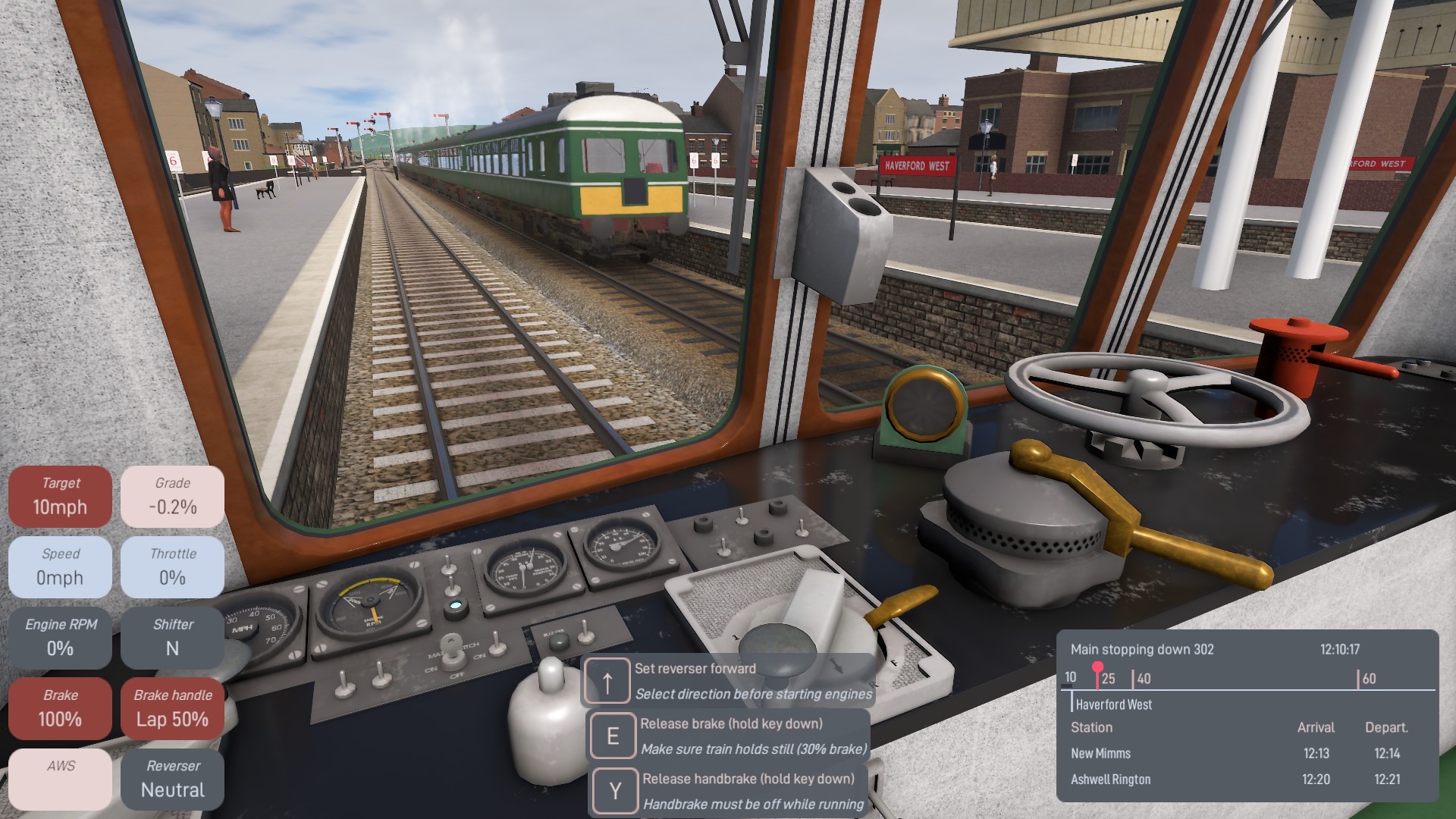 Combine the key helper with the activate-at-any-time autodriver and, for all intents and purposes, you hand control over to an old-hand happy to provide a running commentary. 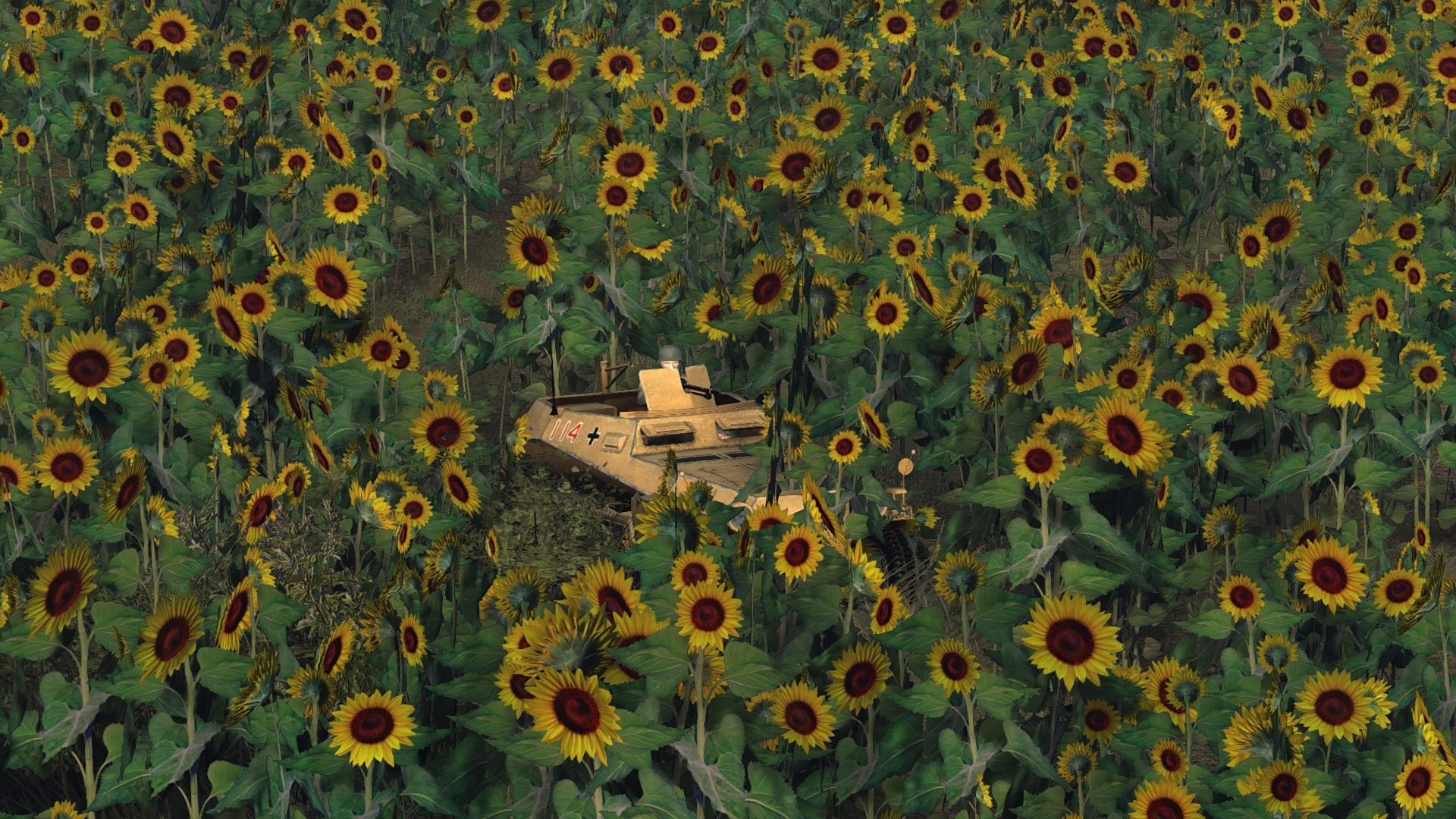 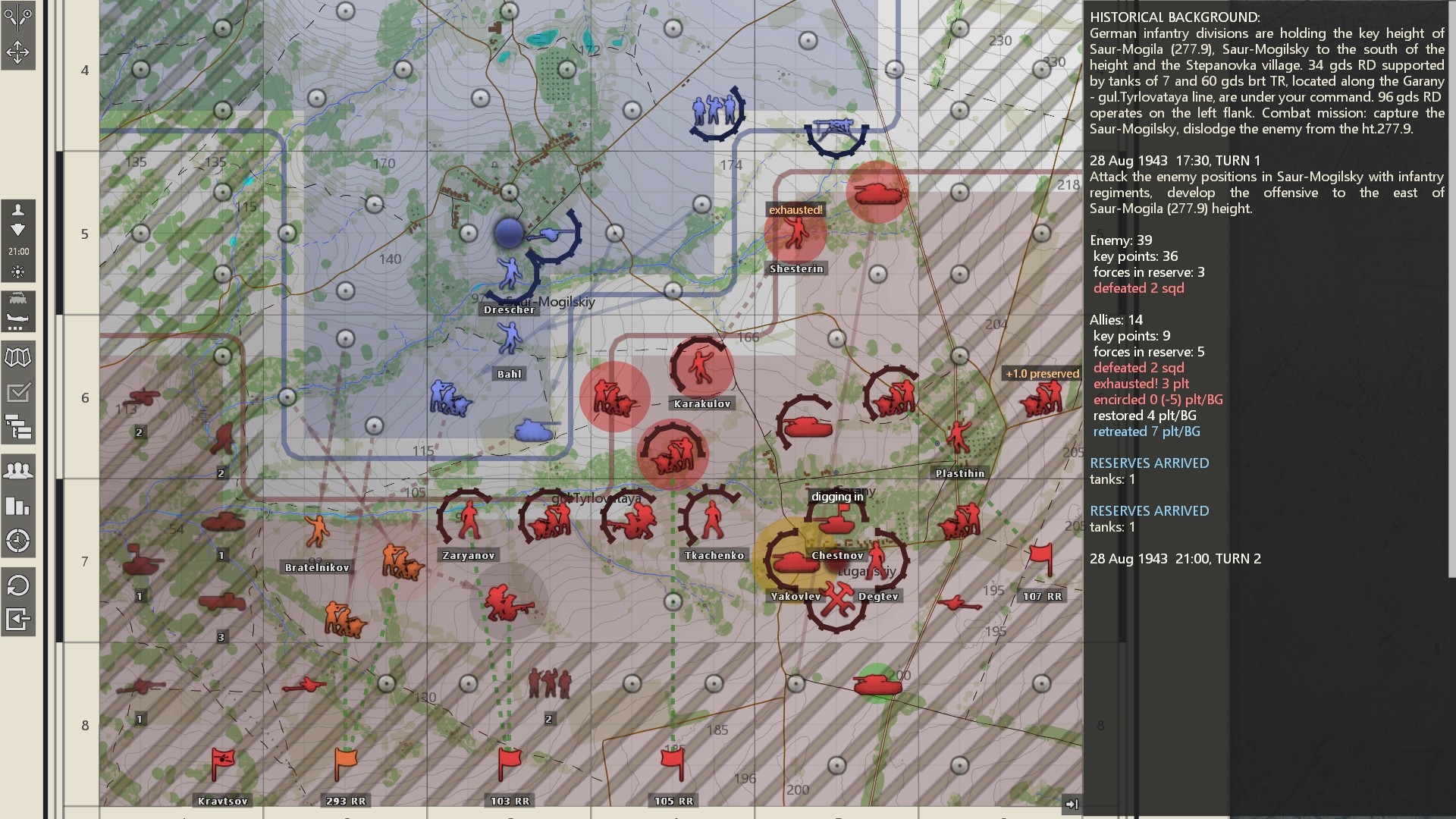 Right now said battle spawner is covered by a single tutorial that delivers information as mercilessly and mechanically as an MG 42 delivers lead. 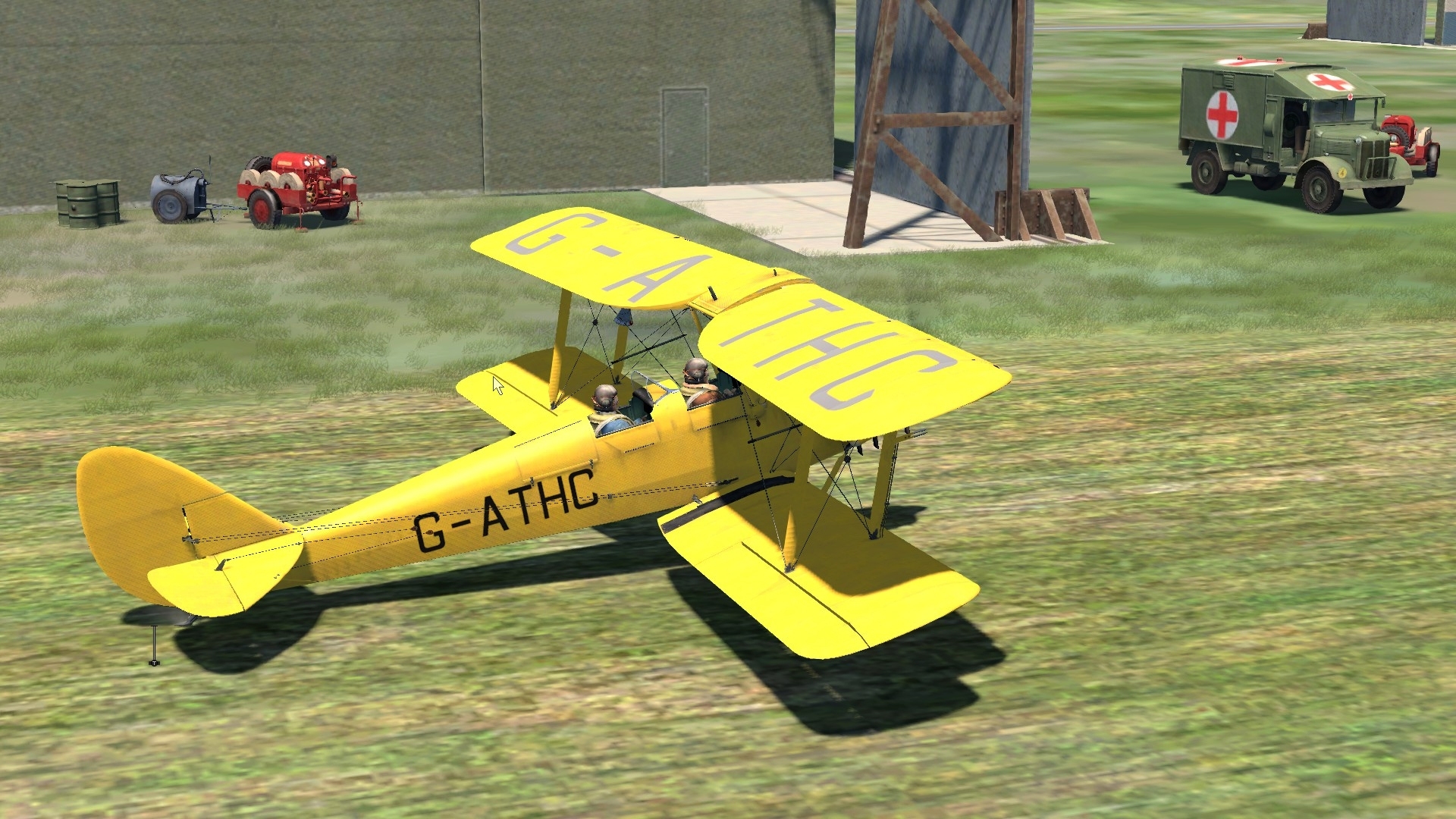 I reckon there’s no better preface to a combat flight sim career than a slew of sorties in a period-appropriate trainer. I understand why machines like Harvards, Tiger Moths, and Jungmanns are so rare in WW2 flight games (economics and genre conservatism) but that doesn’t stop me yearning for a sea-change.

10. Dispense with the kid gloves on occasion 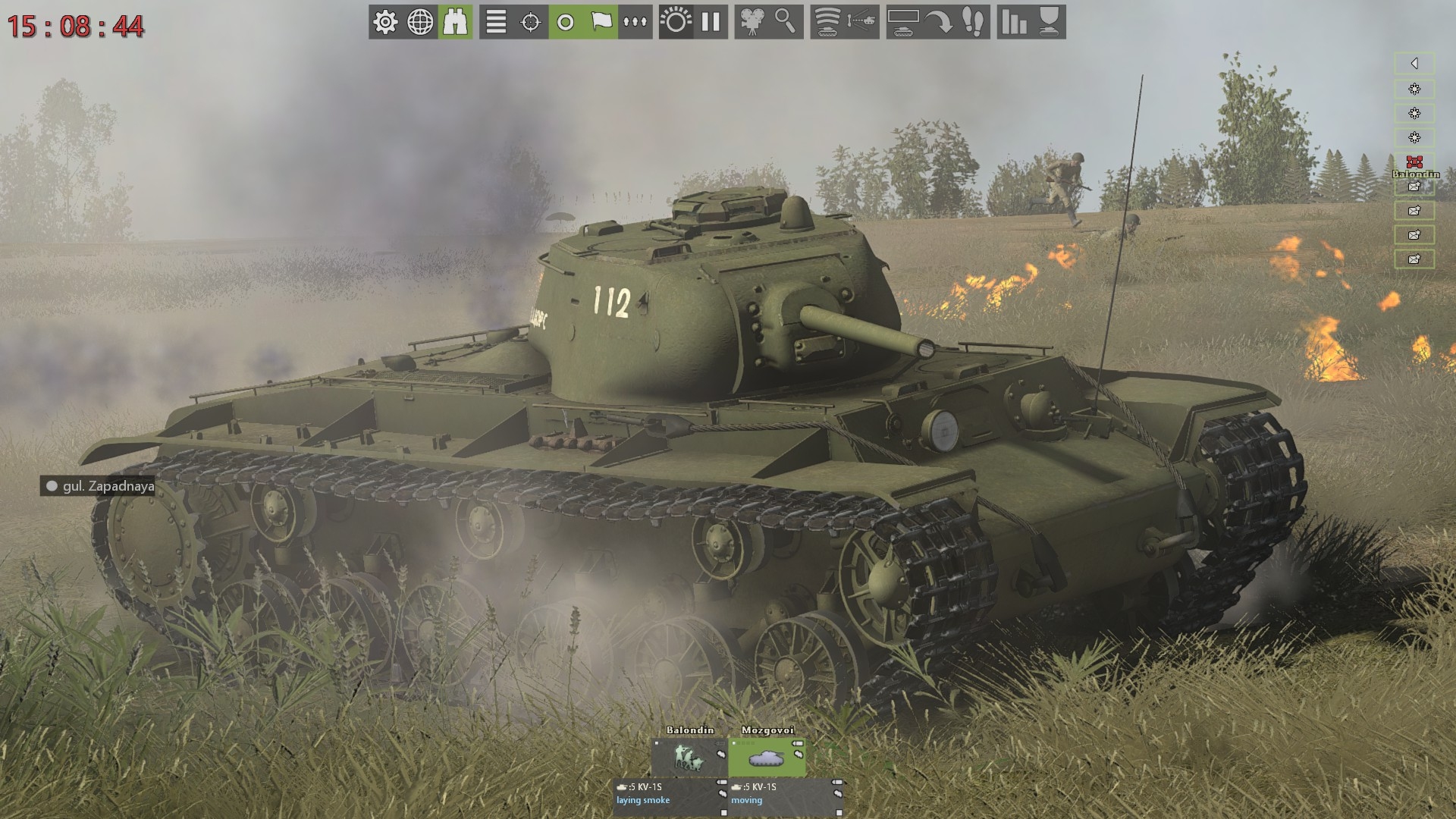 While a string of defeats may demoralise new players, a tutorial sequence crammed with cakewalks risks sending them to sleep. Graviteam Tactics: Mius-Front is a flawed educator, but I like the way it gives foes a fighting chance in some of its training engagements. 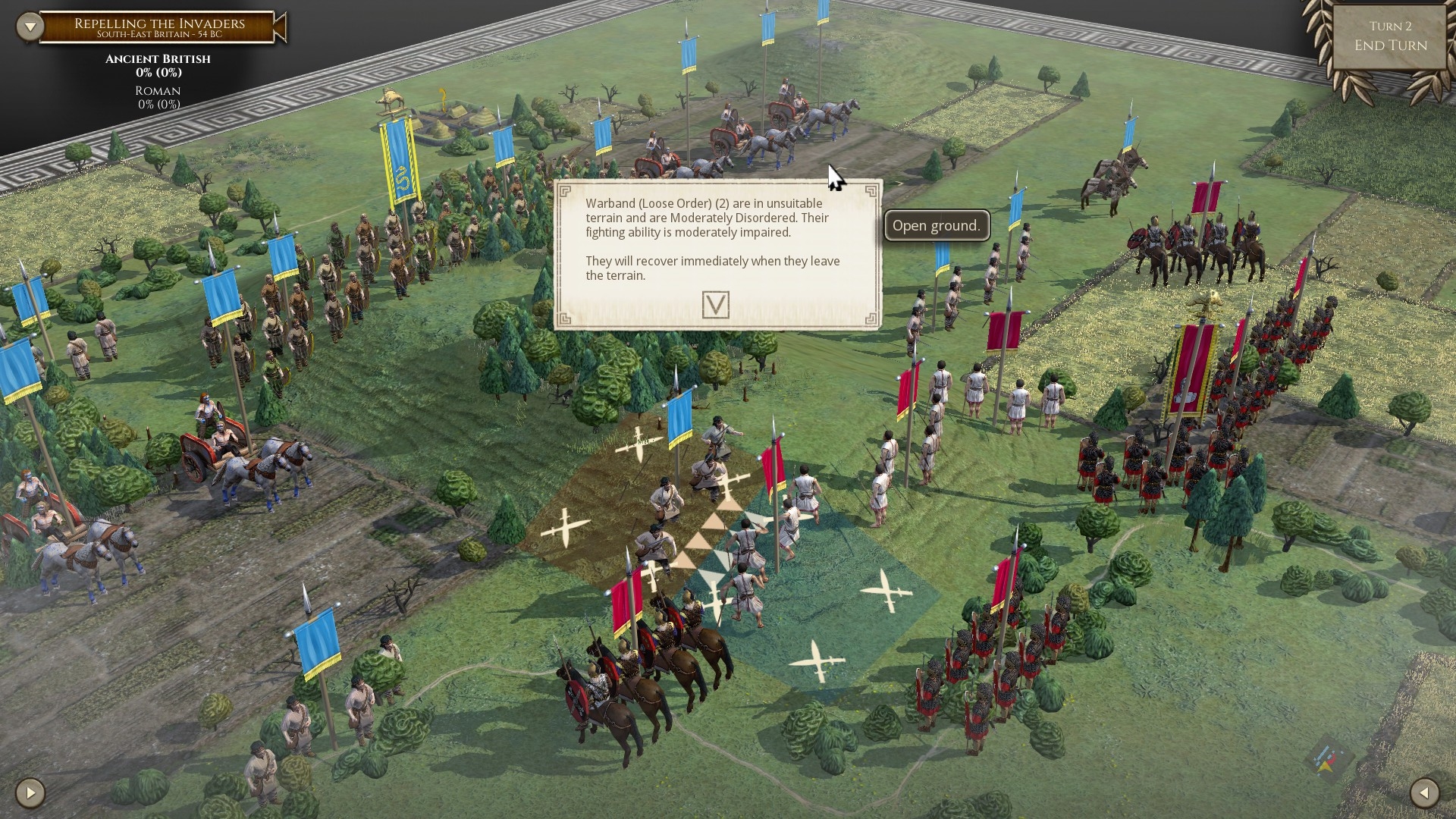 Byzantine Games, the maker of fine turn-based fare such as Field of Glory II and Sengoku Jidai, are another outfit not afraid of testing mettle early. The first tutorial in FoG2 takes the form of a low-headcount clash between Romans and Ancient Britons. The player controls the Brits and is guaranteed a gripping baptism of ire. 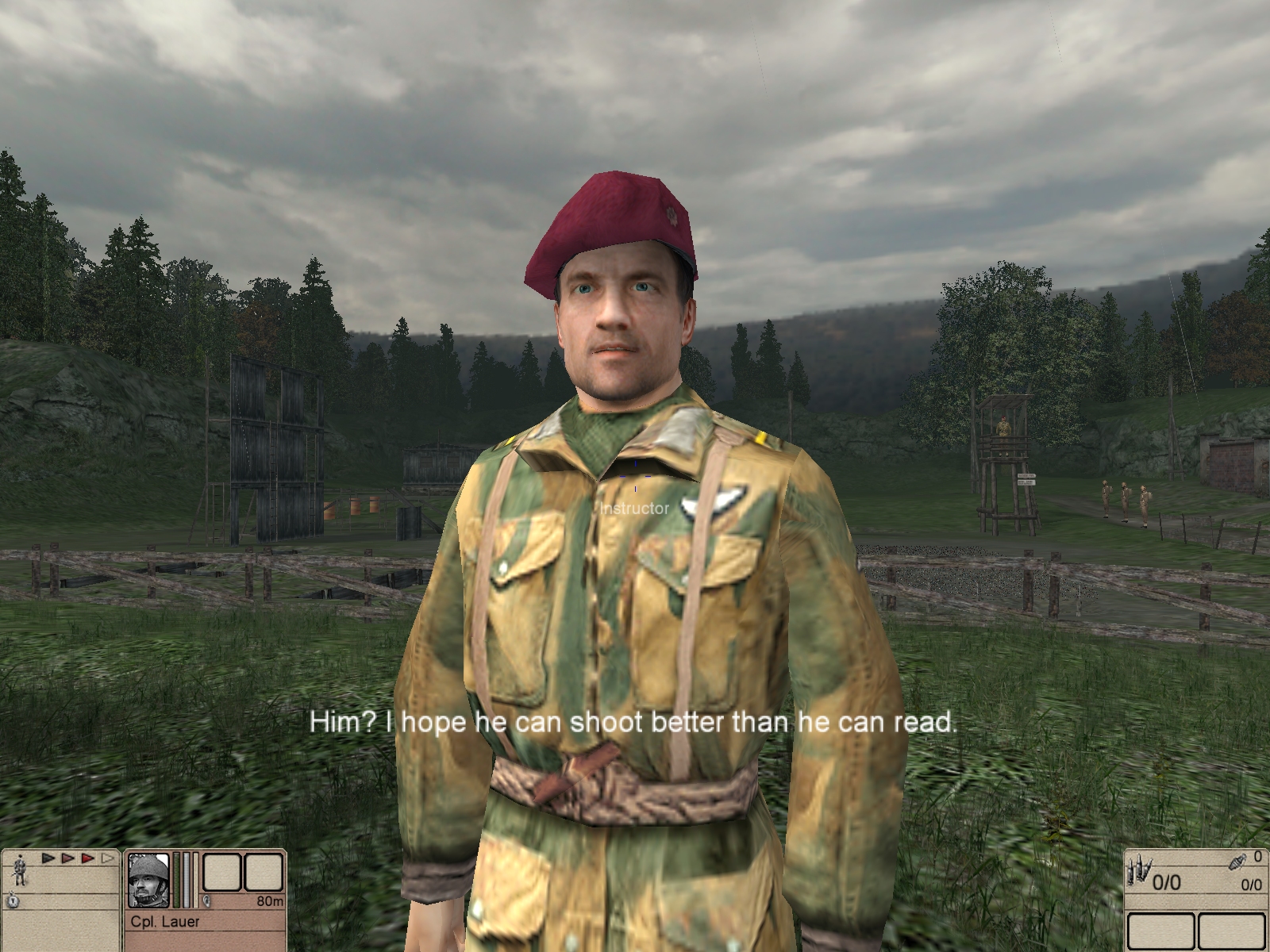 Slipping laughs into a serious sim or wargame requires a deft touch. As training may be just about the only phase of play where a dash of levity is possible, the abundance of po-faced tutorials in our corner of gameland grieves me. Personally, I like my tutors wry, sarcastic, even mischievous at times.

Think this list needs an extra entry or two? If I’ve failed to cover your tutorial-related pet peeve, or neglected a sim or wargame with an exceptionally novel or successful approach to tuition, make me aware of the omission via a comment or email, and your words, fully credited, of course, could end up here.

12a. Communicate clearly and regularly during tutorials 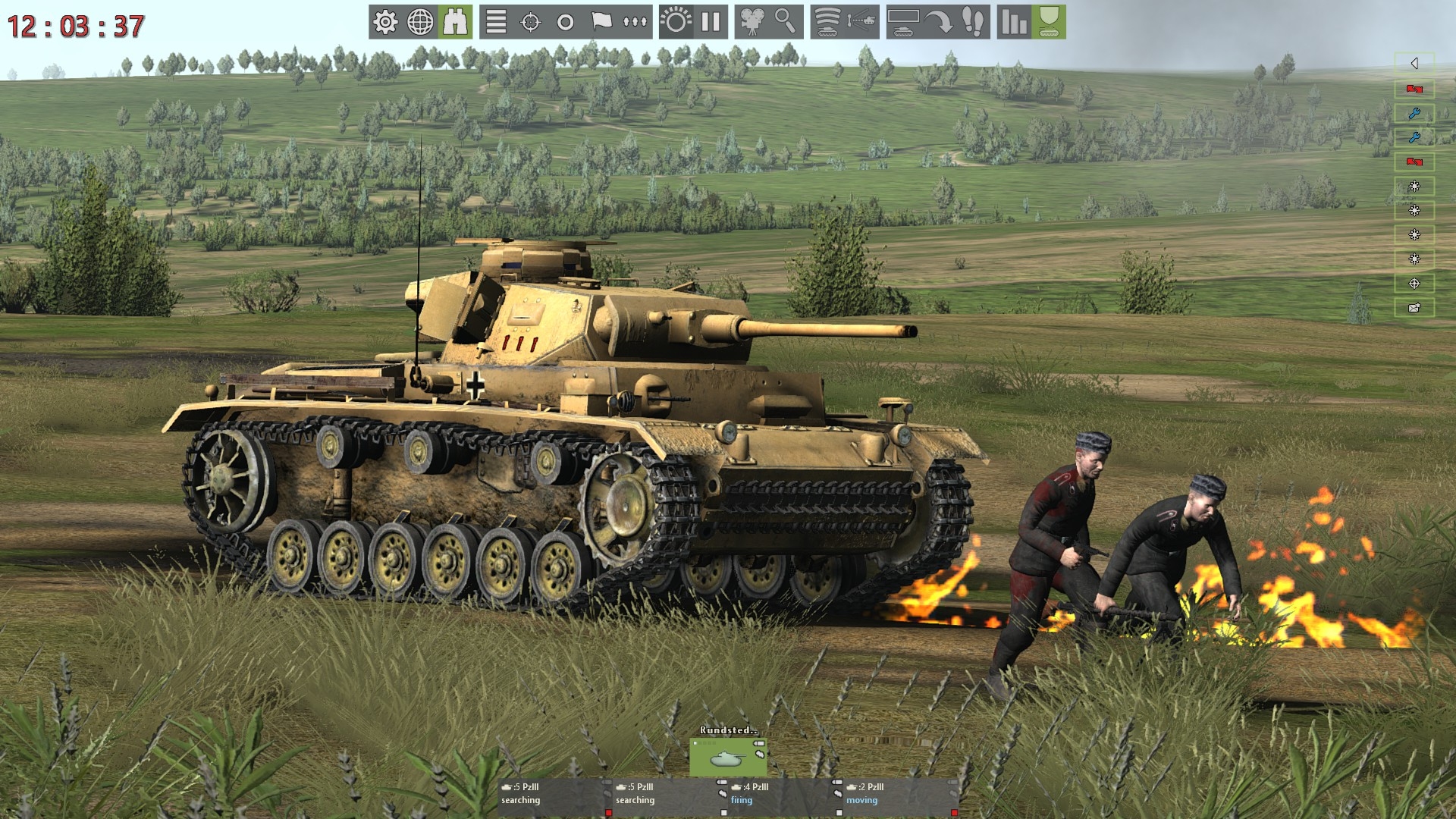 As readers Colonel_K and cederic observe, tutors that look on silently while mistakes are made, or fail to point out that a defeat was the inevitable consequence of a mission script, are sure to put backs up. That disconcerting “Am I doing what I’m supposed to be doing?” feeling is common during Graviteam Tactics tutorials because instruction flows often dry up early in proceedings.

12b. Don’t make me scour the manual or the options menu for key help 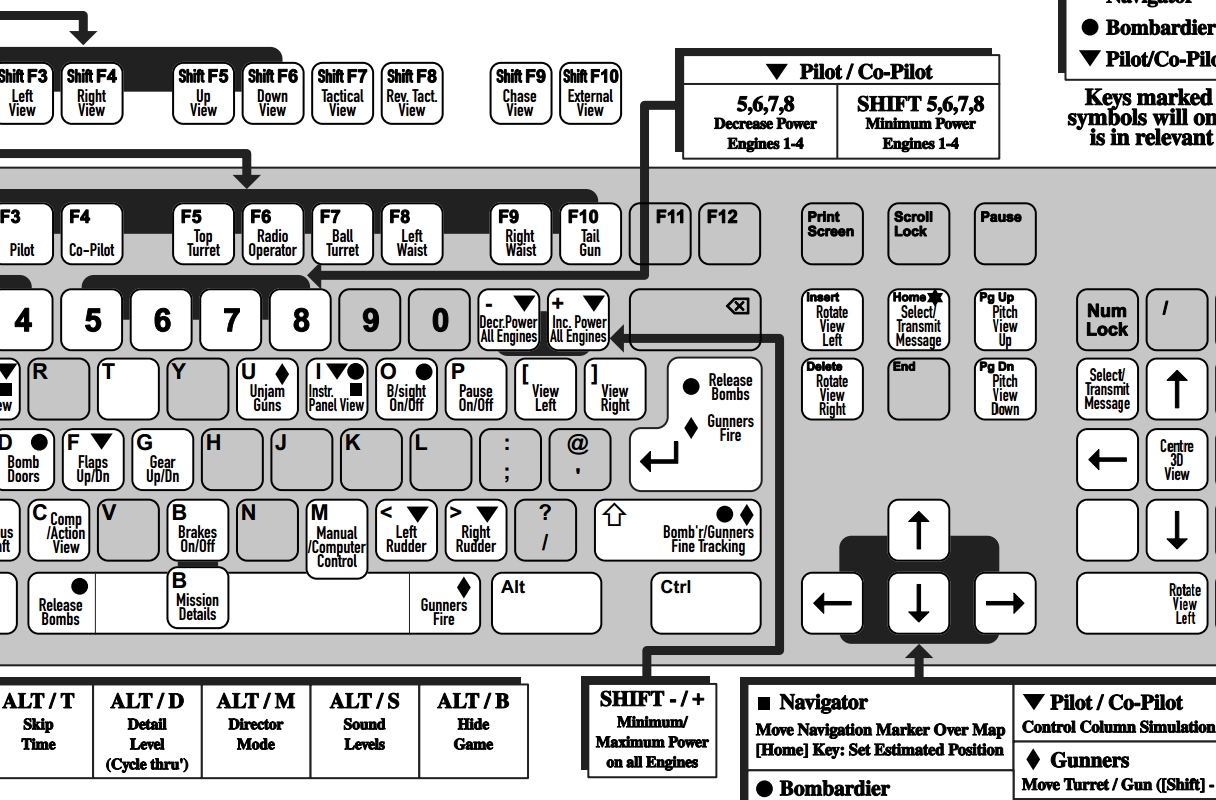 There’s a section of my manual shelf devoted to home-made crib sheets – pieces of card covered in hand-written key lists and condensed play tips. As reader Jer Stryker notes, there was a time when simmers didn’t have to make their own handy reference material; thoughtful devs and publishers did it for them. 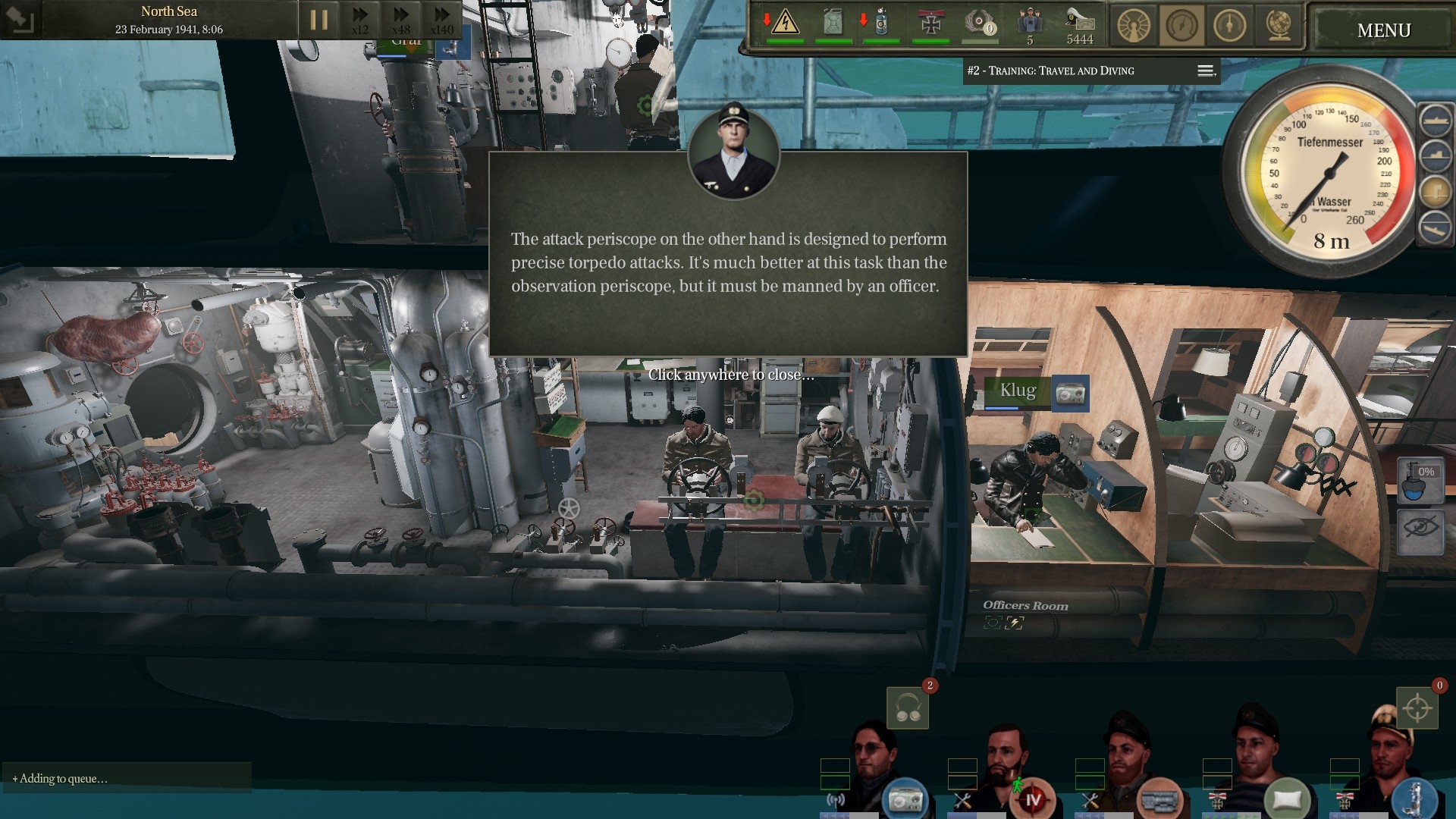 “Entice me to play the game. I’m not a teenager anymore with only a few games to spend my time with.” (HaraldC) 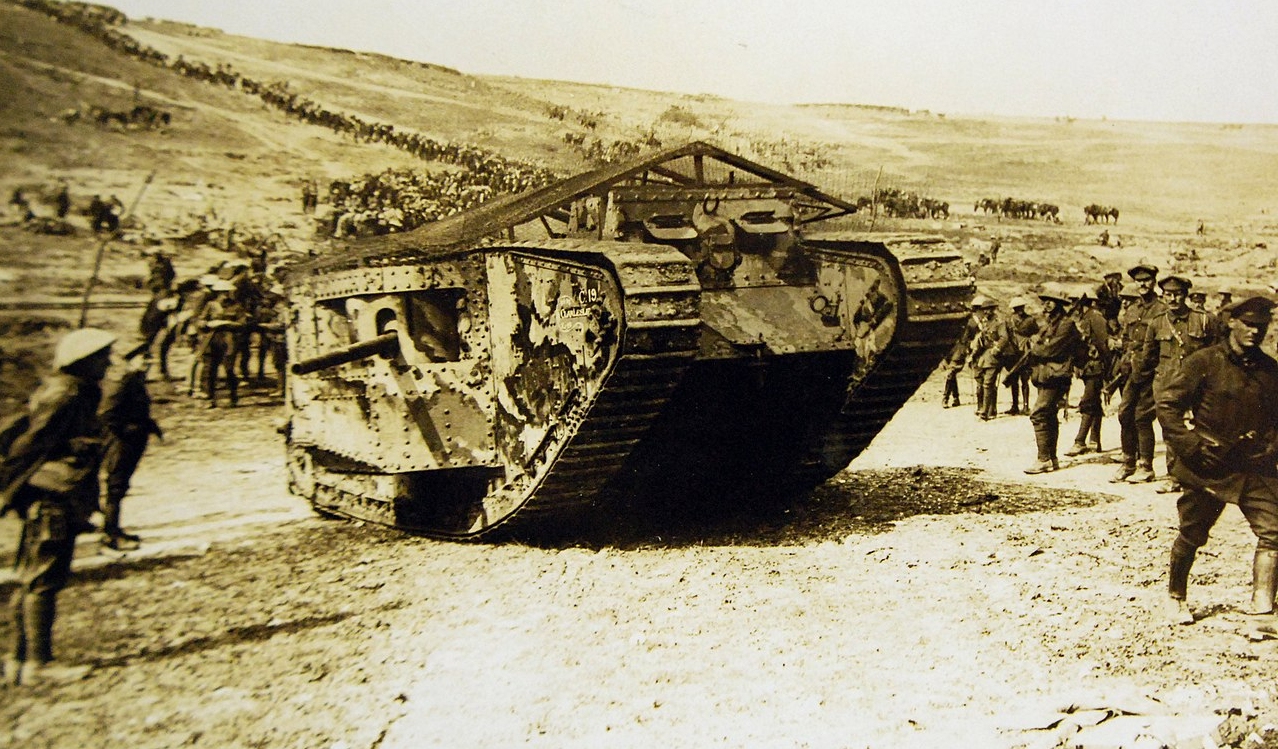 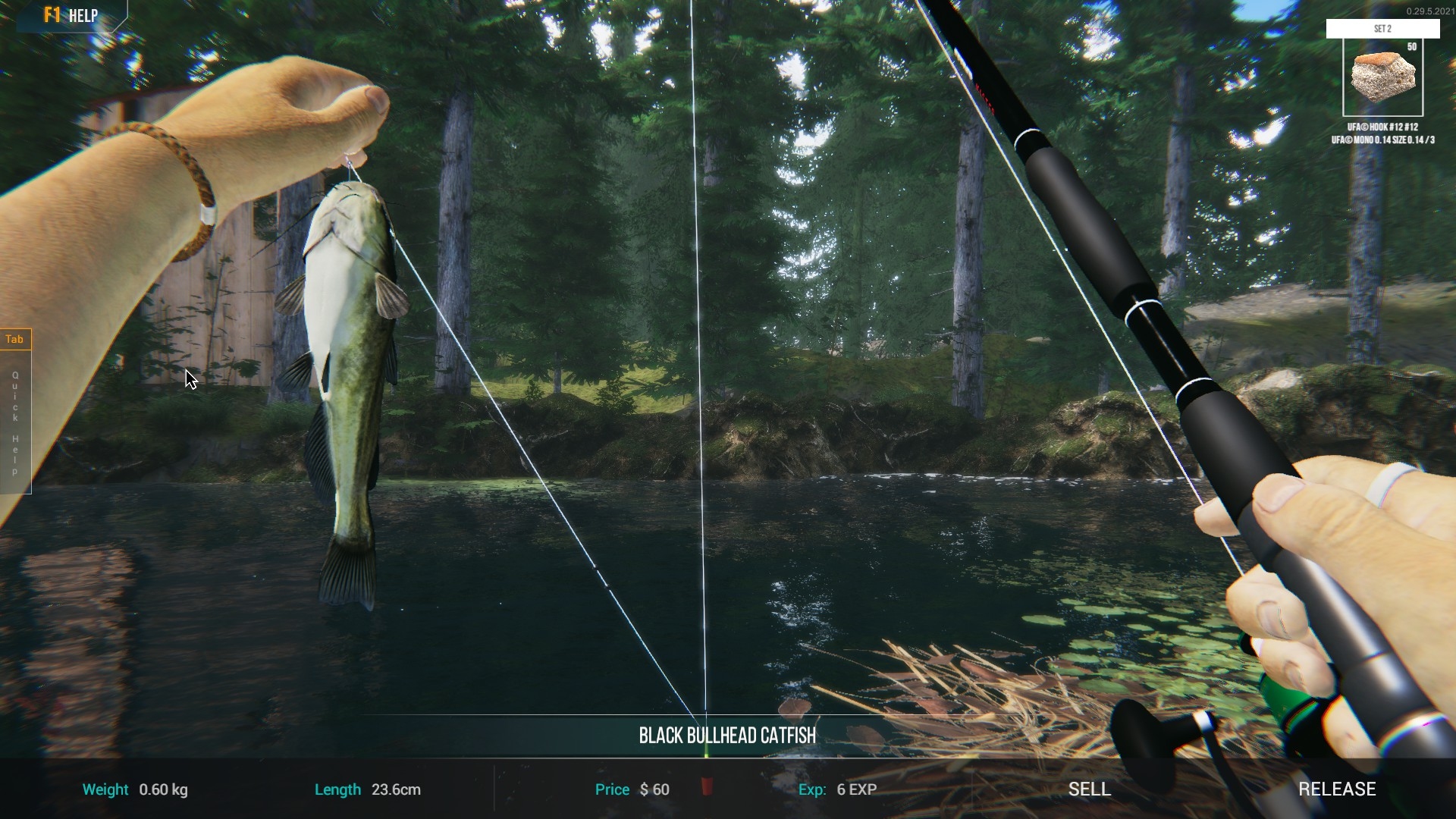 “The most important part of any tutorial is not to make the player memorise every goddamn button. The goal is to teach them where they can get the information they are looking for during play.” (g948ng)