Roman, my Chief Foxer Setter, isn’t willing to commit to a Whodunnit Foxer every Wednesday, but hopefully we’ll see at least one a month from now on. Intended for both solo and co-op play (If you intend to tackle it on your tod, don’t read the comments!) each one contains five pieces of information related to a fictional murder. Discern those five pieces of information to ‘defox ‘ the foxer and solve the crime.

Anagramed on the typewriter keyboard below you’ll find…

Every key is used once. All five answers begin with the same colour letter and then alternate in letter colour (so all answers are either red-white-red-white… or white-red-white-red…). And every answer is spread between two rows of keys.

Whodunnits come with a selection of clues (the header picture isn’t a clue) that aid defoxing. Here, for reference, is a solved puzzle together with its clues.

Today’s puzzle and its clues: 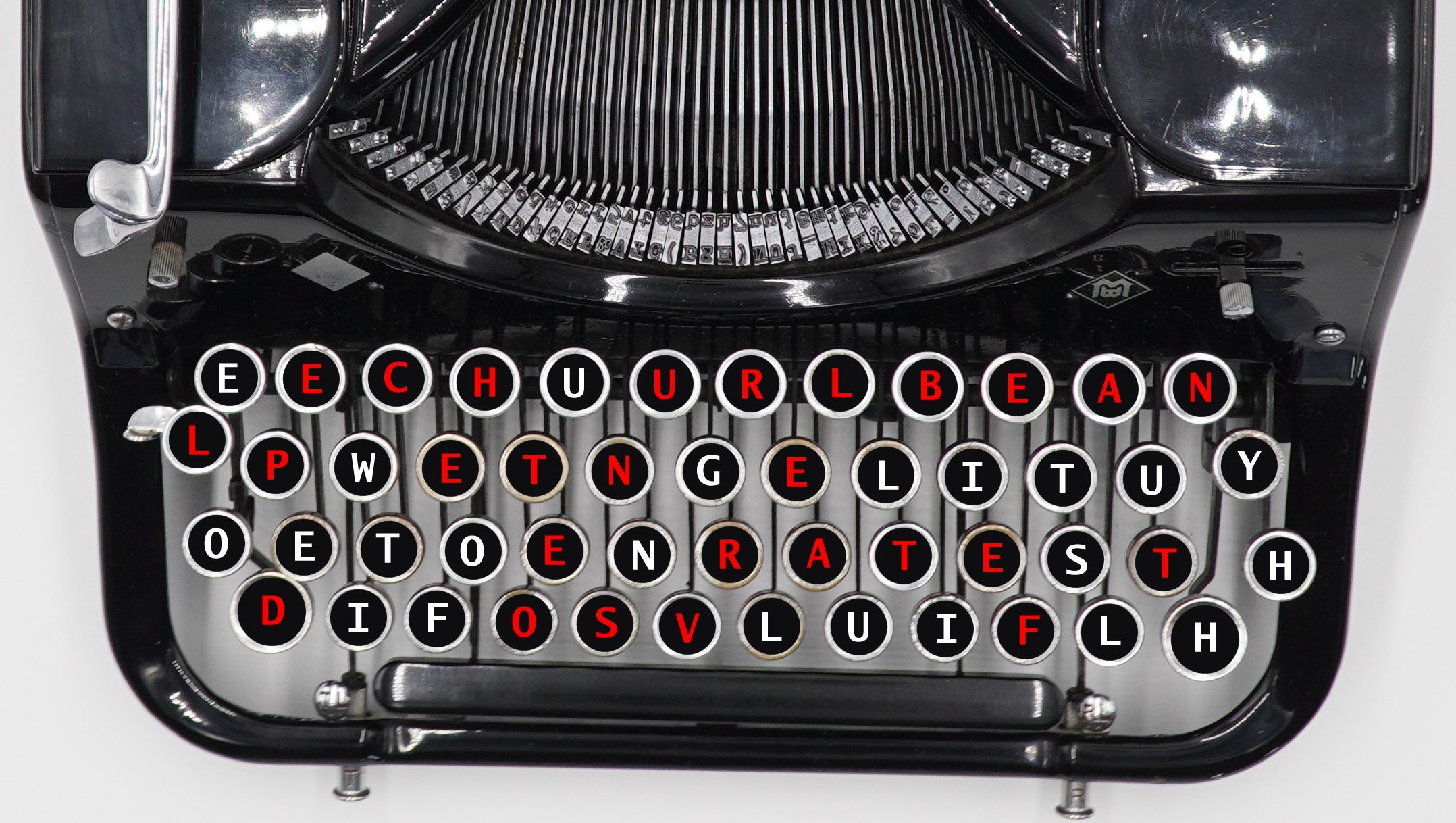 (The answer will appear under the next Whodunnit Foxer)