Ilya Ilyich Oblomov is nothing like his literary namesake. For the past fifteen minutes the turret tsar of the Podrabian T-55 pictured above has been itching to push forward… to get stuck in. When our M60A1 unwittingly promotes him to platoon commander (see last turn), he abandons all thoughts of overwatch and excitedly orders his driver to make for Strupnic’s dovecot.

But first things first. During the opening seconds of the sixty, there are notable developments in several areas of the map. 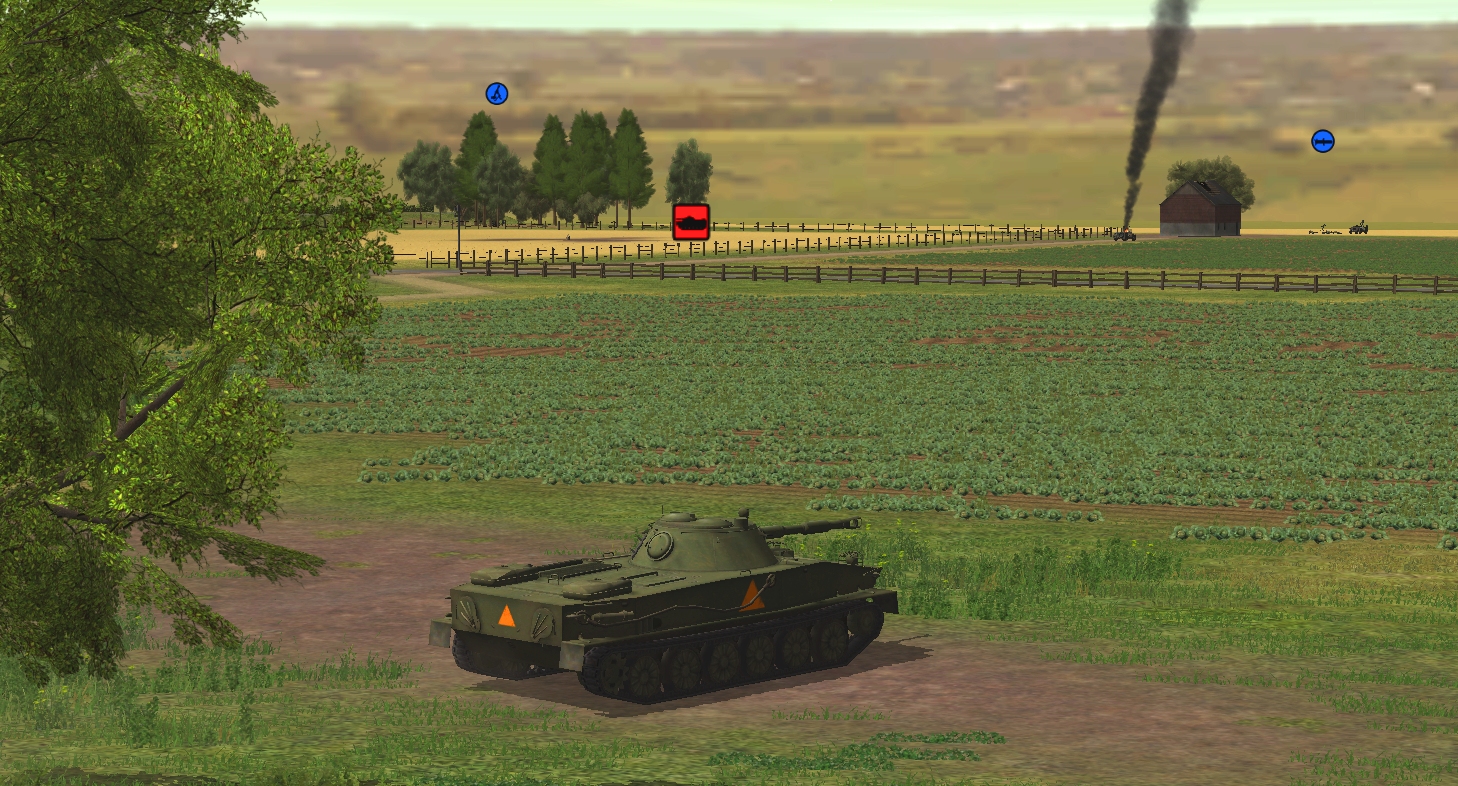 ^ Stationary for the past turn or two, the surviving PT-76 decides it’s safe to proceed.

^ Recon ‘Team’ Bravo bodkins the bodywork of a mysterious UAZ.

^ Our Dragoneers look on as two recently pedestrianised Pod tankers leg it in the direction of the garage. 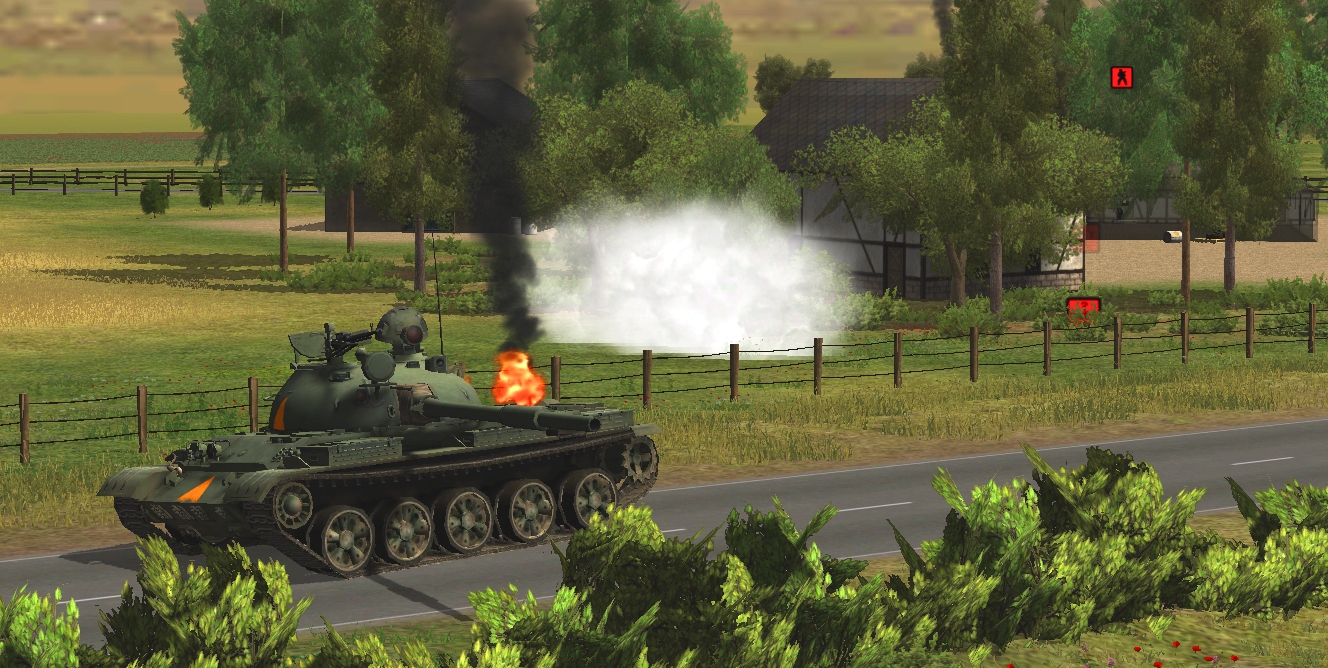 ^ And, flushed with success, the Patton continues its T-80 hunt. 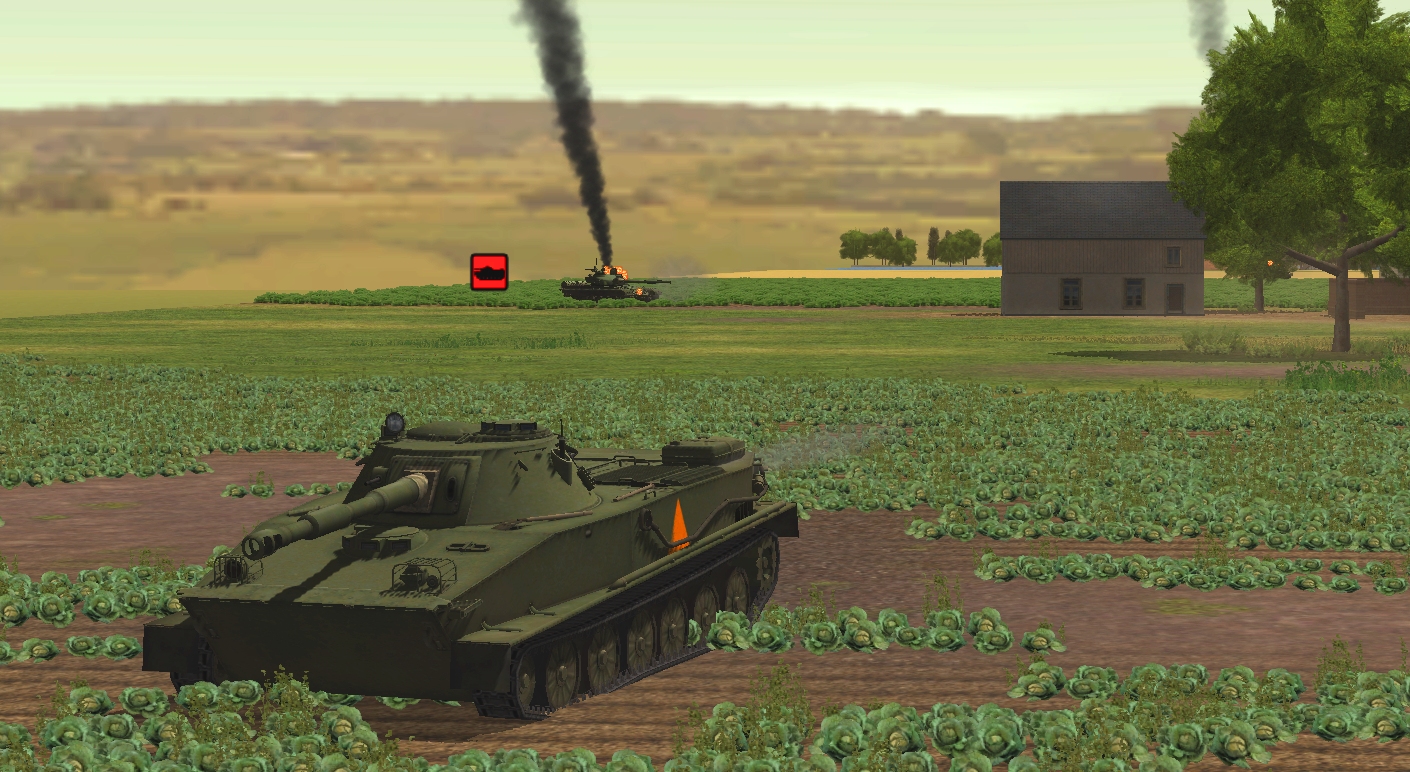 For a time it looks like the PT-76’s advance will be frustrated by a patch of soft ground. The light tank’s caterpillars churn fruitlessly for around fifteen seconds before gaining purchase. 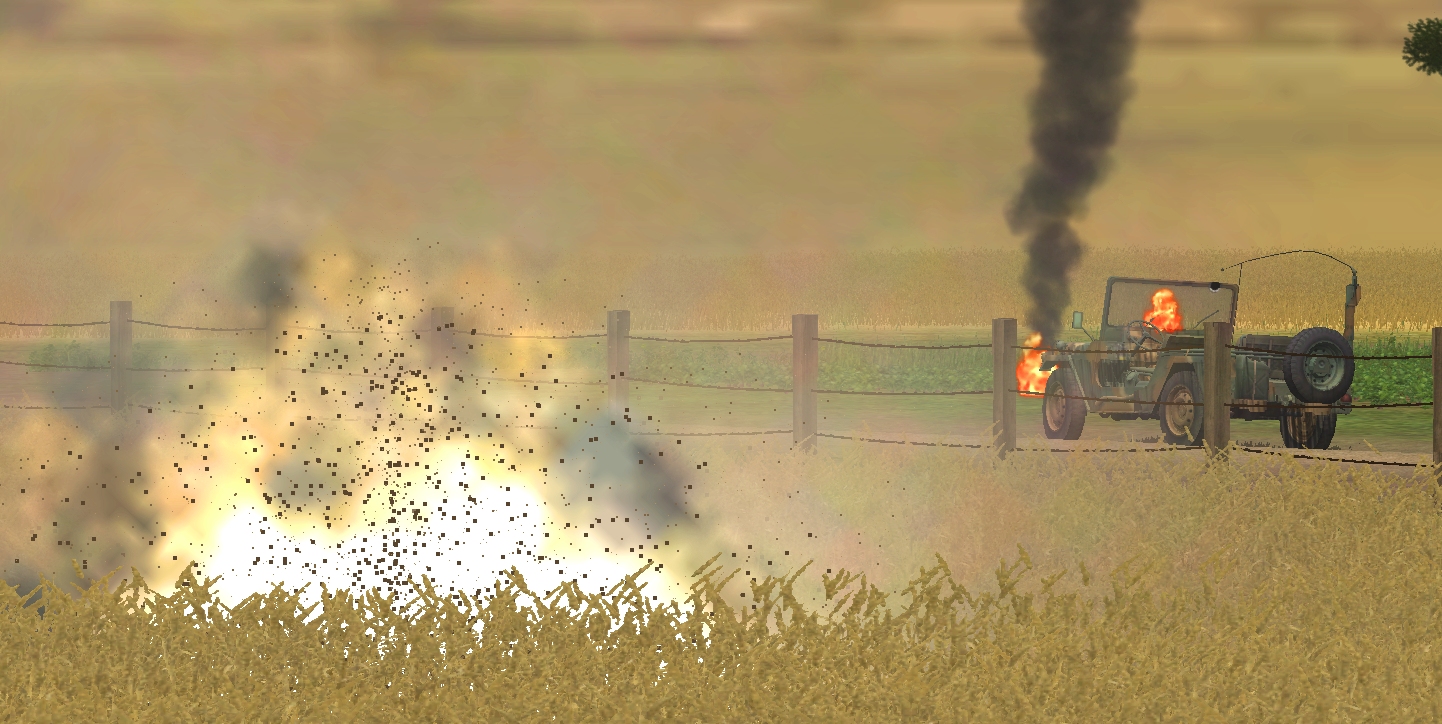 Perhaps if the PT-76 had bogged, the round it fires at our Light Mortar Team late in the turn wouldn’t have been so wayward.

Bravo’s intervention has an instant effect on the UAZ in the treeline. The enemy driver responds by reversing out of sight and harm’s way.

If the pair of fleeing Pod tankers think they’re heading to safety, they are mistaken. Shortly after arriving in the building opposite the garage, one of them comes under fire from our hotel-bound BRDM commander.

Considering the perilous journey our AC survivor undertook to reach the garage, it’s remarkable he’s still up for a scrap. While working his way westward he came under withering MG fire from Oblomov’s T-55.

Somehow the DshK deluge did no damage.

Our Patton reaches its final waypoint without spotting the T-80. However, because the garage is now in Zen hands, we do now know where the pride of the Podrabian tank arm is lurking. Screened by foliage from the M60A1, it sits circa 75,1,3, possibly surveying the NE-SW road our units must travel when they eventually withdraw.

Unless Muttley’s gunner is on the ball, the bodies of brave Otto and Branko may be in a horribly mangled state when, after the battle, their neighbours come to recover them. Seconds before the clock stops, Oblomov’s MBT begins ascending the berm close to the spot where our sharpshooters fell.

Patient Muttley sees the sandy muzzle appear above the lip and immediately prepares to fire. Tune into turn 29’s AAR to find out whether their imminent TOW hits T-55 or timber.

The M113 relocated in preparation for its mercy dash.

Trapped by one of CMCW’s simulatory idiosyncrasies, Team Droopy continued to “pack up”.

Judging by icon shifts, the Pods may have commenced an armour-supported push from New Farm. 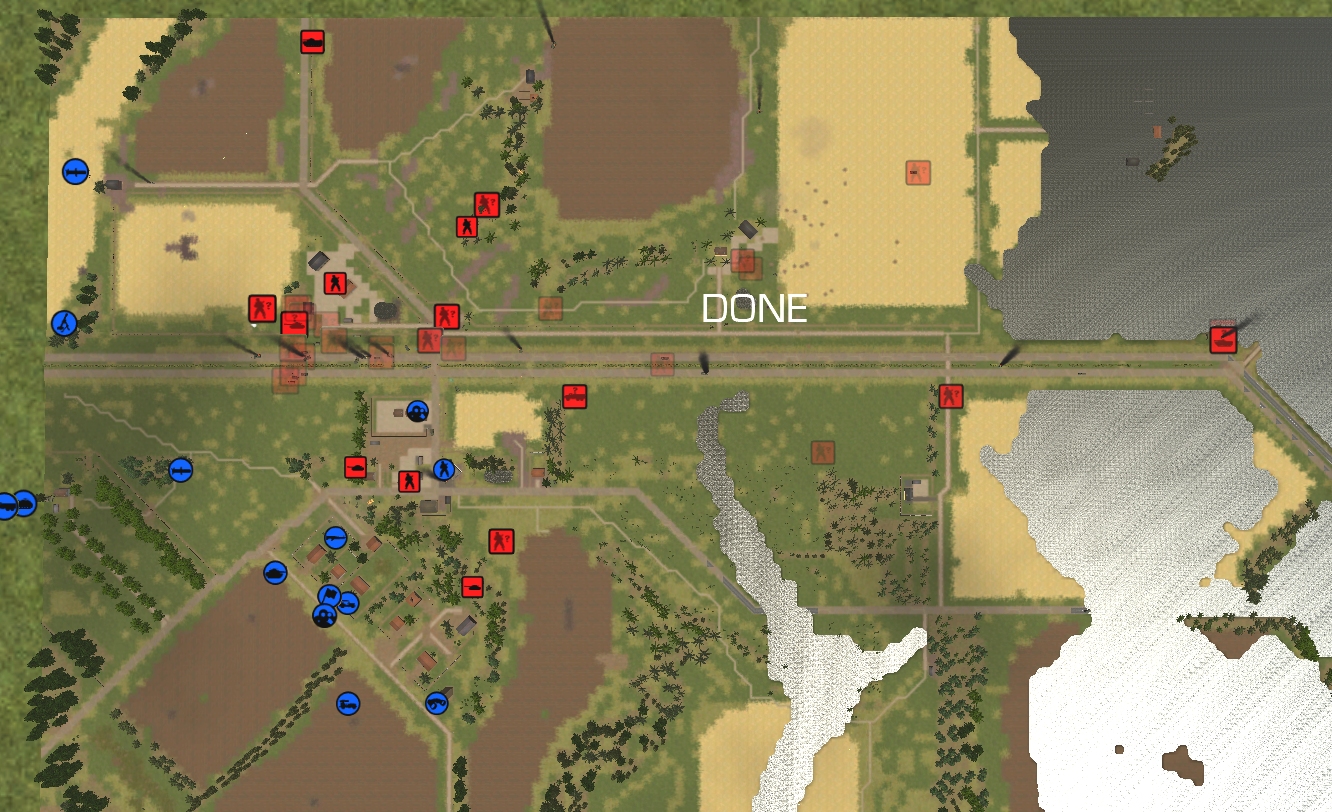