All the rage in the 1920s and 1930s, Whodunnit Foxers are seldom seen today. Each one contains the information necessary to solve a fictional murder. Anagramised on a Whodunnit’s typewriter keyboard you’ll find…

Every key is used once. All five answers begin with the same colour letter and then alternate in letter colour (so red-white-red-white… or white-red-white-red…). And every answer is spread between two rows of keys.

Most Whodunnits come with a selection of clues that aid defoxing.

Here, for reference, is a solved puzzle together with its clues:

(Clues)
1. The murder occurred at night
2. The weapon can be found on the top half of the keyboard.
3. The location is relatively common in England but very rare on the Continent.
4. The murderer was male. 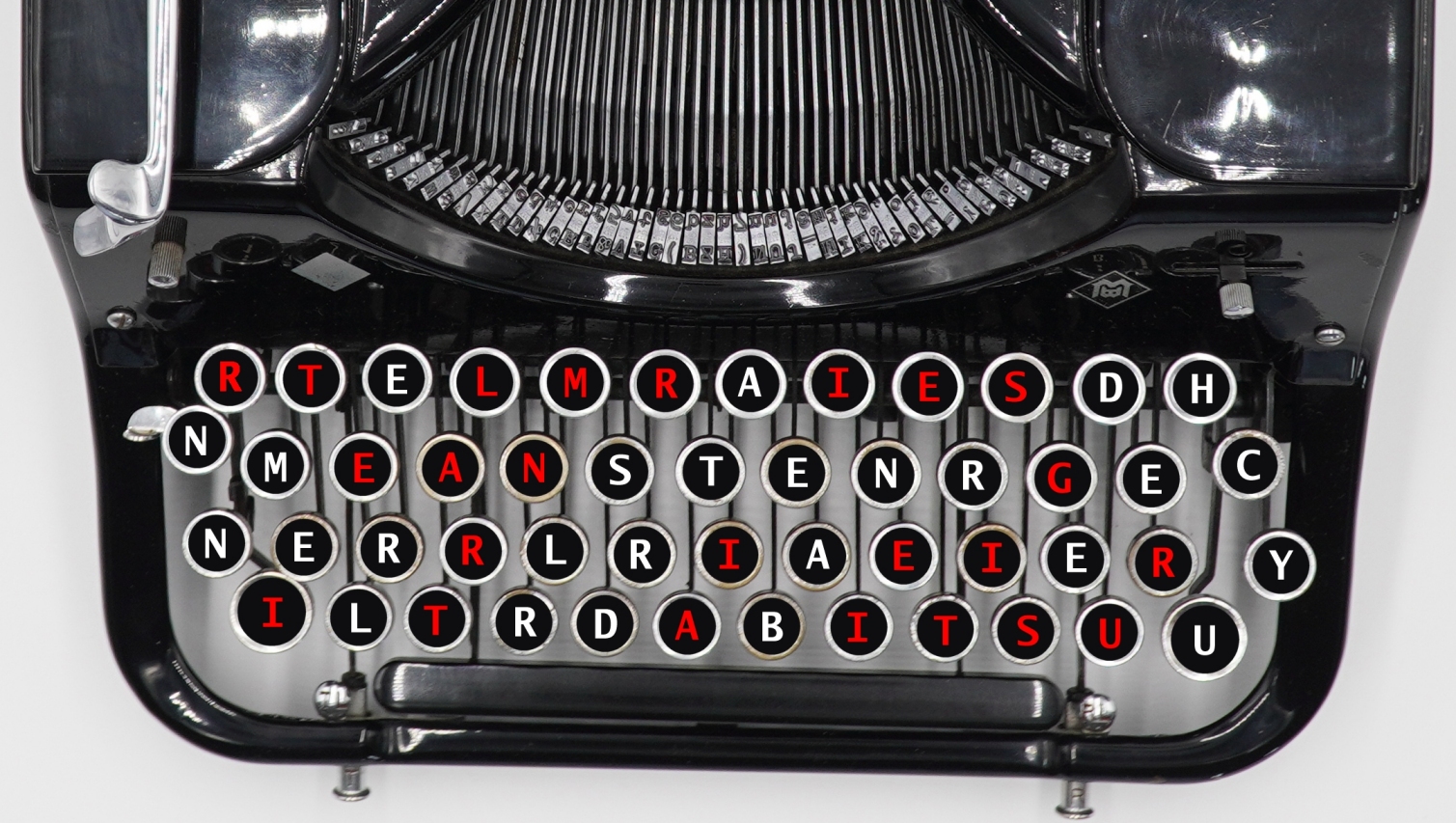 1. The weapon begins and ends with a vowel.
2. The letters of the murderer’s name, although spread between two rows, retain their original order.
3. The murder victim’s occupation didn’t exist before the middle of the 19th Century.
4. The location is the longest answer.
5. The murder occurred before 9PM.