A minute’s silence in memory of the demo disc, if you please. Coup de grâced by broadband, the wafer of wonders* that once clung lamprey-like to the front cover of almost every games mag is no more. Denied these monthly mix tapes, the gamer of today is, I reckon, less inclined to reconnoitre and genre-flit than their predecessor. Because in 2021 you rarely find yourself installing lacrosse sims, leporine Settlers clones, and puzzle games inspired by Hungarian folk art out of boredom-tinged curiosity, there’s less chance of unlikely love affairs blossoming.

Tally-Ho Corner’s demo discs – of which this is the first – are my attempt to recreate the experience offered by ye olde periodical platters. Carefully curated mixtures of the old and new, the obscure and the scure, they will, I hope… 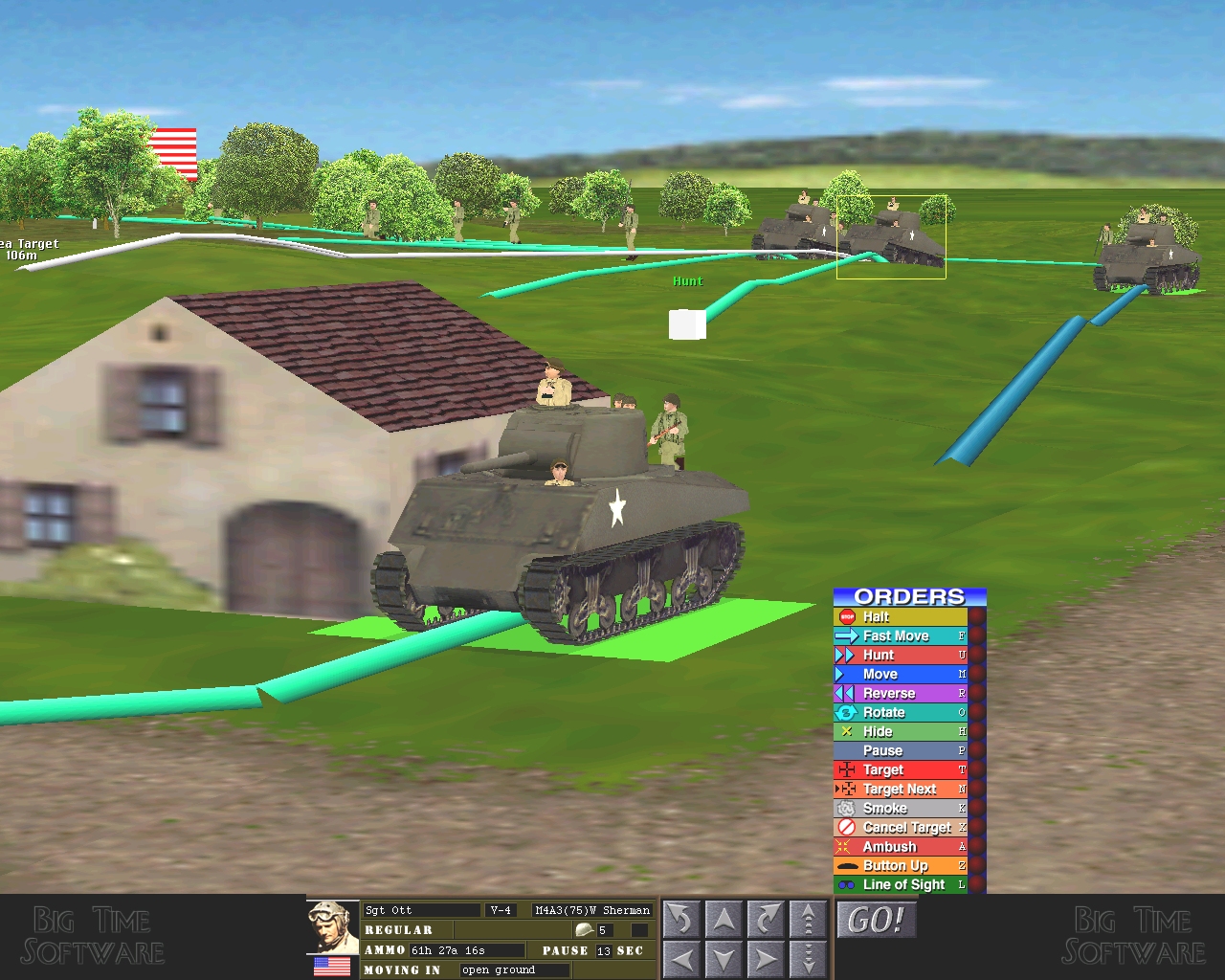 Never played a Combat Mission? I can’t think of a better place to start than the ace Combat Mission: Beyond Overlord demo. Equipped with two highly entertaining scenarios – Chance Encounter and Valley of Trouble – the 21-year-old trial still represents tactical wargaming at its best. Yes, the camera system is a tad idiosyncratic (use the number keys for quick view transitions) and, if you’re a total novice, you should probably inspect the short instructions doc before jumping in, but any early disorientation or dissatisfaction will, I promise, quickly pass. Within half an hour you’ll be on the edge of your seat watching action phases (In CMBO, every order phase is followed by sixty seconds of intervention-free combat) chock-full of drama, tension, and food for thought. 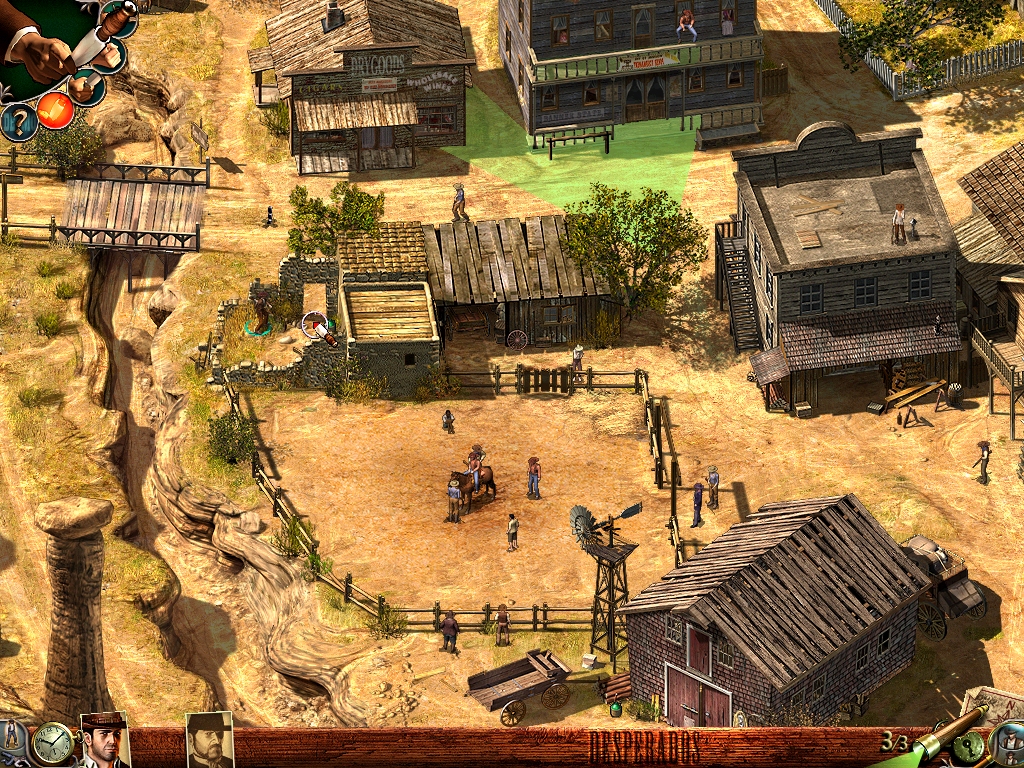 Another old favourite, the Desperados: Wanted Dead or Alive demo invites you to infiltrate a beautifully rendered Old West settlement crawling with gun-toting goons. Initially, you do your infiltrating with John Cooper, an Eastwoodian gun/knifeslinger who can lure foes into quiet corners with a musical pocket watch, and Doc McCoy, a sawbones whose elaborate party piece involves a balloon, a bottle of chloroform, and a Buntline Special. Later, high kicking, garter flashing, poker playing Kate O’Hara lends a hand and foot. For my money, this 2001 tempter did its job more effectively than its 2020 equivalent. 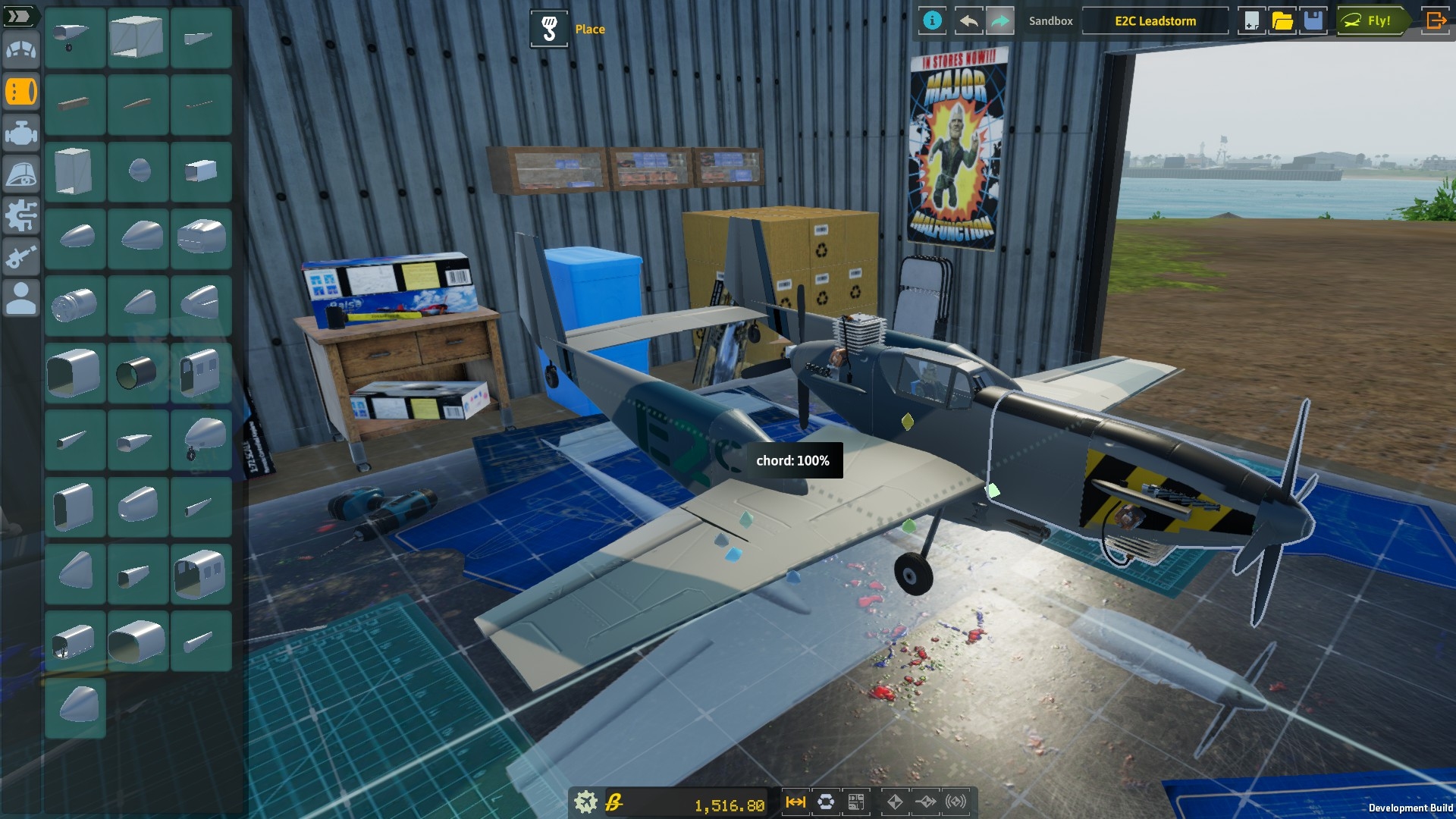 The bit of Balsa Model Flight Simulator that’s currently available through Steam is a free beta rather than a traditional palate whetter, but that’s not going to stop me including it the first THC demo disc. While there’s a number of RC flight sims in circulation, this one from Felipe “HarvesteR” Falanghe, the original lead dev of Kerbal Space Program, stands out thanks to a powerful modular plane editor and functioning weaponry. Playtesters have already used the workshop mode to produce fairly faithful armed replicas of numerous real and fictional warbirds. Give it a year or two, and the game’s selection of aerodynes should make Duxford’s look slim. No Nineties demo disc was complete without a hunk of hyperviolent FPS. The Project Warlock II demo fits the butcher’s bill perfectly. From the moment you spawn, weaponless, in a chamber full of shambling ghouls, to the moment you perish, probably during a poorly timed reload, or a clumsy encounter with a sunbeam (the protagonist isn’t fond of UV) your assault rifle, super shotgun and claymore sword will have little rest. Secret areas? Headshot incentives? Dual wielding? Diverse foes that sometimes prefer to fight amongst themselves? Gibs, gibs, and more gibs? PW2 has many of the things I look for in a retro shooter. 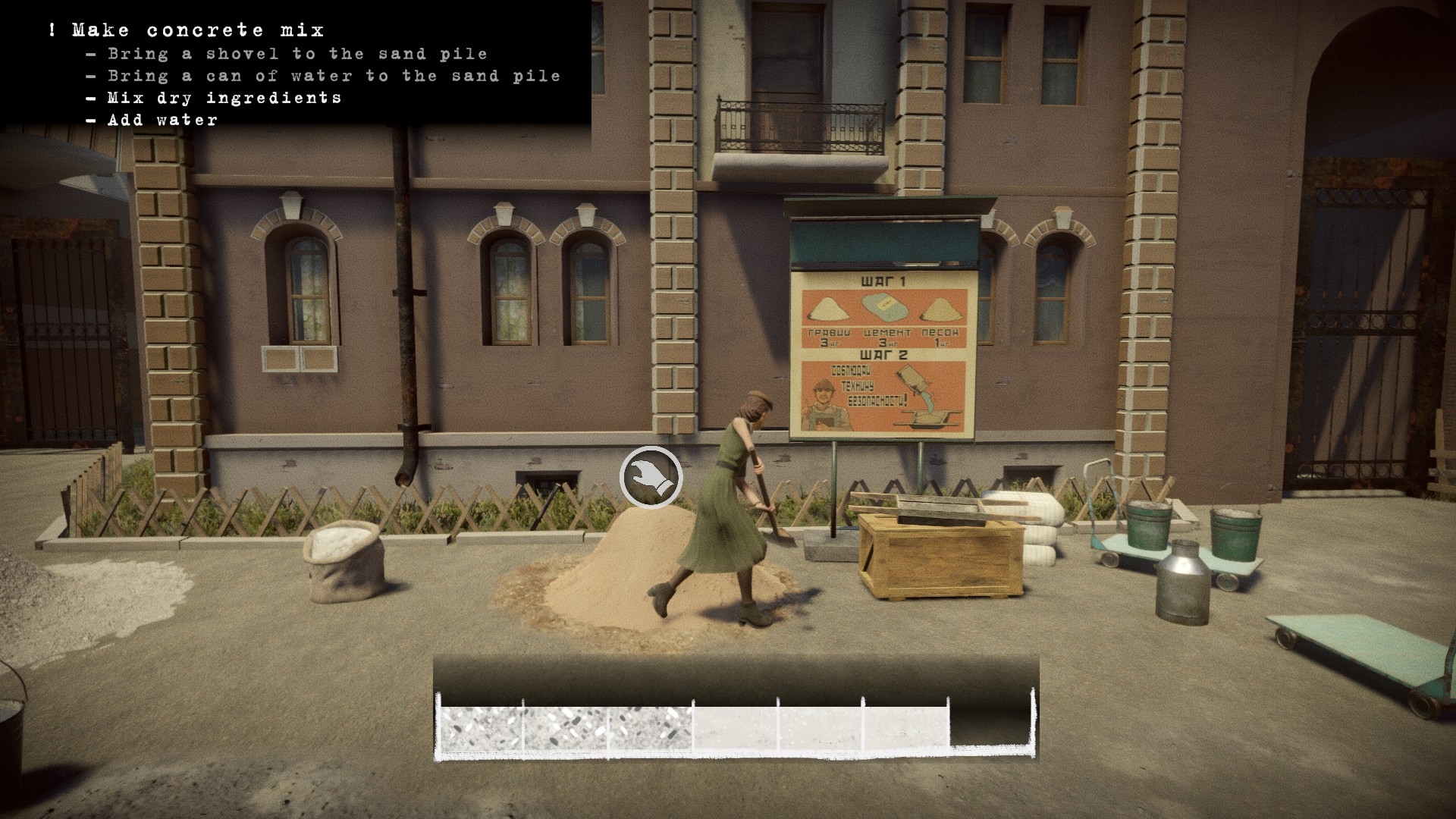 I can think of a number of games that let you fortify besieged Leningrad, but Undying Symphony (ETA December) is the only title I’m aware of that asks you to mix the concrete for the fortifications yourself. Assembling the ingredients, and then following a readymix recipe carefully is one of two challenges posed by this short but intriguing demo. If all of the problems in Siberian Koala’s “story-based adventure game” can be solved as easily as the pair in the trial, Undying Symphony better have interesting characters and a compelling narrative. 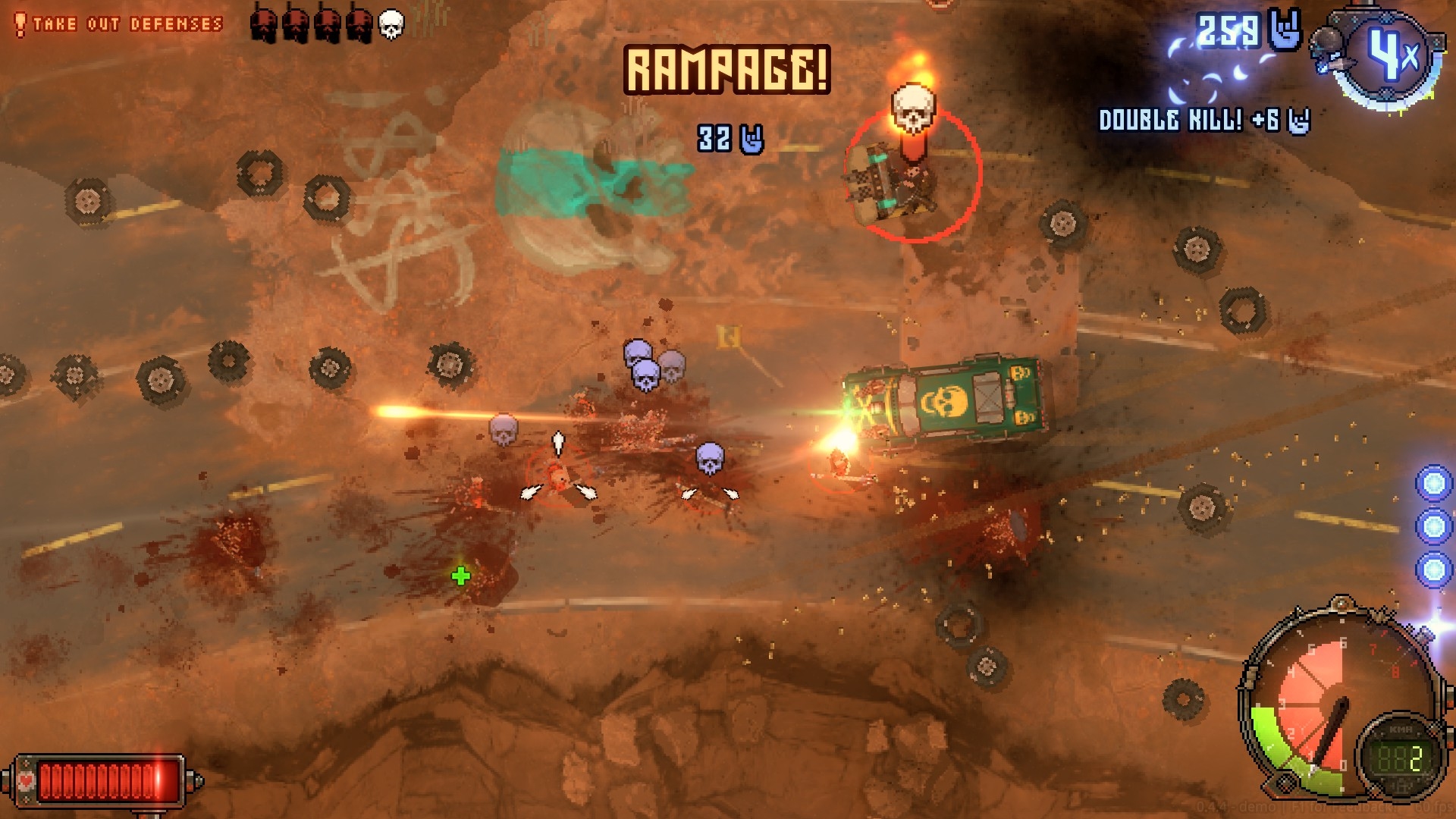 The Franz in FRANZ FURY, a gloriously gratuitous top-down shoot ’em up, is furious for good reason. Some git has catnapped his feline buddy, Hans. To reunite Franz with Hans you must traverse a post-apocalyptic wasteland in a customisable car that’s at its happiest when it’s scything through knots of bellicose bandits, depositing burning rubber on blacktop, and distributing lead, napalm and HE. Only the wettest wet travel rugs will fail to enjoy the demo’s rampant rampagery. 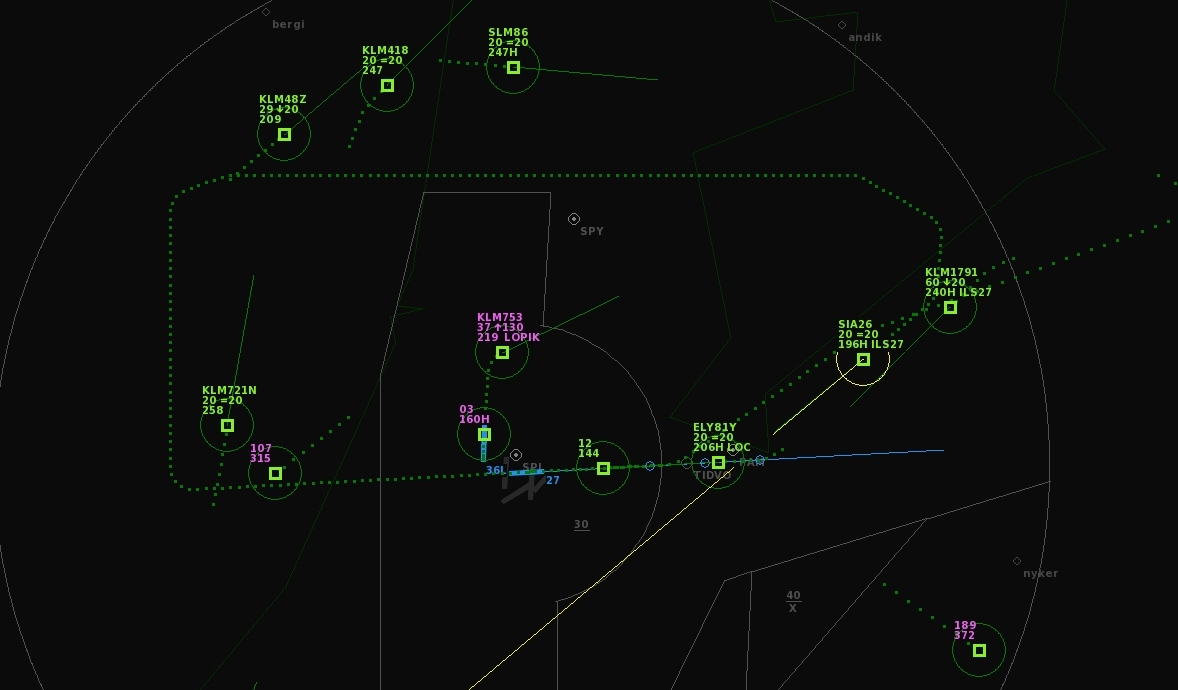 Weighing in at a featherweight nine megabytes, the Endless ATC trial has no business being as moreish or as plausible as it is. A perfect introduction to the genre, its stream of dynamic instructions and friendly mouse controls mean newcomers will master the basics of guiding flights onto Amsterdam Schipol’s ILS approach path within minutes (the full £5 sim comes with eight other airports). Ensuring sessions are completely free of ‘separation incidents’ and coping with high traffic levels, tricky weather conditions, emergencies and wake turbulence will take longer, however.

Inua – A Story in Ice and Time 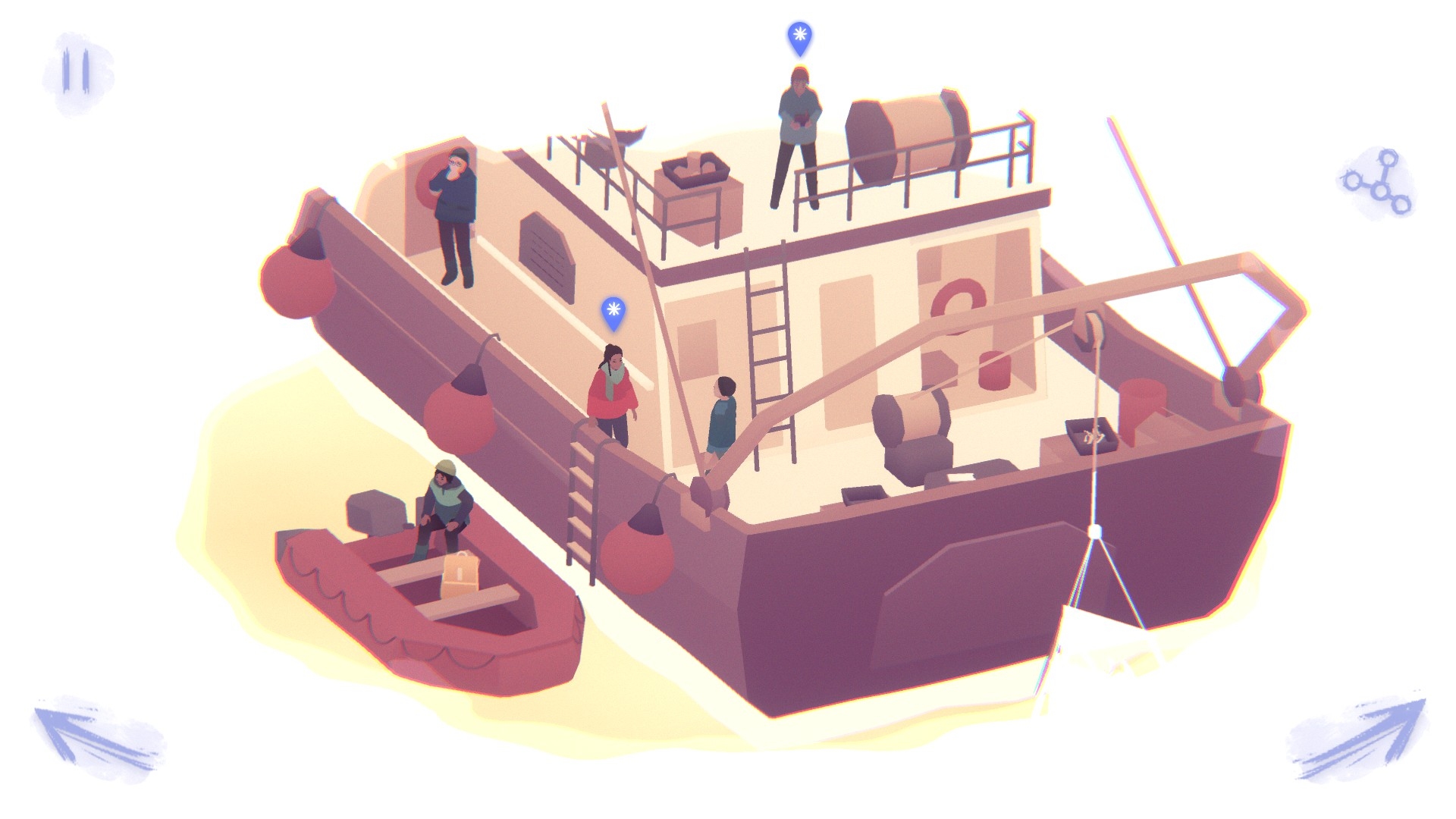 Dread Hunger turns the Franklin Expedition into a paranoia-packed penny dreadful. Inua (ETA: ‘Coming Soon’) puts it at the centre of a stylish, mythology-laced, point-and-click adventure. While there’s no sign of the promised “mind bending puzzles” in the demo, you do get to experience the game’s appealing mind-reading and time-hopping mechanics first hand. By discovering hidden objects with a roving mouse cursor you can access the innermost thoughts of characters, and switching centuries allows you to investigate the mystery of the Terror’s fate from multiple directions simultaneously. 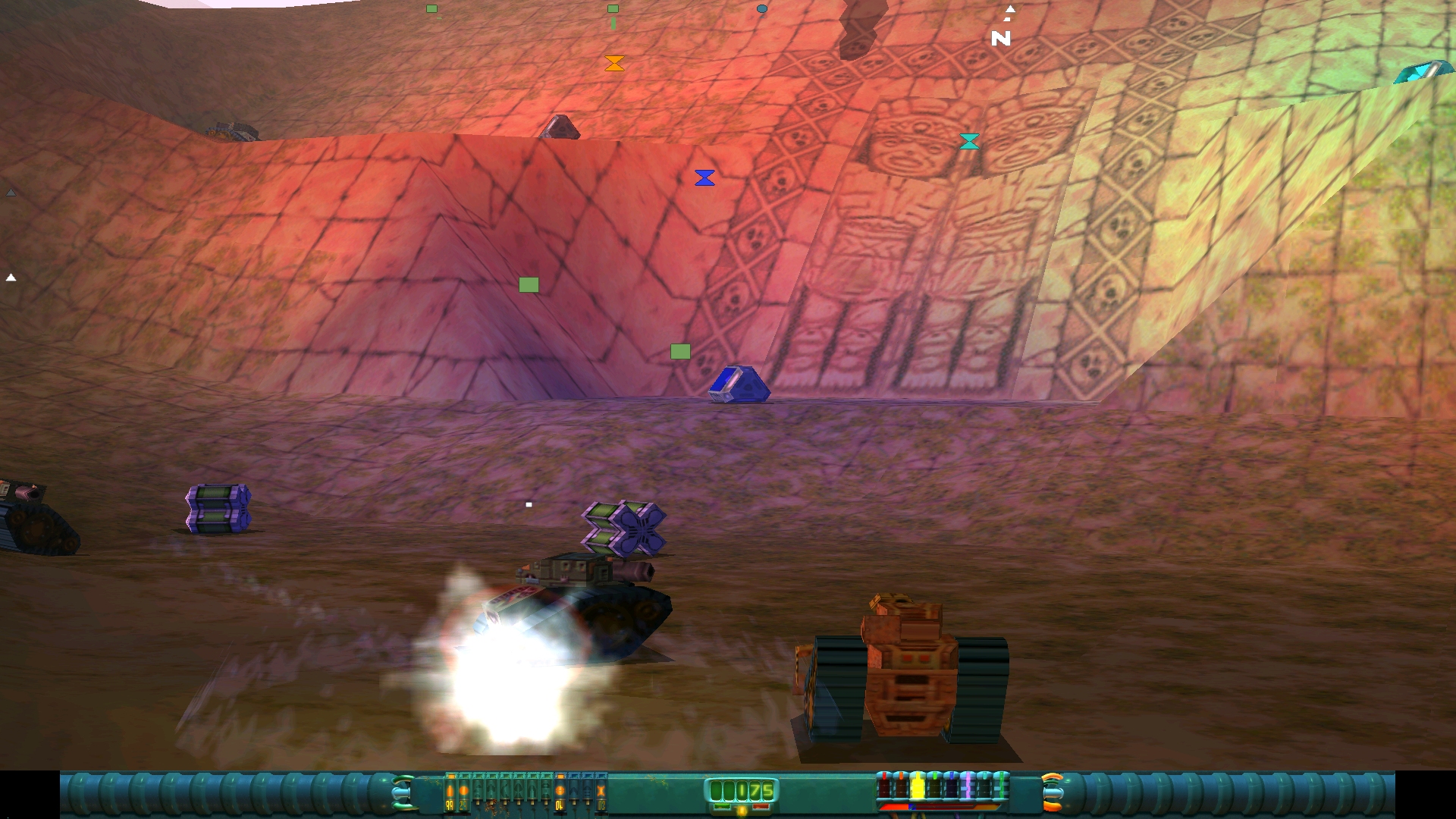 My love affair with the criminally under-rated Wild Metal Country began with a demo encounter twenty years ago and will end when I pop my clogs, not a moment sooner. The marvel’s unusual approach to steering and aiming mean your first few minutes of pod collecting may prove frustrating, but heed this advice from an old-hand (Don’t bother rotating your turret – turn the entire vehicle to target enemies!), and it shouldn’t be long before you’re scoring hits and sploding foes. 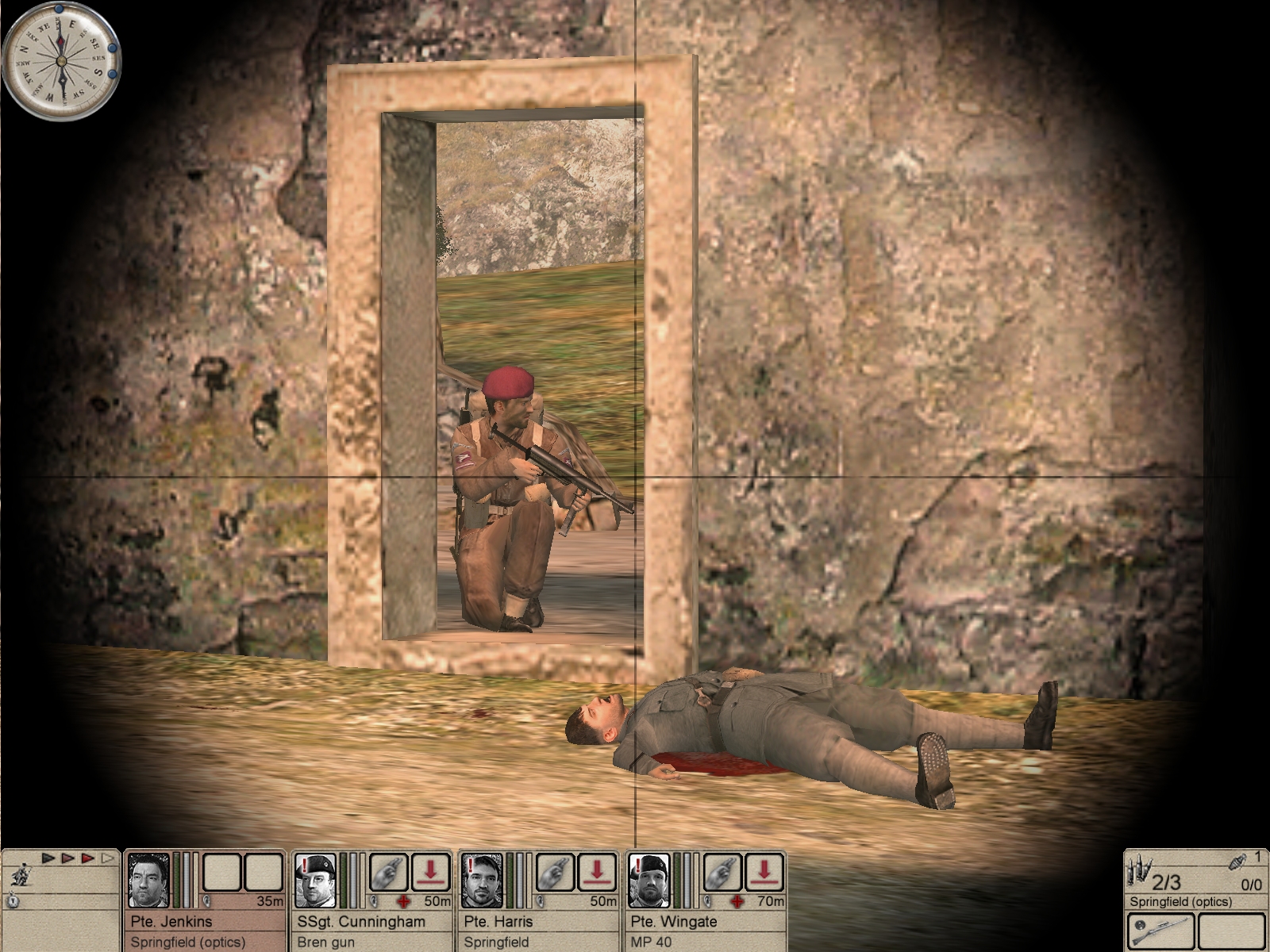 The Hidden & Dangerous 2: Sabre Squadron demo is a Schmeisser muzzle in the small of the back. I suspect the vast majority of people who played it, went on to purchase the rest of the add-on. 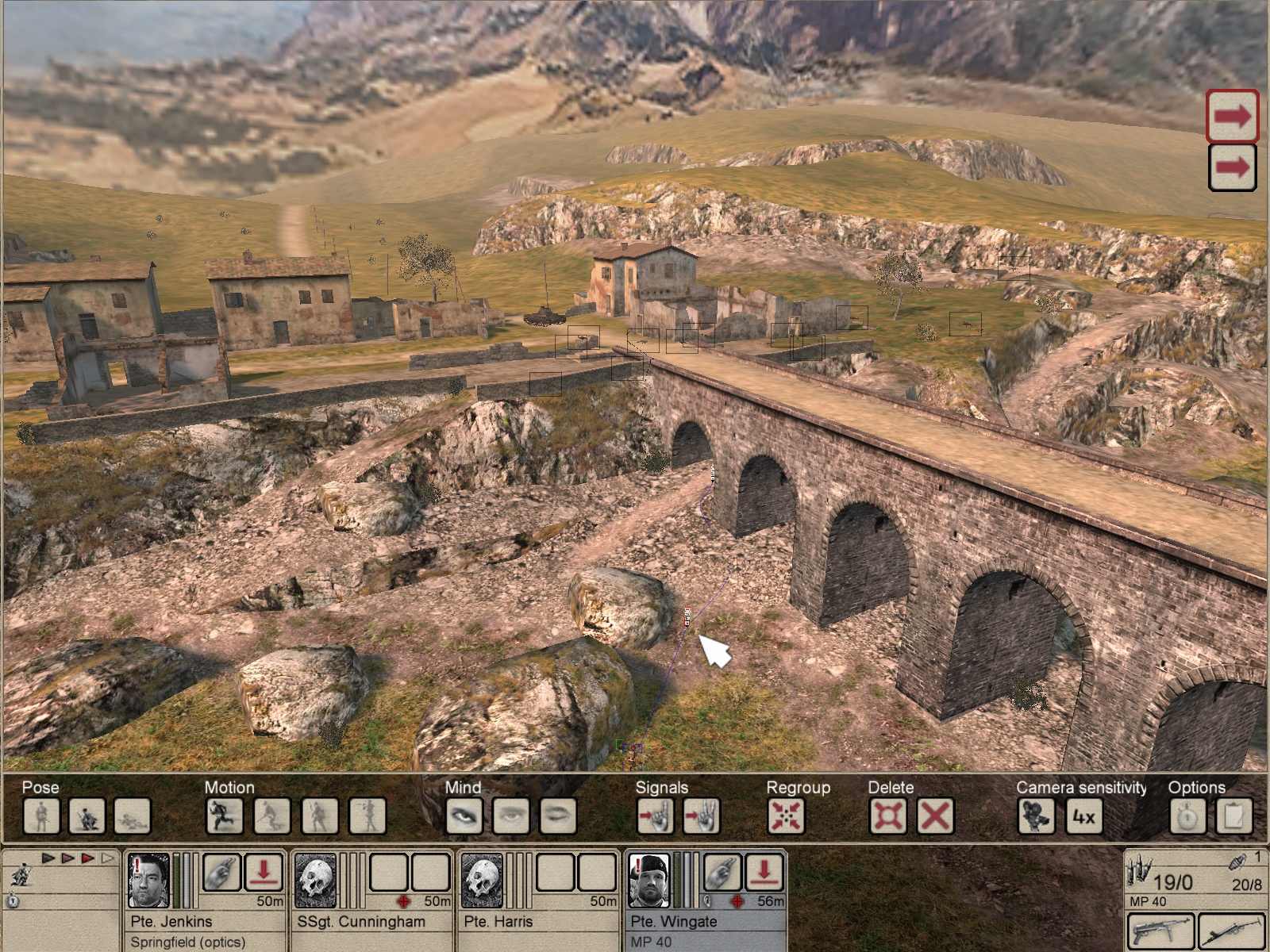 What starts out as a bridge destruction mission, quickly morphs into something quite different. To achieve victory you’ll need to manoeuvre your four-man SAS team (you can switch characters at will and issue commands using an RTS-style elevated camera) gingerly, and keep your eyes peeled, and your lead spitter handy. Enemy equipment may be scavenged, static weapons manned, and wounded pals patched up.

The gripping ‘Ponte Grande’ mission reminds me there are few more deserving candidates for a Dusty But Trusty than H&D2.