Next time you find your mouse cursor gravitating towards Graviteam Tactics: Mius-Front’s red star, Total War: Napoleon’s bicorne hat, or Ultimate General: Gettysburg’s twelve-pound cannon, spare a thought for Legionnaire, the almost forgotten 1982 trailblazer that showed legions of desktop generals that simmed scraps didn’t need to be stop-start to be manageable or memorable. 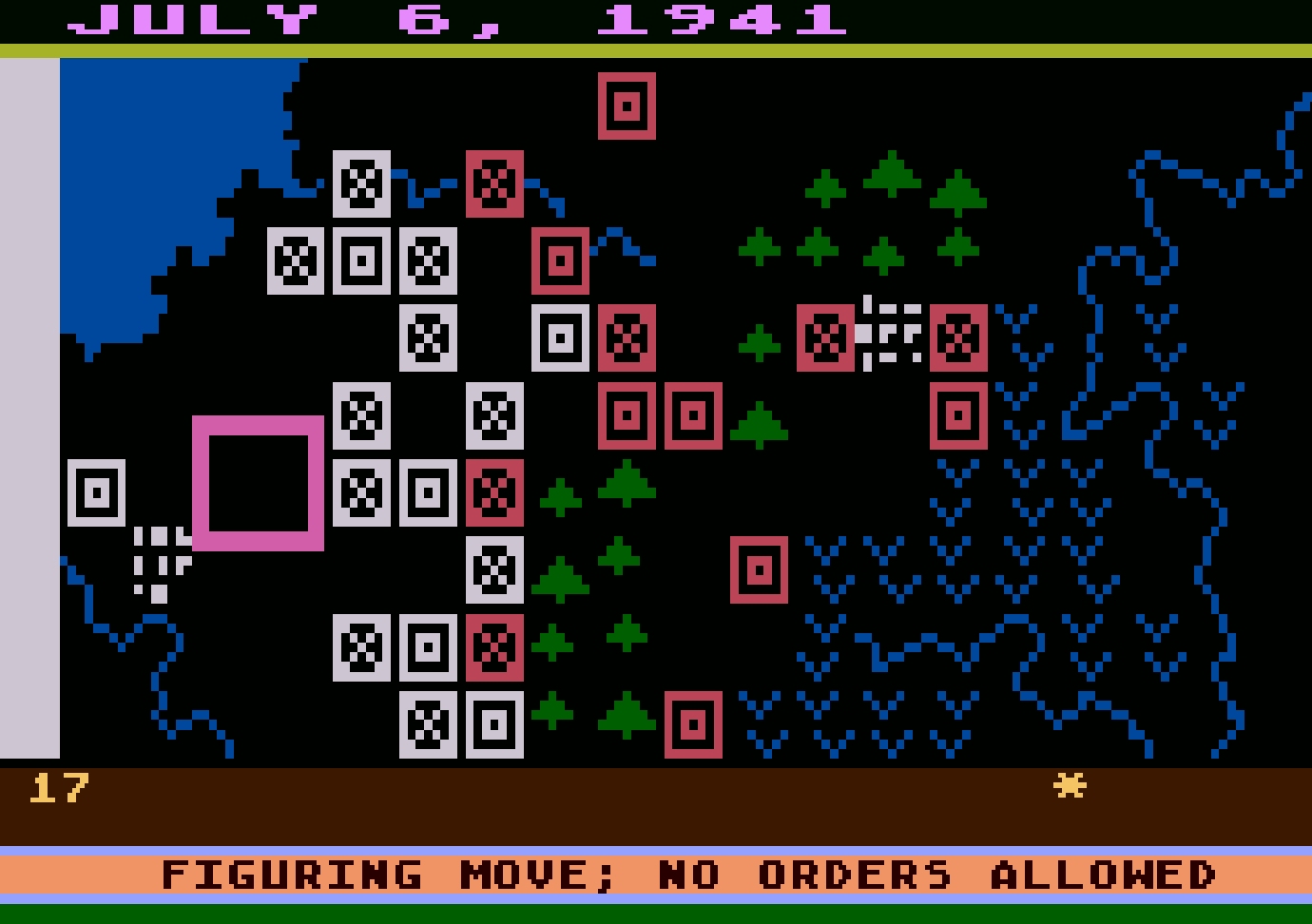 In early 1982, developer Chris Crawford’s stock was sky high. Endowed with unusually accomplished AI, a revolutionary scrolling map, and cutting edge graphics, his coded-in-five-months Eastern Front (1941) had garnered rave reviews, and, unexpectedly, was selling like hot pirozhki. A ‘killer app’ for the 8-bit Atari 400/800, it helped Crawford secure a prestigious job at Atari Research, and ultimately earned him over $40K in royalties (In 1982 the average price of a family home in the US was $70K). 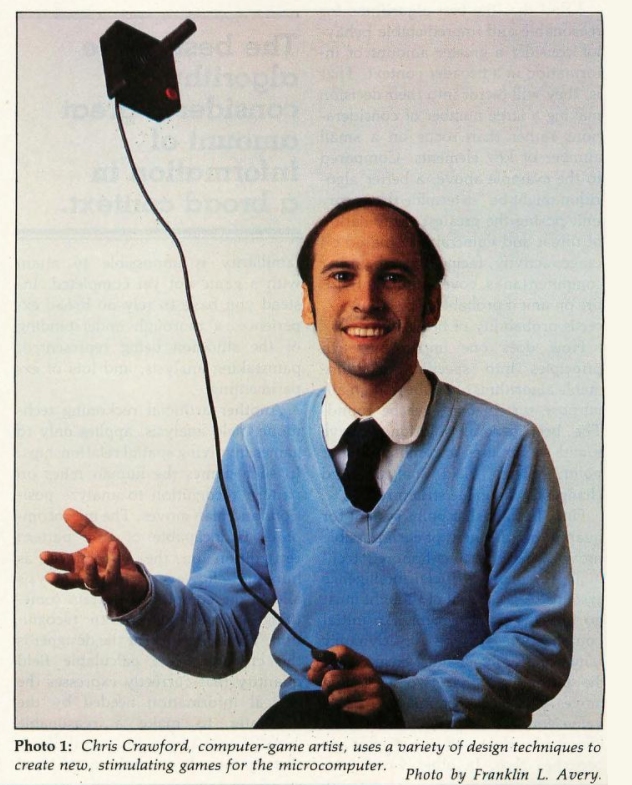 By day Crawford was slaving away on Excalibur – the Crusader Kings of its time. His evenings and weekends, he devoted to remaking one of his earlier designs, Legionnaire, a 1979 Commodore PET title that sold “about a hundred copies”. 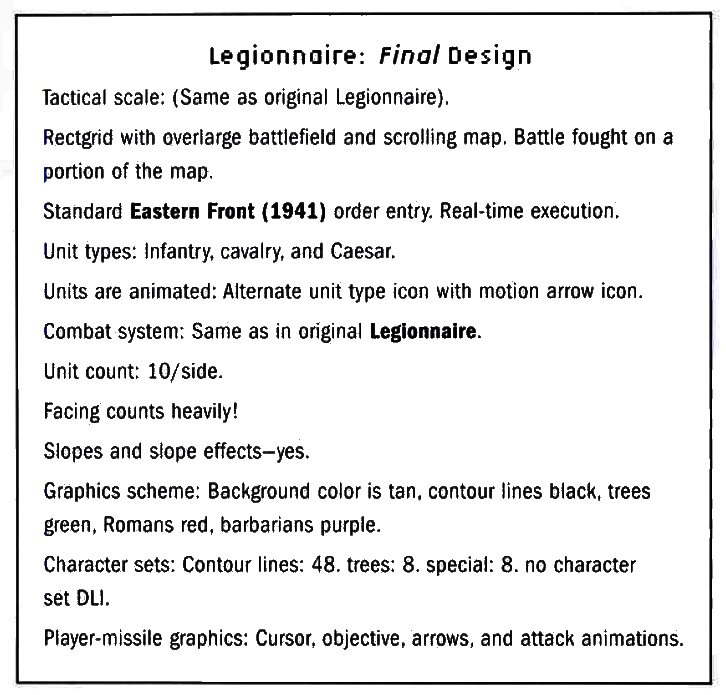 Legionnaire Mk. II was to be no lazy port. Taking full advantage of the Atari 400’s graphics coprocessor and wealth of RAM (16K!), Crawford decided to dial realism up to XI and discard a crutch wargame devs had, up until then, considered indispensable – the turn.

Nagging misgivings about player overload and the consequences of a battlefield larger than the screen (panning would be required to keep track of stragglers and satellite skirmishes) failed to derail development of the world’s first historical RTT. Trusting – hoping – that relatively low unit counts, and the Atari’s ability to swiftly scroll cartography, would allow commanders to command without running themselves ragged or getting annoyed, Crawford began coding in January 1982. By the start of March, a protoype was up and running, and the dev’s to-do list had shrunk to just eighteen entries… 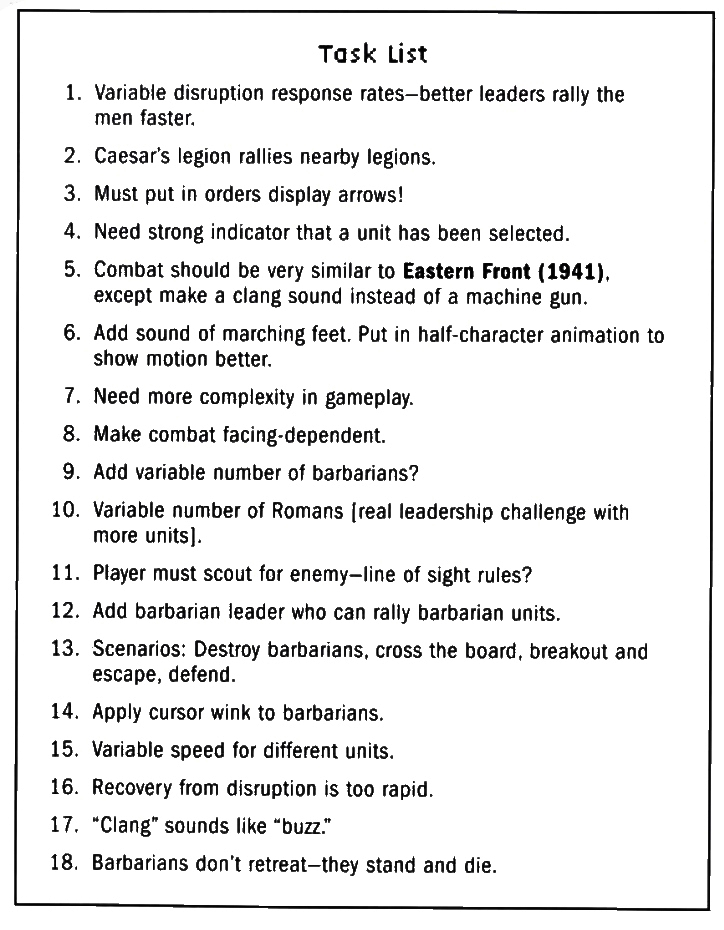 Entries 2, 7, 11, 12, and 13 threatened to play havoc with the project deadline so were ruthlessly discarded. It’s a testament to Legionnaire’s grog-grade combat mechanics, solid AI, and conceptual boldness, that the absence of LoS modelling, and victory conditions other than “defeat the enemy”, are so easy to overlook. 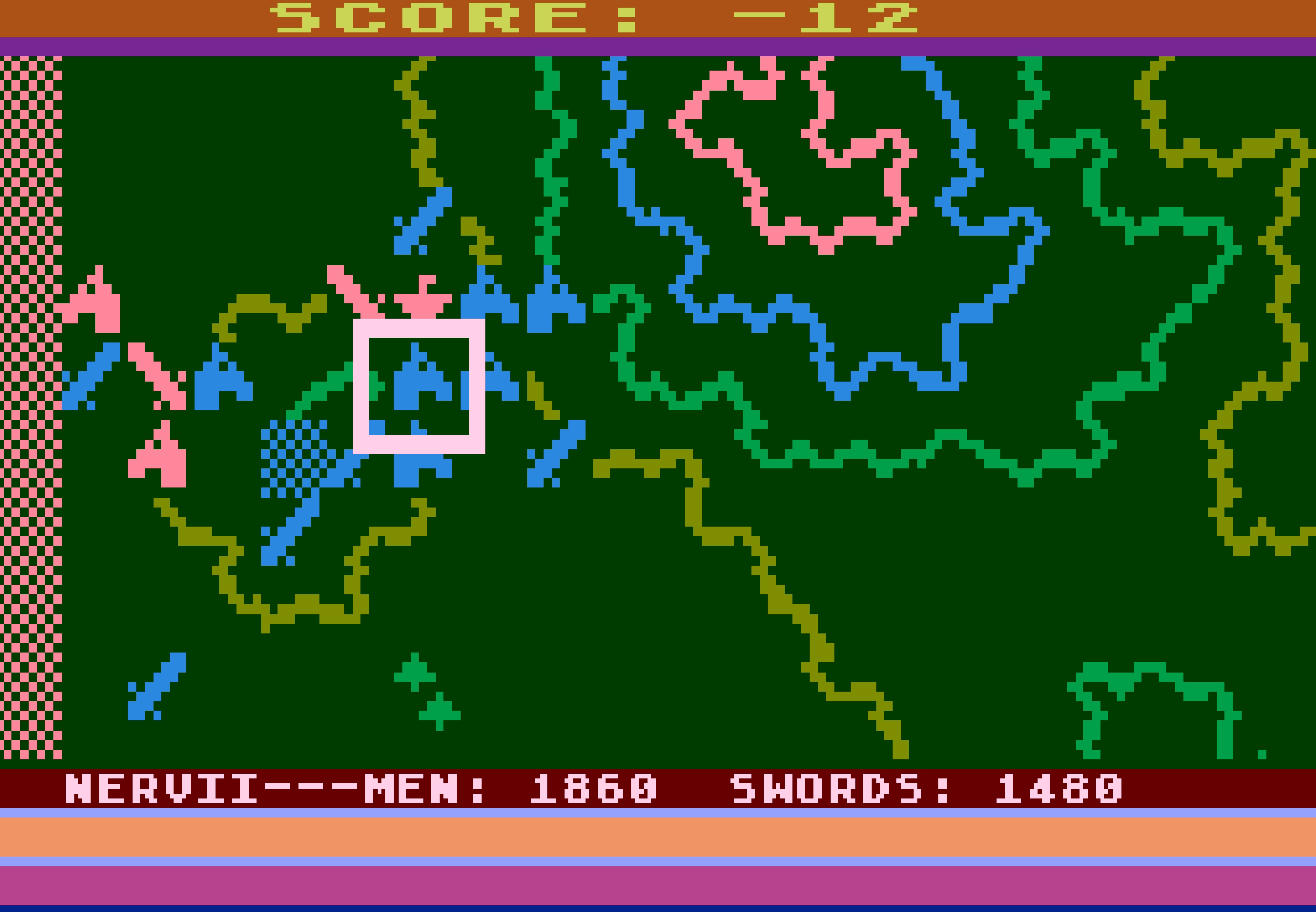 Many aspects of the game that Avalon Hill shipped in July 1982 still impress thirty-nine years later. For starters, don’t be misled by the handful of unit icons into thinking Legionnaire’s armies want for character and variety. Every one of the pink horse (cavalry) and sword (infantry) sprites in the image above represents a Roman unit with unique strengths and weaknesses. 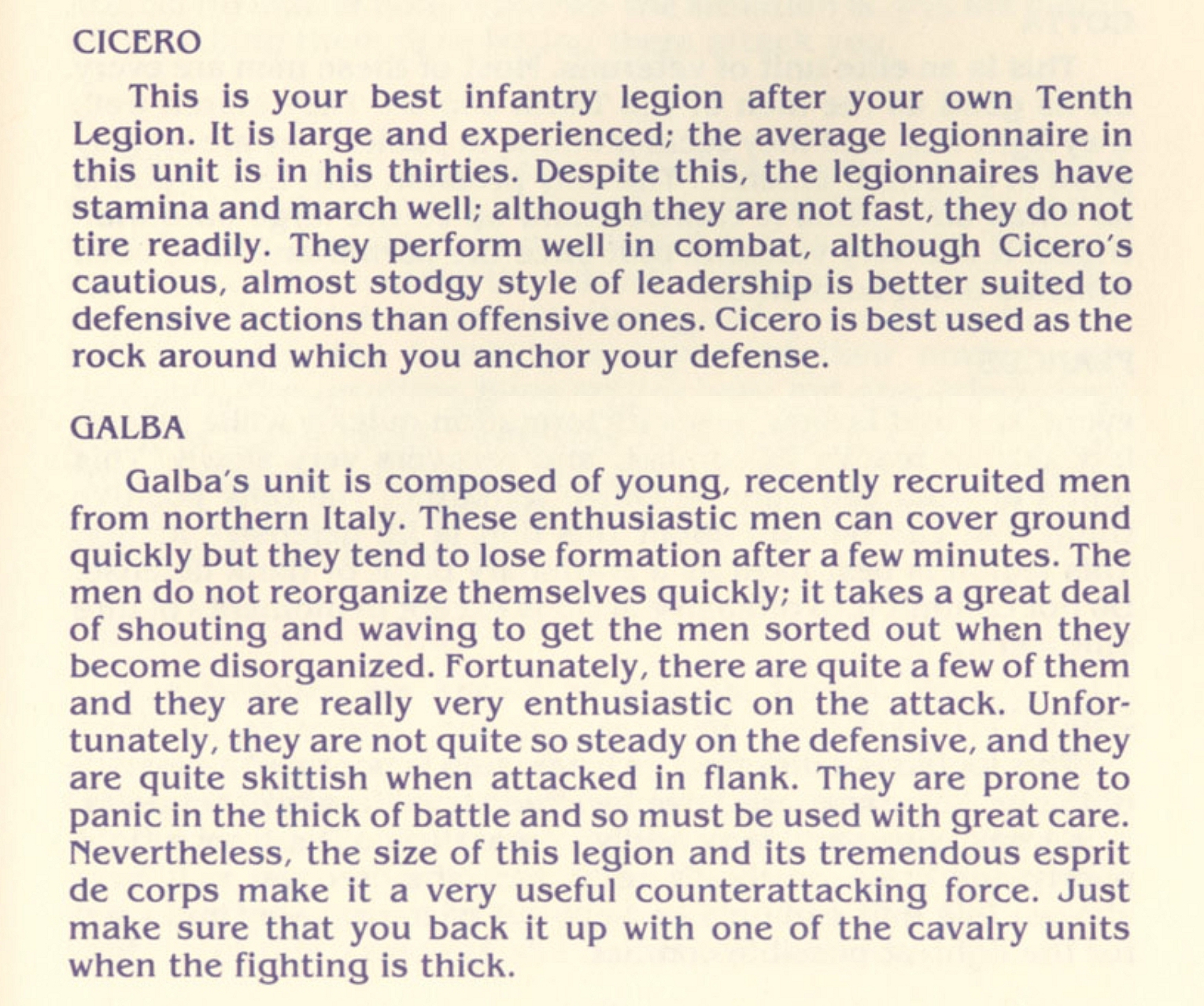 Was Crawford’s refusal to reduce capabilities and back-stories to a row of visible stats, a canny anti-piracy measure (there were helpful unit overviews in the manual) or a conscious attempt to keep decision-making instinctive? You’d have to ask the man himself, but whatever the motivation, I’d argue the friendly fog-of-war (only headcounts and ‘swords’ – a dynamic combat power indicator – are shown when a Roman unit is cursored) paid dividends.

The barbarians are dehomogenized in a different manner to the imperialists. At the start of a game, in addition to determining the size of your army (the enemy always fields twice as many units) you’re asked to pick two of sixteen tribes as opponents. That second choice is, for all intents and purposes, an invitation to customise difficulty and enemy AI. A clash against, say, Vocates infantry (ponderous, disciplined) and Menapii cavalry (numerous, swift) feels very different from one involving Eburones foot soldiers (aggressive, fragile) and Nervvii horsemen (circumspect, skilful). 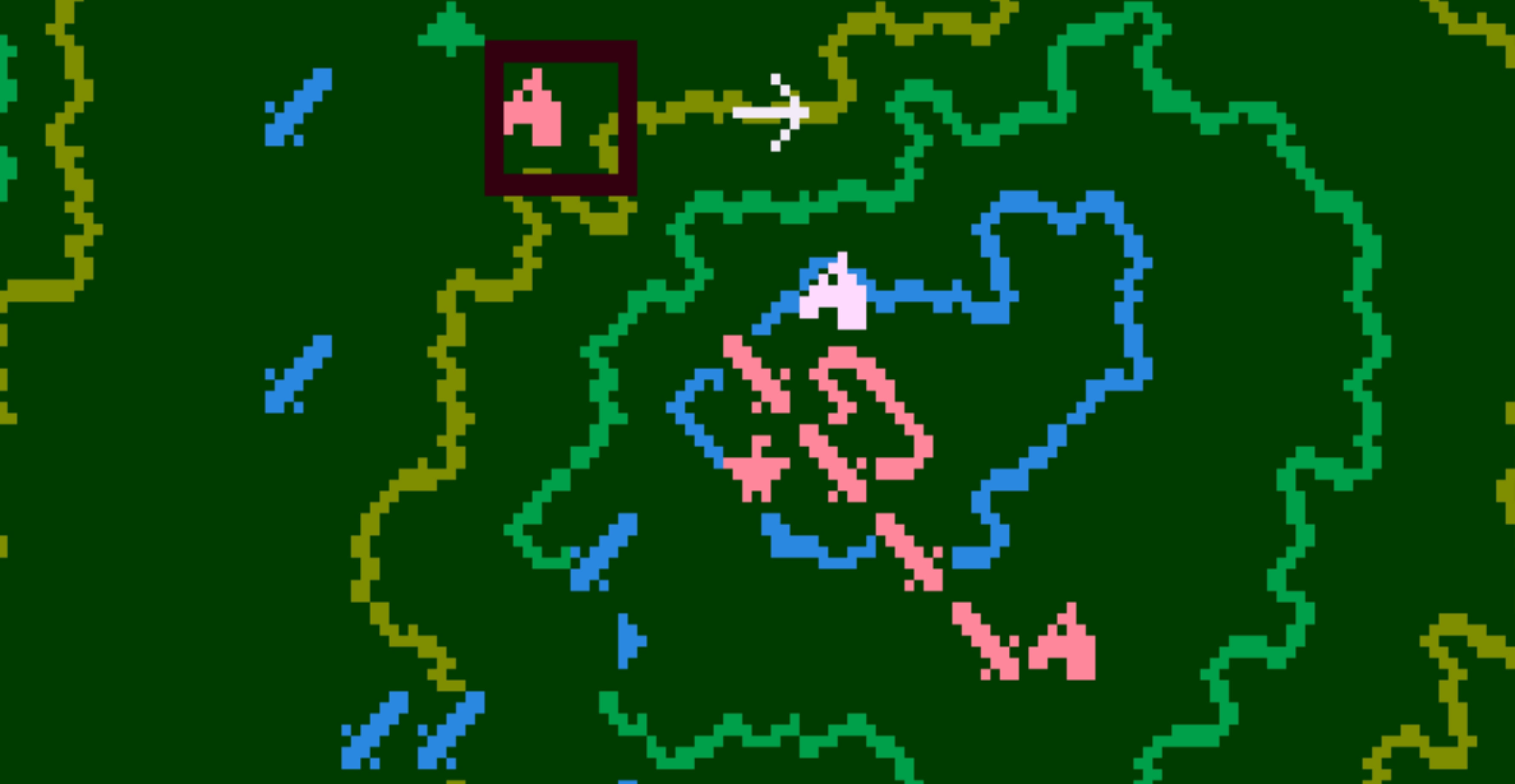 As the game watches combatant fatigue and disruption levels with an aquiline eye, and doesn’t go in for victory locations or time limits, parking your infantry on the nearest knoll and waiting for panting blue sprites to arrive, is often a winning strategy against reckless, lesser tribes. 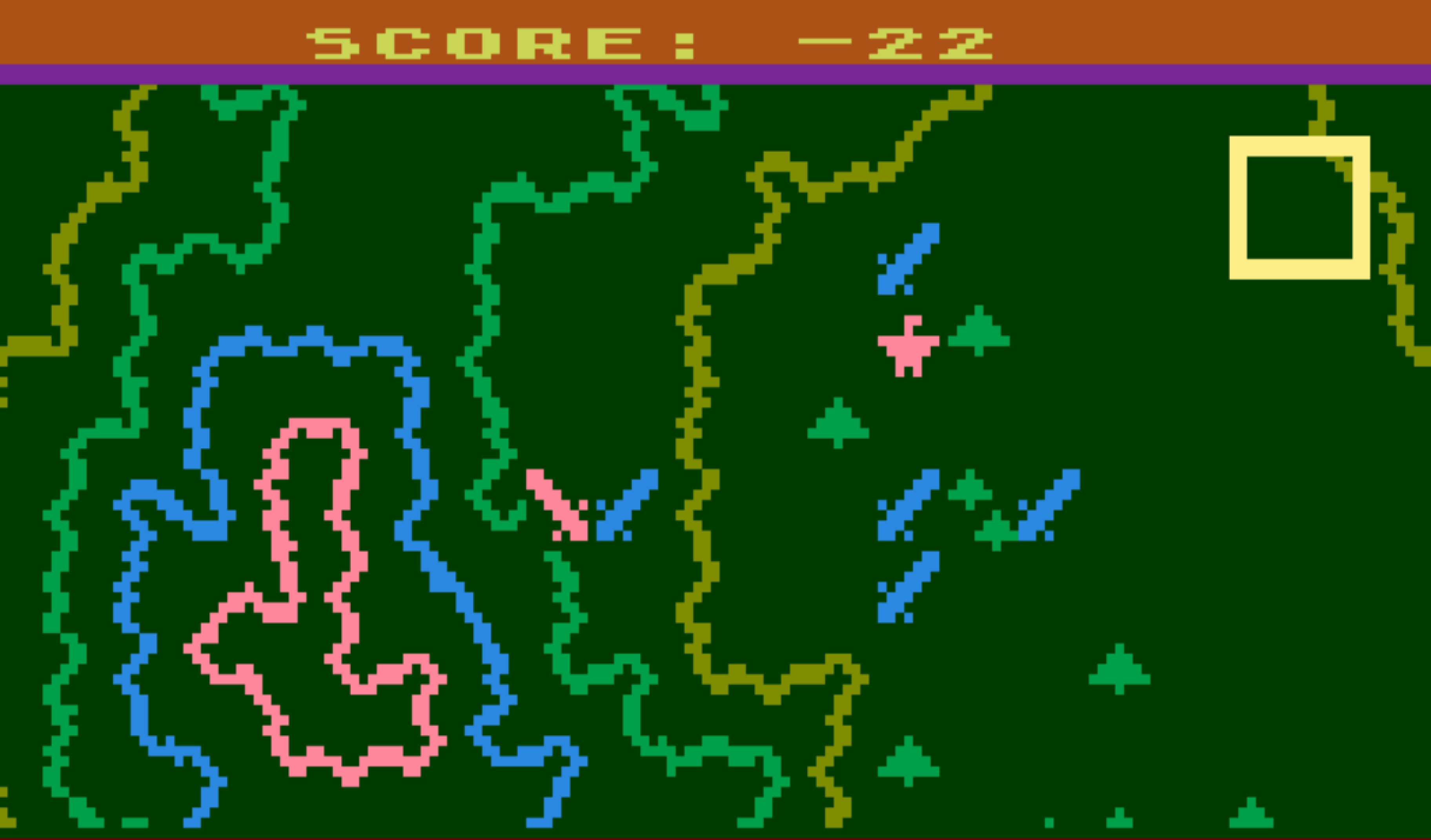 Employing this tactic against the barbarian elite, however, is asking for trouble. To beat the best you need to use your cavalry to distract, delay, and mop-up. You must arrange your scutum-clutchers ingeniously, and think hard (but quickly!) before ordering a charge. 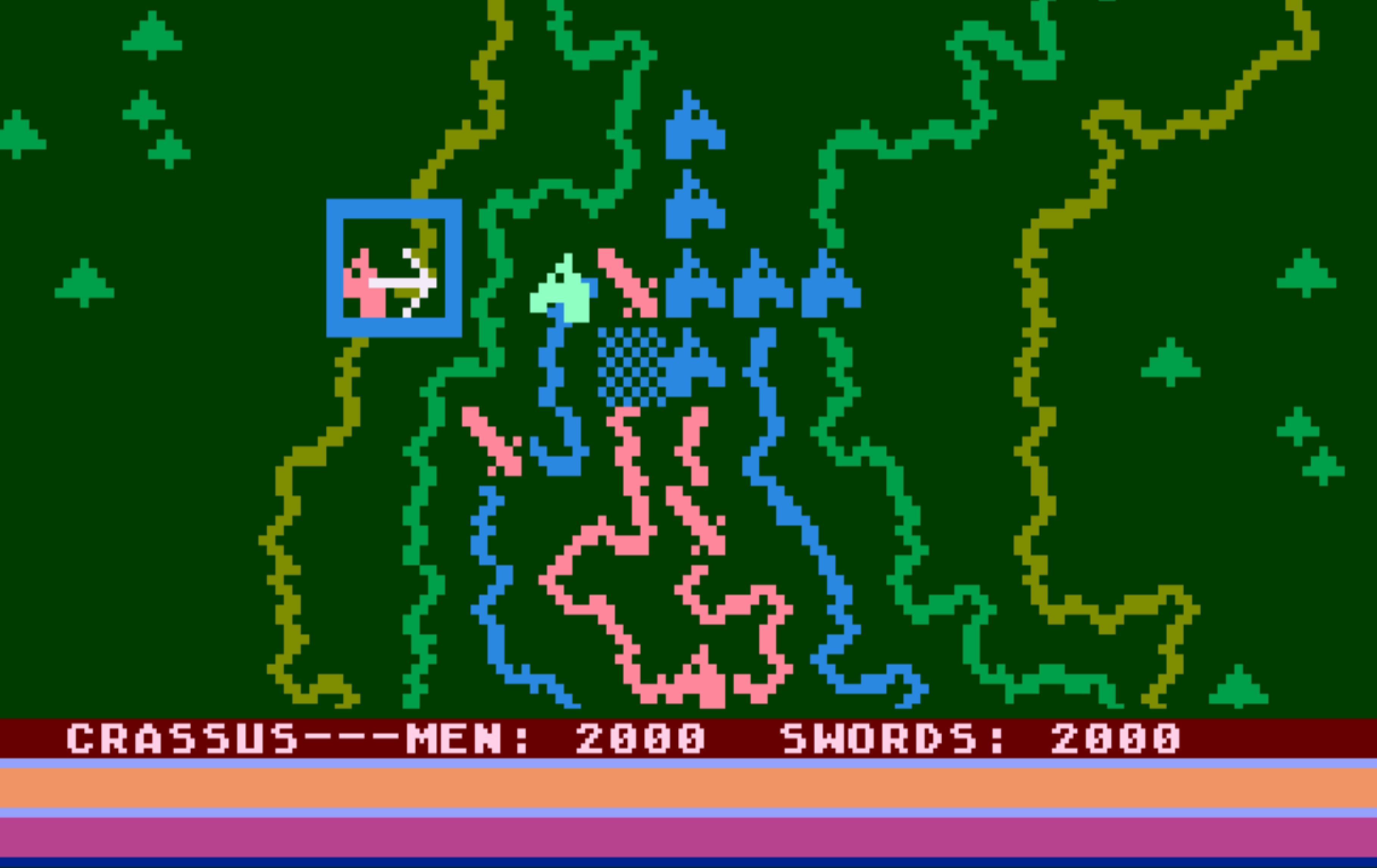 One of the highest compliments I can pay Legionnaire is that, at times, it makes me feel like I’m playing a superannuated, de-turned Field of Glory II. When advancing foes stop to rest a few squares from my lines then, once recovered, commence their attacks. When a timely flank charge by Labienus’ cavalry (“more experienced and less prone to crack under stress than Crassus”) ensures Sabinus’ legion (“weak, slow, and very badly demoralized”) isn’t dislodged from its vital position on the left. When I realise too late that Cicero’s counterattack was a mistake (He’s now completely surrounded at the foot of the slope!)… At times such as these, I wonder why Crawford’s daring experiment in real-time battle recreation seldom gets so much as a footnote in video game histories.

I’ve little doubt this plucky pioneer would be better known today if its creator hadn’t, as was his wont, immediately moved on. If Crawford had done what enthusiastic reviewers like Computer Gaming World’s Bill Willett optimistically suggested – “I hope Chris takes the format, expands the map, adds random terrain generation, moves it into the gunpowder era, and adds a two-player option” – who knows, Legionnaire’s name and reputation might have proved as enduring as its ideas. 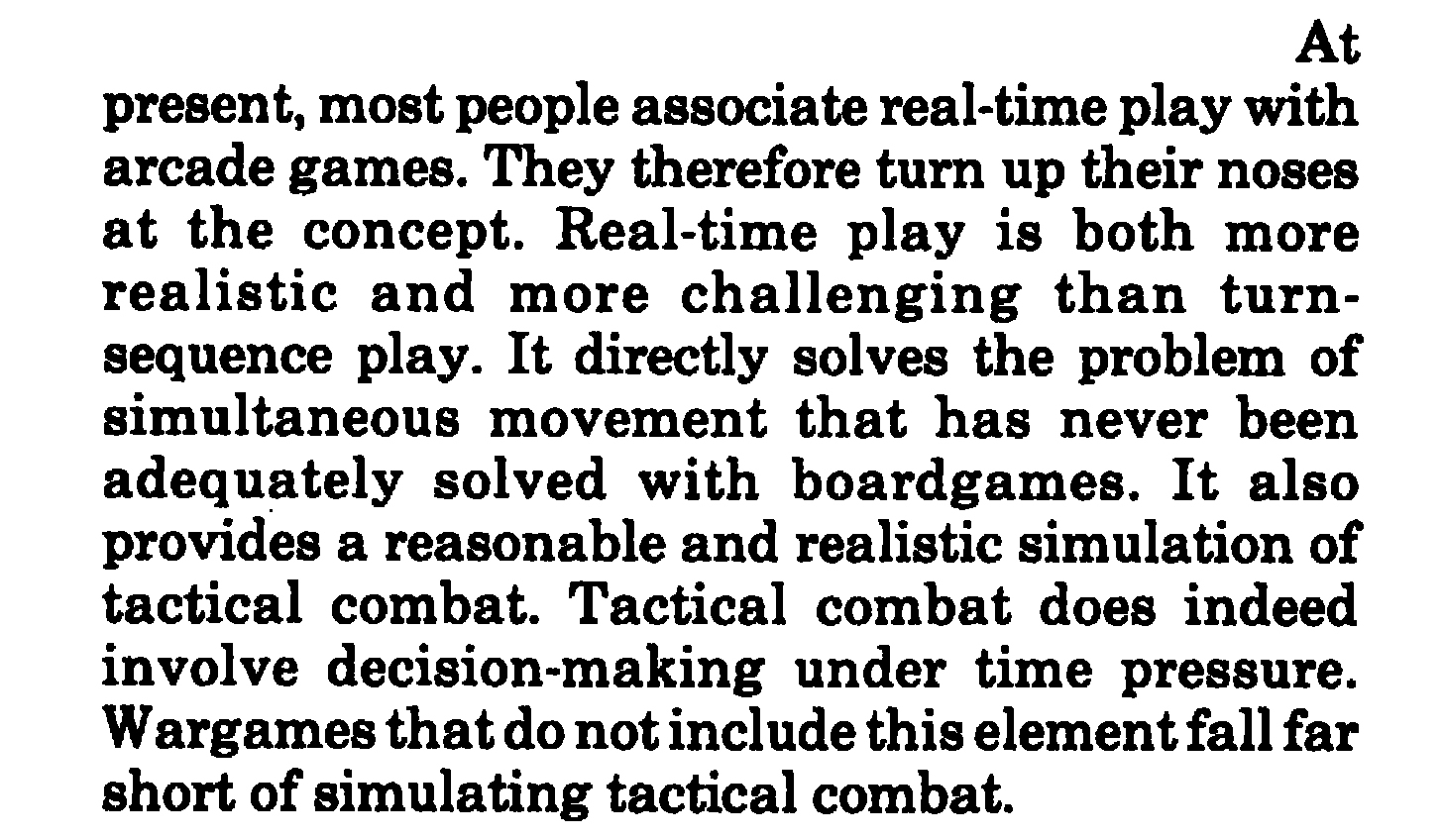