Over 7000 Knight’s Crosses were awarded during WW2. Major Belin’s, I’ve just discovered, was one of the 692 awarded posthumously. The three-man HQ team led by our gung-ho gong hunter is one of two German units completely wiped out this turn.

Belin’s final moments feel like frames from a Commando comic. When, three seconds into the turn, the halftrack’s machine gunner falls to a hornet swarm of SMG rounds, the galloping major immediately takes his place and begins hosing the window from whence the fatal shots came.

A fraction too late, he realises that there’s a more dangerous threat lurking within the white house. 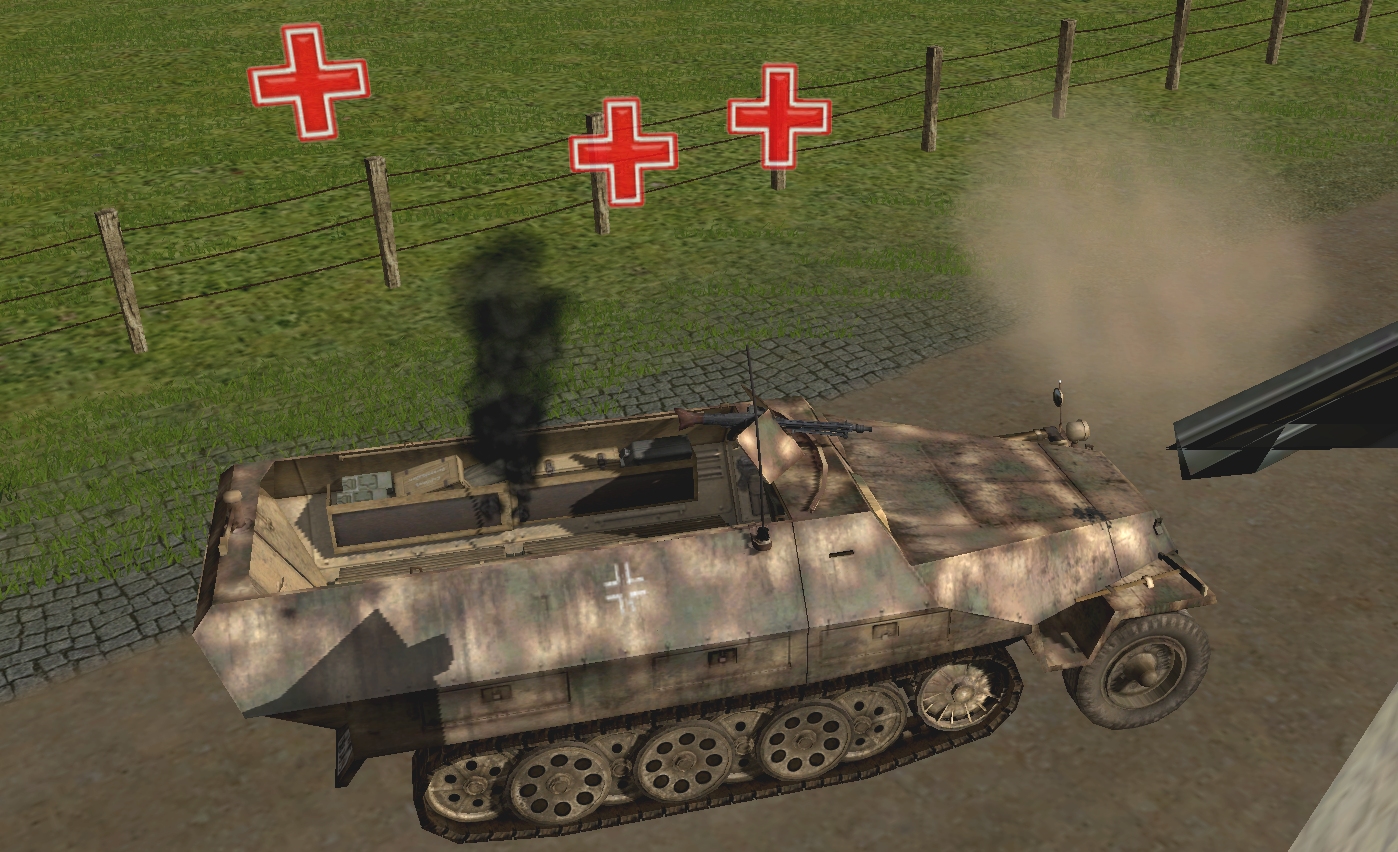 A terse hit label “Lower Front Hull: PENETRATION”, plume of black smoke, and a sprinkle of red crosses leave no room for doubt. The 1.1 kg shaped charge has done its job well. No-one exits the wreck. 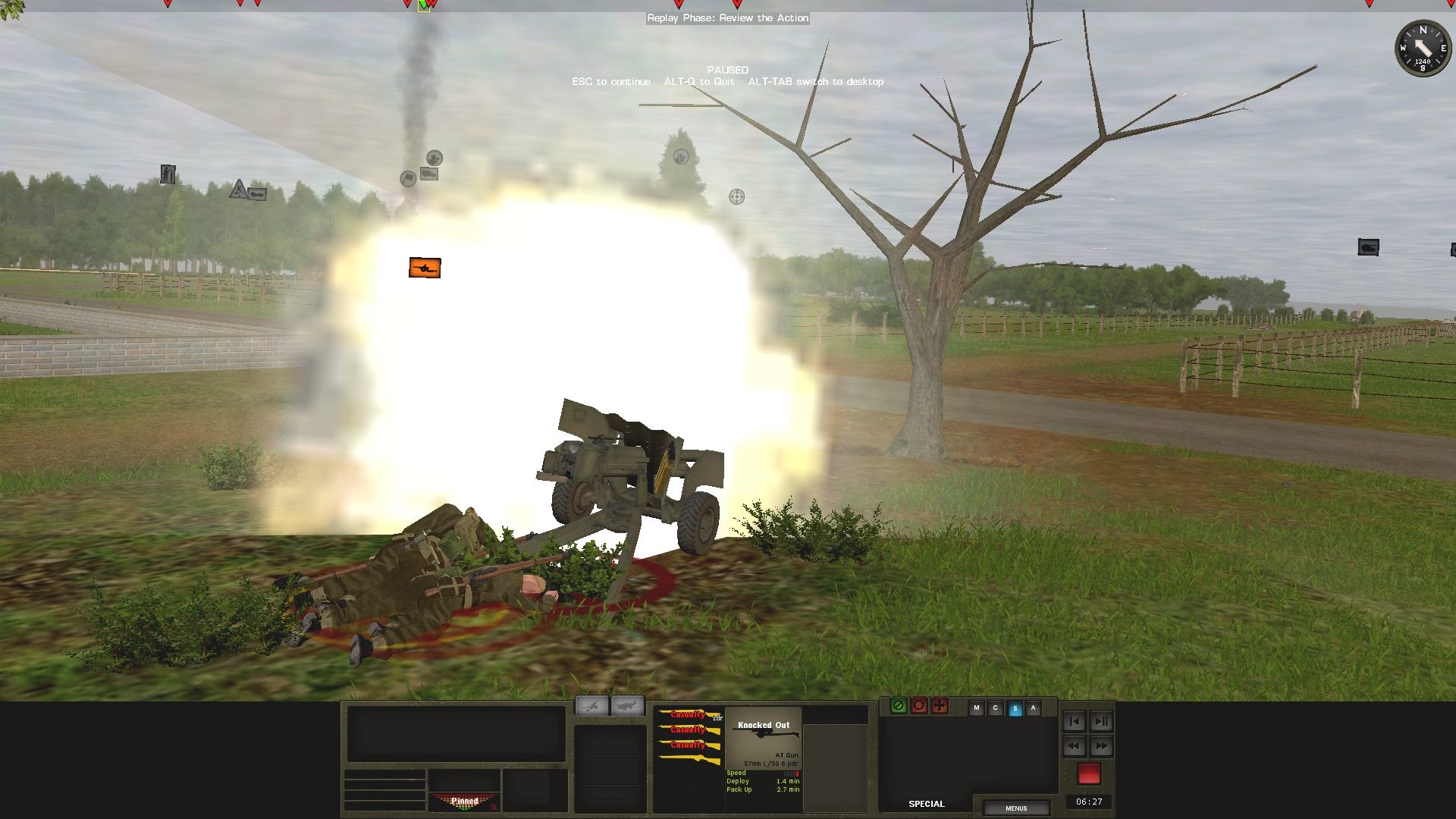 Before I share more bad news, here’s some good. At T+33 the self-propelled howitzer finally bests Best. The German armour that’s meant to be arriving at the end of the next turn won’t have to fight its way past the Britishers’ cunningly sited 6-pounder.

More glad tidings. At T+57 Woikin and his pal make it across the canal bridge despite the best efforts of the PIAT team (Griess proves less gutsy).

Would they have made if the occupants of the east bank foxholes hadn’t spent the sixty peppering the white house and, now and again, lone paratroopers in the red j-n woodland? I have my doubts.

In theory, ensconced in the garage for the entirety of the turn, Bulau’s half-squad should have been one of the safer eastern units. Cruel CMBfN decides otherwise. Ten seconds before the clock stops, the mortar that has been lobbing 3-inch shrapnel sprayers at the Autobedrijf Van Der Ley for the past minute, gets lucky. Consecutive hits shatter tiles, tumble brickwork, and disable fusiliers. The blasts leave Bulau and his companions blood-badged and groaning.

Meanwhile, up at the pumphouse, things aren’t going much better. 5 Squad end the turn two men down and shaken, the sniper team reduced to one man and pinned. The damage is done by an extremely patient/sly British unit. There’d been no indication that the foxholes at red a41 were tenanted until the lead storm that sent 5 Squad scutting for the safety of bricks and mortar. Exasperatingly, the Panzer 35R fails to notice that the pumphouse posse is in need of assistance.

6 Squad moves without drawing fire or flushing out any more scout slayers. 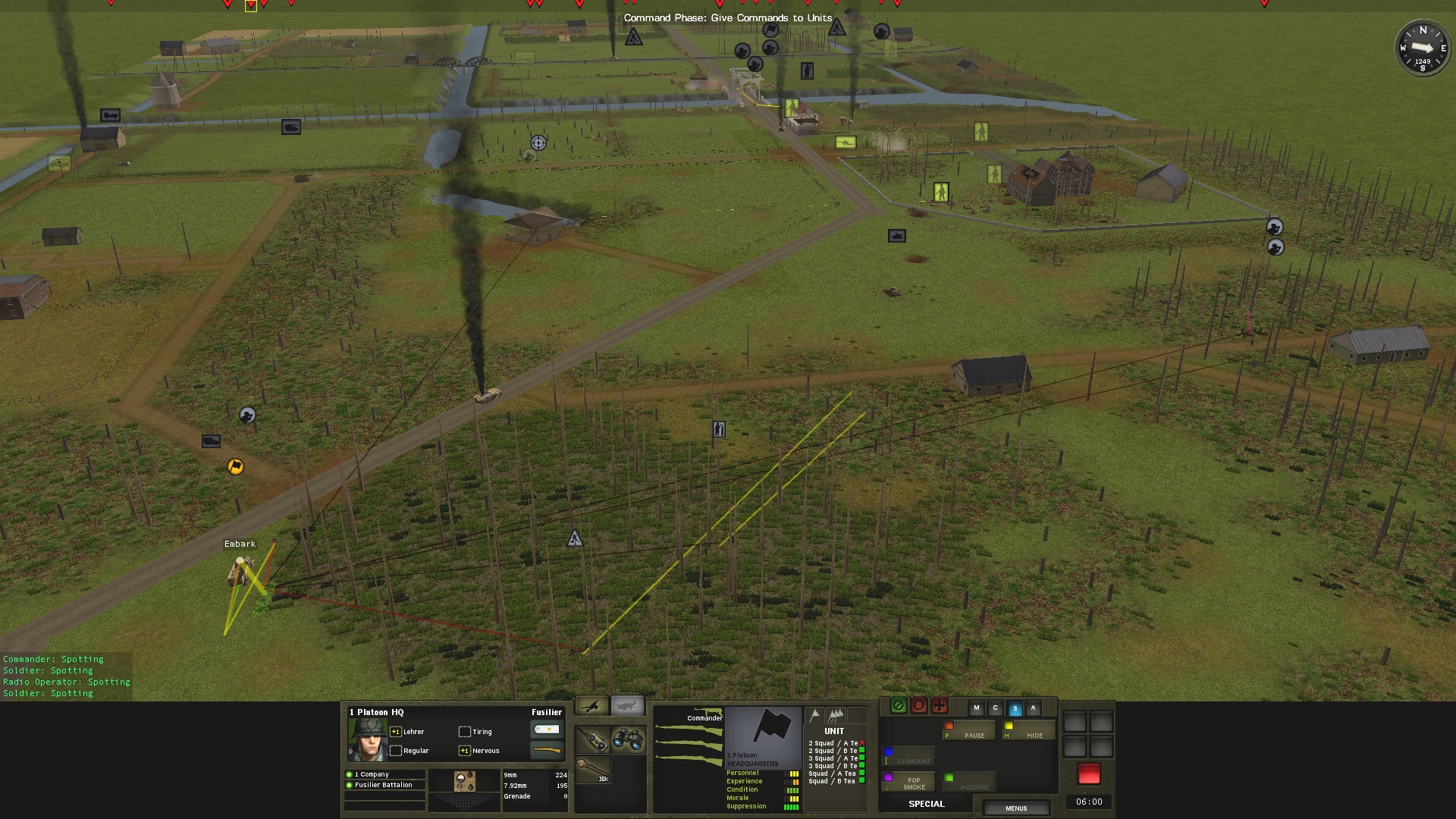 The rendezvous near the conifer plantation goes awry after the truck driver loses his bottle and decides to reverse back down the road. 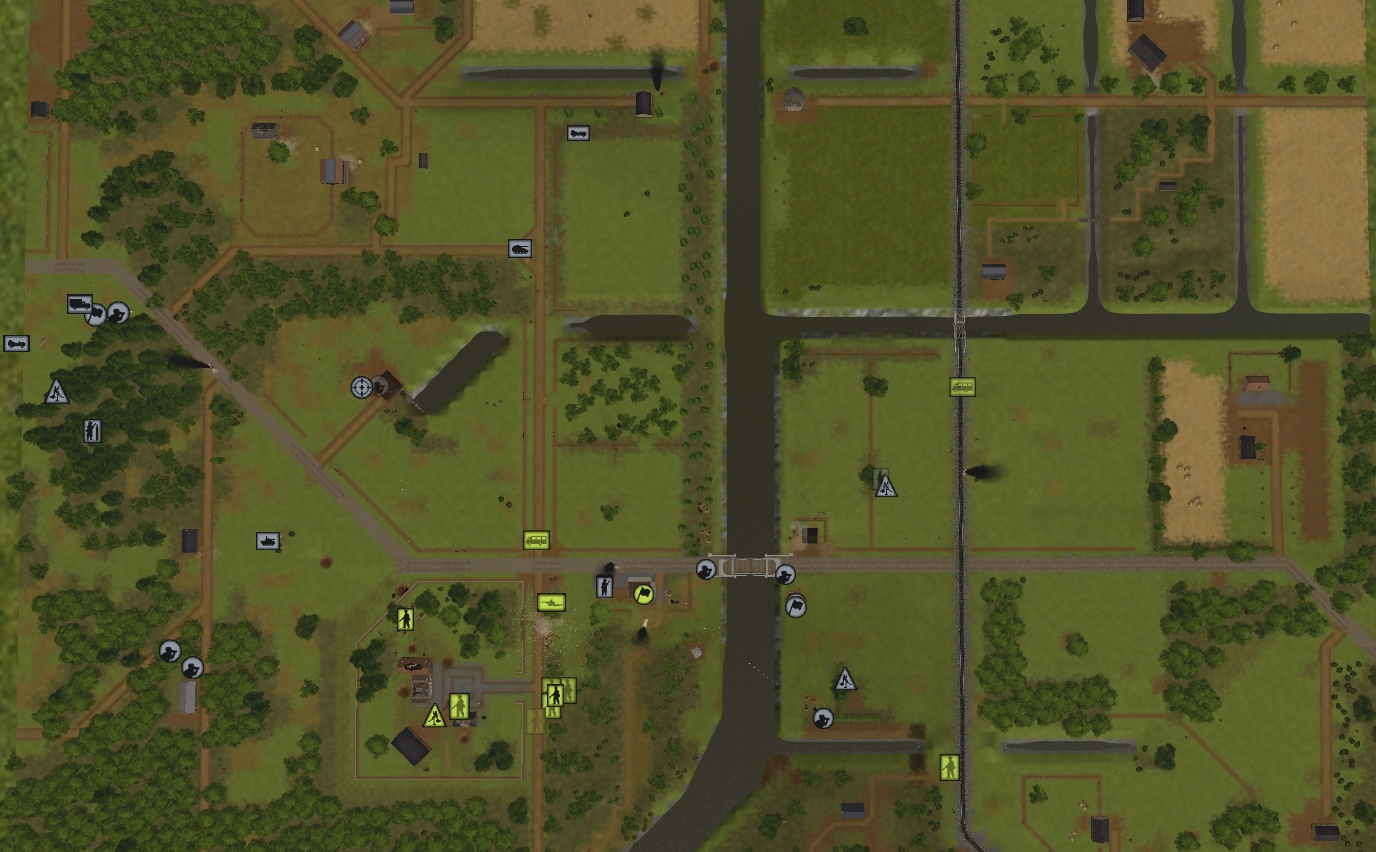